The 18th-century spirit dear to French collector Gérard Hugon, whose collection of furniture and objets d'art he inherited from his family and has constantly enriched since, permeated this sale. One of the highlights was a rare Chinese terrine. 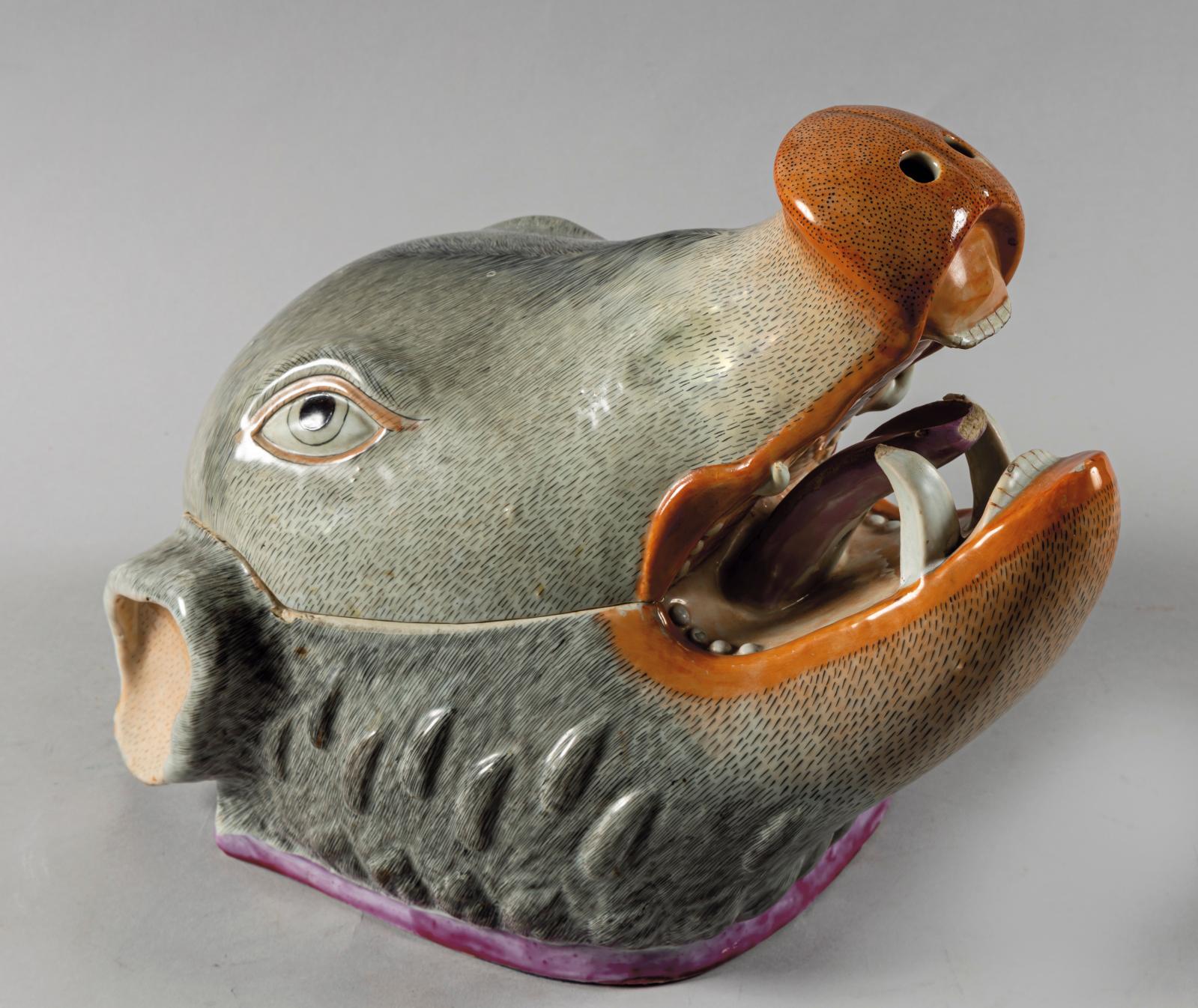 This odd-looking boar’s head attracted connoisseurs of the polychrome porcelain that the Compagnie des Indes made for export during the reign of Emperor Qianlong. It features the Chinese workshop’s signature colours: iron red, grisaille and pink enamel. An extremely rare piece, expert Alice Jossaume says she has not seen one like it “in the market for around ten years”. It must be said that these lidded terrines are very fragile: ours fetched €40,920 precisely because of its excellent condition. Highly fashionable in 18th-century Europe, many of them were ordered from European and Chinese workshops. For example, a 1763 order for 25 terrines in the shape of a boar's head placed with the Compagnie des Indes orientales is mentioned in W.R. Sargent’s Copeland Collection.