The Glory of Akbar 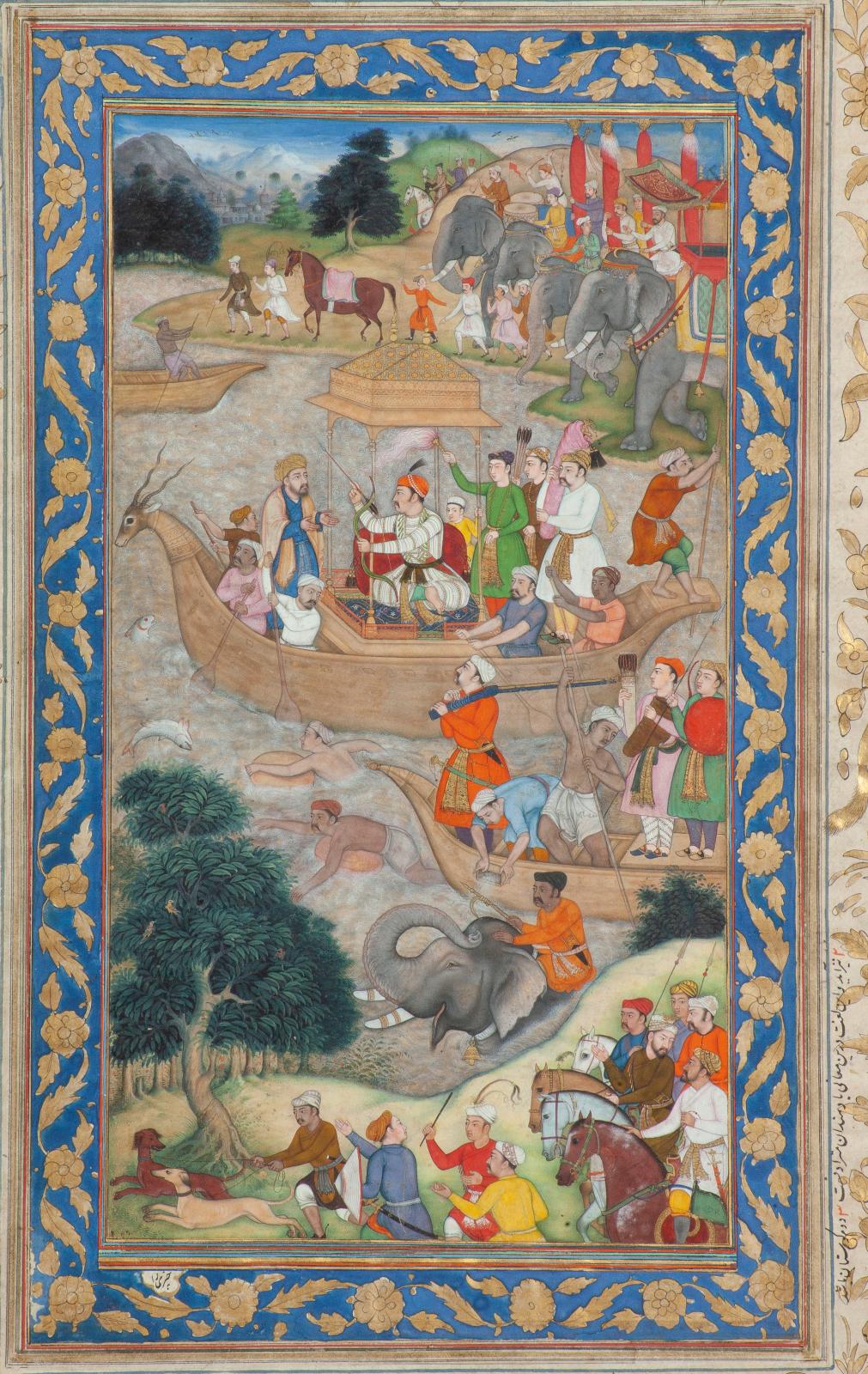 Two paintings, one attributed to the artist Dhanraj, the other to Dharmdas, both executed in around 1597, literally rocketed in this sale when they were knocked down for €400,000 and €275,000 respectively: prices rarely achieved in the Paris market by pieces of this kind. So a splendid success and cause for rejoicing, all due to their excellent condition and historicity. The works, making their first appearance on the market, were produced for the "Second Akbarnama" manuscript before being mounted on two pages of the Farhang-I Jahangiri dictionary in around 1619. The "Akbarnama", also known as the "Chronicle of Emperor Akbar", was written by Vizier Abu’l Fazl (1551-1602) on orders from his emperor. It describes two episodes from the action-filled life of Akbar (1542-1605): a hunting scene and a battle. The emperor mounted the throne as the third representative of the Mughal dynasty, which ruled India from 1526 to 1858. His work, and that of three of his successors, led to the famous expression the "Great Mughal". He was behind the extended domination of the entire Northern India region, the centralisation of power, the development of a modern administration and monetary unification. Meanwhile, the painting attributed to Dharmdas depicts a military episode that took place in January 1573 in Patan, in Gujarat, when Khan A’Zam Mirza Aziz Koka drove off the Afghans under the command of Ibrahim Husayn Mirza. This period of over three centuries saw the development of a meticulous, balanced style never before achieved, combined with an unobtrusive magnificence. These two miniatures are truly eloquent examples.