Preemptions for the Dreyfus and Zola Trials

Most of Feuillet's drawings of these key moments in contemporary French history will go to a major Parisian museum. 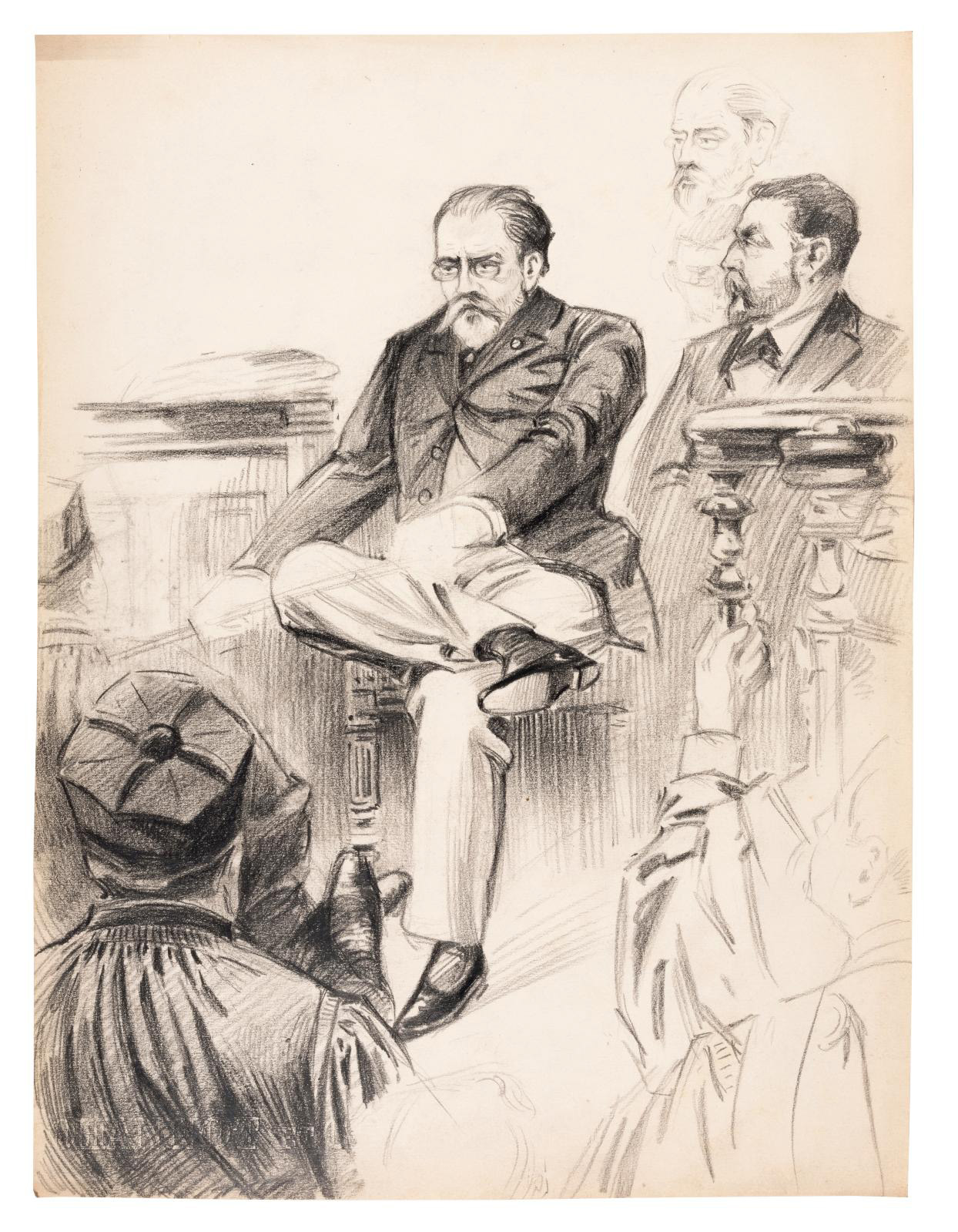 These bear witness to the Dreyfus Affair: the most sensational of the late 19th century, that revealed the mentalities in France at the time. The group, coming directly from the artist's descendants, garnered a total of €60,000. Fifty-seven of the sixty-one drawings of the trial produced by journalist and illustrator Maurice Feuillet were preempted by the Musée d’Art et d’Histoire du Judaïsme in Paris, which acquired them for €49,600. Before our eyes, they bring to life all the protagonists of the two connected trials: writer Émile Zola's in Paris in February 1898, and Captain Alfred Dreyfus's in Rennes in August 1899: not only the two defendants, but also the magistrates, officers, witnesses and experts who took the stand. The highest score, €7,936, went to a moving drawing of Dreyfus at the trial on August 12, 1899 (35.2 x 22.8 cm/13.9 x 8.9 in). This was one of those preempted by the museum, like one of Zola à son procès (Zola at his Trial), which went for €2,604 (reproduced), and the Portrait de Jean Jaurès (32.8 x 19 cm/12.9 x 7.5 in), which went for €2,170 after an estimate of €300/400.