There were great expectations for this large painting of "Saint Sebastian" by Mattia Preti, rediscovered in a house in Carcassonne. 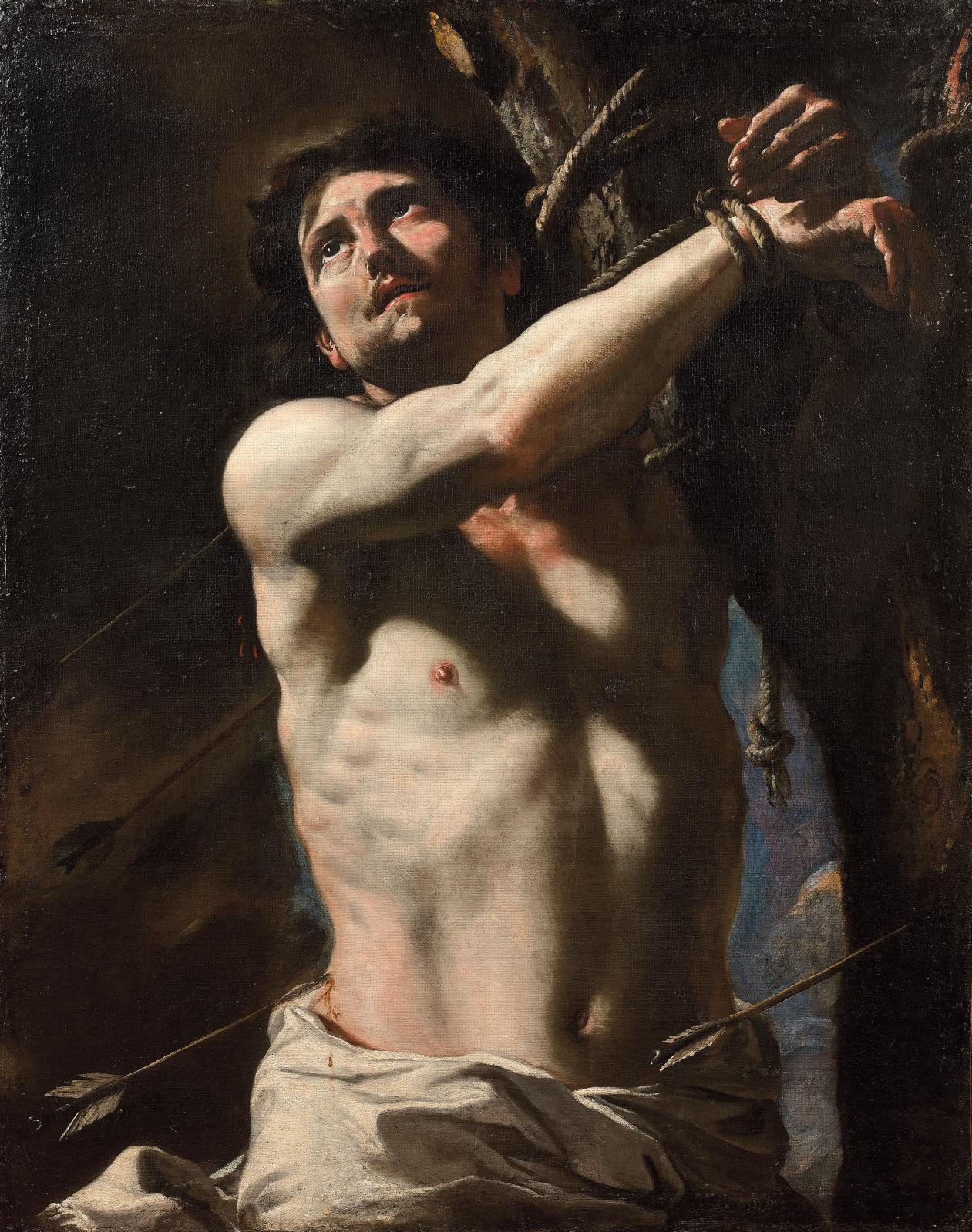 This museum-quality work galvanised saleroom and phones alike, with no fewer than seven international bidders bidding against each other, before finally coming to rest at €559,360: over four times its initial estimate. This was paid by the Fondation Bemberg in Toulouse, pursuing its policy for acquiring 17th-century paintings. So the picture will be leaving neither France nor the Occitania region. This result is one of highest scores posted for a painting by the artist (source: Artnet). The martyrdom of St Sebastian was a recurrent theme in Preti's work, and he painted several variations, including for churches in Malta, Naples and Taverna, his native town in Calabria, whose patron saint was none other than… Sebastian. The hagiography of the martyr is familiar: the young Gallo-Roman centurion from Narbonne was condemned to death for being a Christian while serving in Rome during the reign of the emperor Diocletian (284 to 305). Here he is shown just before being pierced by the hail of arrows; all the power of the painting lies in his confident gaze fixed on heaven. This version, imbued with Caravaggism, dates from the painter's Roman period, according to Preti specialist John T. Spike, and was probably painted between 1650 and 1652.

tableaux anciens, sculptures, bronzes, horlogerie
30-32, avenue Franklin-Roosevelt 11000 Carcassonne
Carcassonne Enchères
Info and sales conditions
News feed
See all news
New dates for the 35th Hyères Festival, in the South of France
Baltimore Museum of Art seeks to help the local arts community with $100,000 budget reallocation
Ancient Roman mosaic floor unearthed near Verona, Italy
The X museum slated to open this weekend in Beijing
Not to be missed
Lots sold
Treasure of an Italian collector
In the Ile Saint-Louis apartment of this Venetian collector, two…
Lots sold
A singular collection featuring a particular period
A passion for historical artists of the 20 th century led to a collection…
Lots sold
When Doré’s pencil meets Shakespeare’s text
If one painter epitomizes the spirit of Romanticism, it is Gustave…
Lots sold
Old Masters drawings, from Crabeth to Oudry
Entitled "L'Esprit créateur", this auction based on "The Creative…