The trumpets of fame sound for an Urbino dish beyond all expectations. 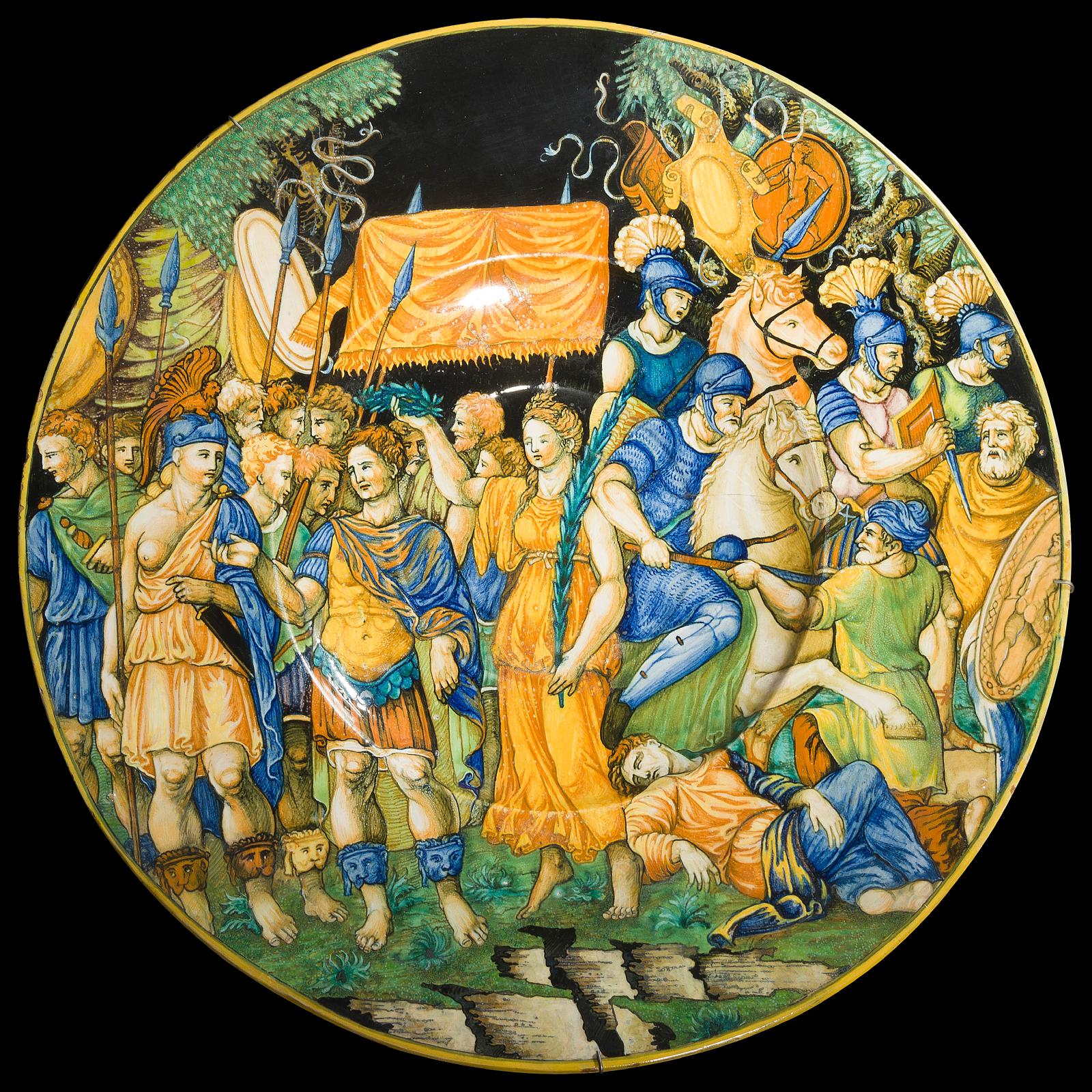 Urbino, ca. 1550, large round dish entirely covered in polychrome decoration, with an emperor being crowned by a figure of Fame, surrounded by soldiers in a landscape against a dark background, diam. 41.5 cm.
Result: €140,800

The surprise of the day came with this dish produced by the Urbino manufactory in around 1550. The announcement of two restored areas in no way dampened the ardour of the bidders, who battled all the way up to €140,800. It must be said that its decoration, whose exact meaning has not yet been deciphered, is highly accomplished. In the centre of the ambitious composition, a figure of Fame crowns a Roman emperor, while soldiers are still battling it out. The whole scene is set in a landscape with a dark background. The object's quality speaks for itself, establishing it as a first-rate piece of 16th century Italian majolica, for which Europeans would pay a fortune. In 2012, the Musée National de la Renaissance at the Château d’Écouen staged an exhibition (the first of its kind in France) to show how the initial development of this transalpine earthenware was connected with the rise of humanism. Here craftsmen sought their subjects in the rediscovered texts of antiquity's writers, like Virgil, Livy, Plutarch and Ovid, and in re-editions illustrated by contemporaries. The history and mythology of Greece and Rome often provided themes for decoration known as a istoriato around the turn of the 15th century. Nicola da Urbino (ca. 1480-1538) was the main figure in the eponymous duchy, notably working for Isabella d’Este, to whom he delivered a large number of pieces. His influence probably inspired the creator of this dish, and possibly others. Like the entire contents of the sale, this ceramic piece came from a Paris apartment furnished by a lady with a pronounced taste for the Renaissance.