With Lalique and Picasso for Madoura, the big names made a splash here, represented by sometimes virtuoso pieces like this strange, faceted vase reminiscent of distant China. 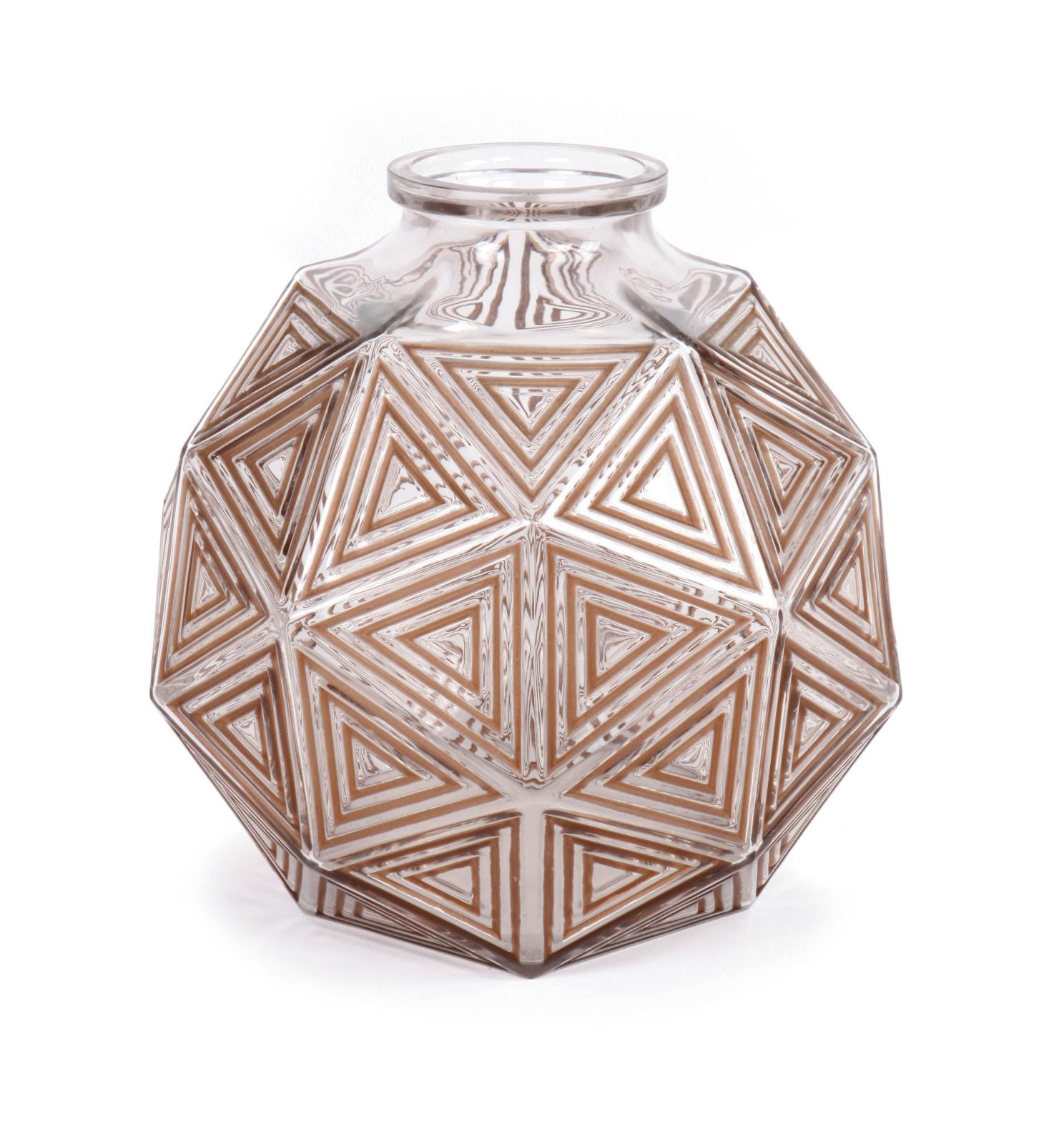 The signature, "R. Lalique France N971" underneath made with a knife tip, leaves no doubt as to its creator. René Lalique created this Nanking vase, also known as "Facettes triangulaires" ("Triangular Facets"), on September 23, 1925; a rare model in blown, molded and patinated white glass, sporting geometric volumes in pure Art Deco style. This garnered €25,420. Three decades later, Pablo Picasso produced a new form of ceramics for the Madoura studio in Vallauris with pieces bordering on artworks, as witness a rectangular Dove dish (32 x 38.5 cm/12.6 x 15.1 in) in incised polychrome terracotta, embellished with a dove resting on a bed of straw. Marked on the underside with "Picasso Edition", and "Madoura plein feu", "D'après Picasso" in intaglio, the artifact fetched €7,564. These two great artists were accompanied by Maurice Le Scouëzec: one of the most original of the "Montparnos" who haunted the cafés of the Vavin crossroads in Paris of the 1920s. His highly imaginative work was illustrated here by a Femme aux Yeux Verts (Green-eyed Woman) (75 x 53 cm/29.5 x 20.8 in), an oil painting on cardboard backed with canvas, duly located and dated "Montparnasse, 8 mai 1921". Bearing the studio stamp on the bottom right, and listed in the artist's catalog raisonné under number 2399, this went for €6,448.