In Narbonne, a night bird in muted colours by the solar artist tripled its estimate. 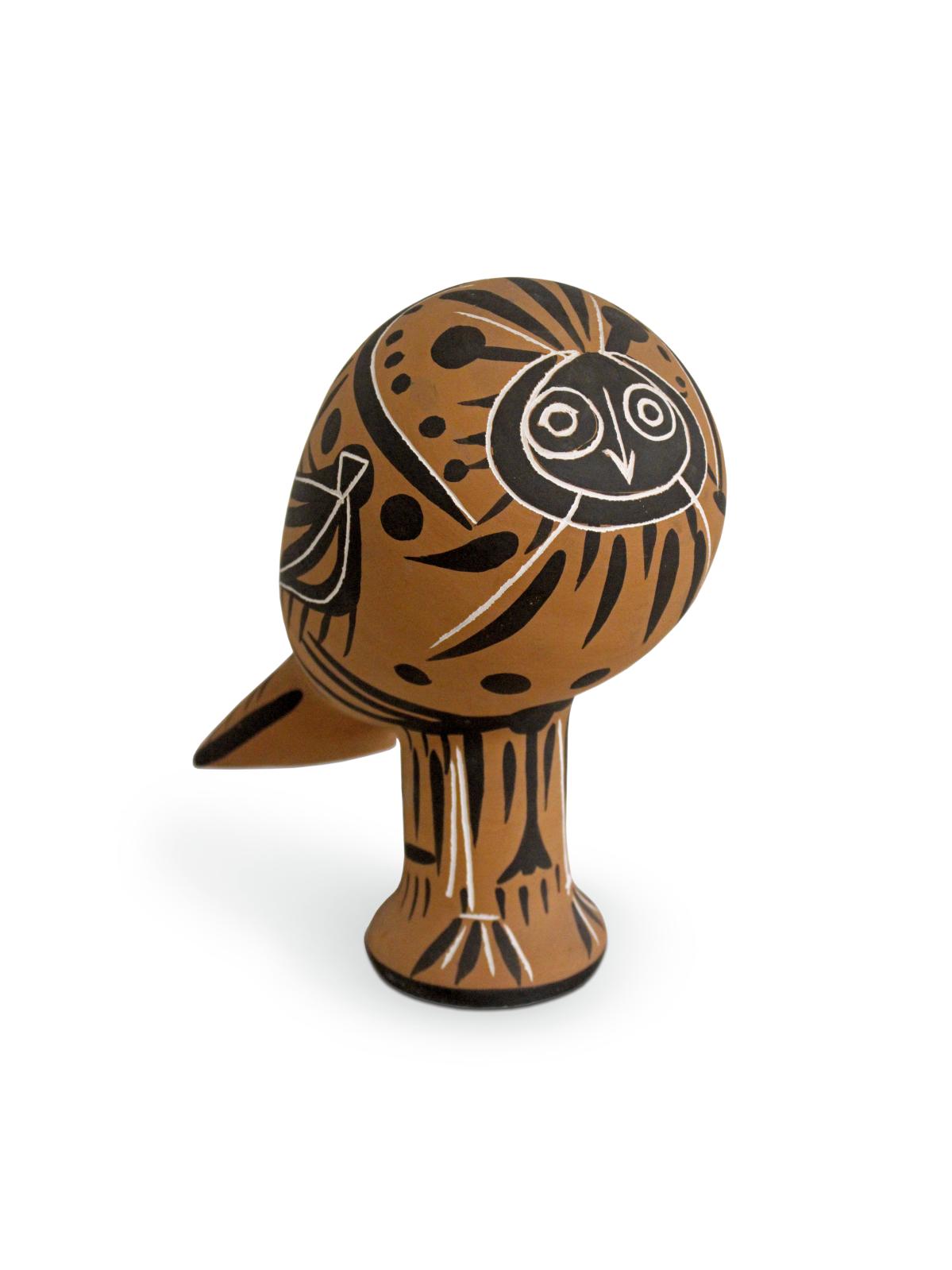 For the Madoura studio, Picasso abandoned "toros and toreros", doves and female profiles, choosing this time to depict a bird once considered fearsome: the owl. He gave its form to a sculpture in white earthenware with red and black polychrome slip. Beneath its claw can be read "Edition Picasso 18 Madoura". For this rare edition of twenty-five issued in 1953 (referenced under no. 224 in Alain Ramié's catalogue), a collector fearlessly laid out €75,640. This fine score was also due to the fact that the owl came from a Perpignan family to whom it had been given by Picasso himself during one of his many stays in the Catalan city...