This auction focusing on the dispersal of the George-Daniel and Henry de Monfreid Collection recalled the close friendship between the painter and a modern art giant: Paul Gauguin. 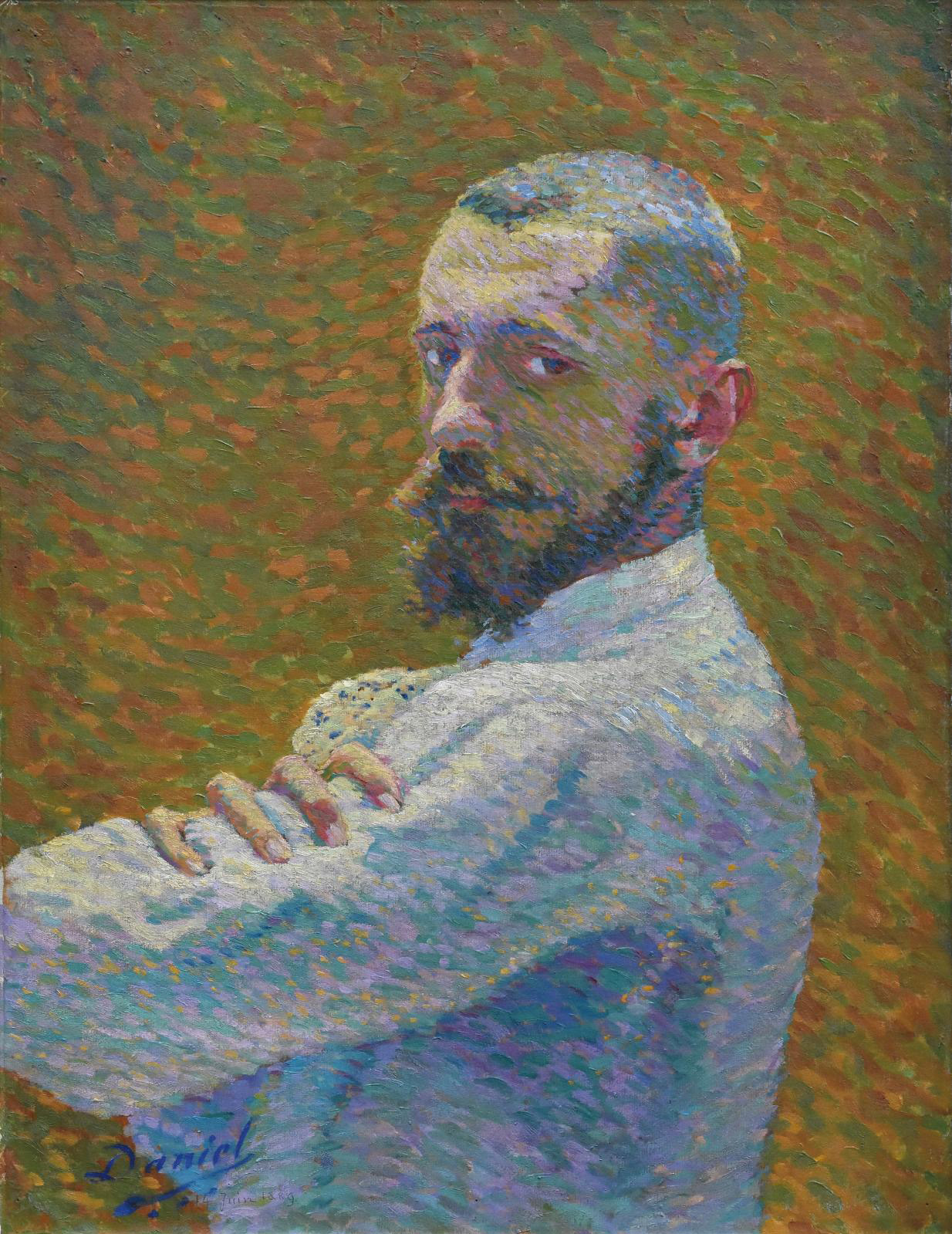 In his Autoportrait à la veste blanche (Self-portrait in a White Vest; see the Monfreid et Gauguin, une amitié artistique article in Gazette 42, page 145), George-Daniel de Monfreid haughtily sizes us up, his arms crossed. Dated “14 juin 1889”, the three-quarter view (65 x 49 cm/approx. 25.6 x 19.3 in) was painted during his short-lived Divisionist period. Another point in favor of this highly modern work is that it was shown at the Café Volpini with the Impressionist and Synthetist Group during the 1889 Exposition Universelle. No wonder the musée d’art Hyacinthe-Rigaud in Perpignan preempted it at €90,376. On the other hand, the Autoportrait à la boîte de peintures (Self-portrait with a Box of Paints) did not find a buyer. Monfreid executed the work from memory to honor his close friend Gauguin, who had appointed him executor of his will. He made the woodcuts for Noa, the famous book Gauguin wrote around 1893-1894 about his first trip to Tahiti, including his relationship with Tehema and ancestral Maori imagery. There were 26 at the auction, of which 23 were published in the 1924 Crès edition. The Perpignan museum preempted this unique group at €25,280. Monfreid recorded his thoughts, including details of his everyday life, in his carefully kept journal. Written between 1896 and 1907, in 1909 and from 1916 to 1929, the 95 notebooks are packed with details about meeting other artists or his impressions of them, including Albert André, Boutet de Monvel, Cézanne, Maillol, Matisse and Steinlen. The same museum in Perpignan bought them for €11,502.