From a Rembrandt Bugatti Panther to a Kota Reliquary

Much exoticism preluded this rich Norman auction, further enhanced by the genius of the Italian sculptor and that of a Gabonese artist, who came together under the gaze of a nude by Degas. 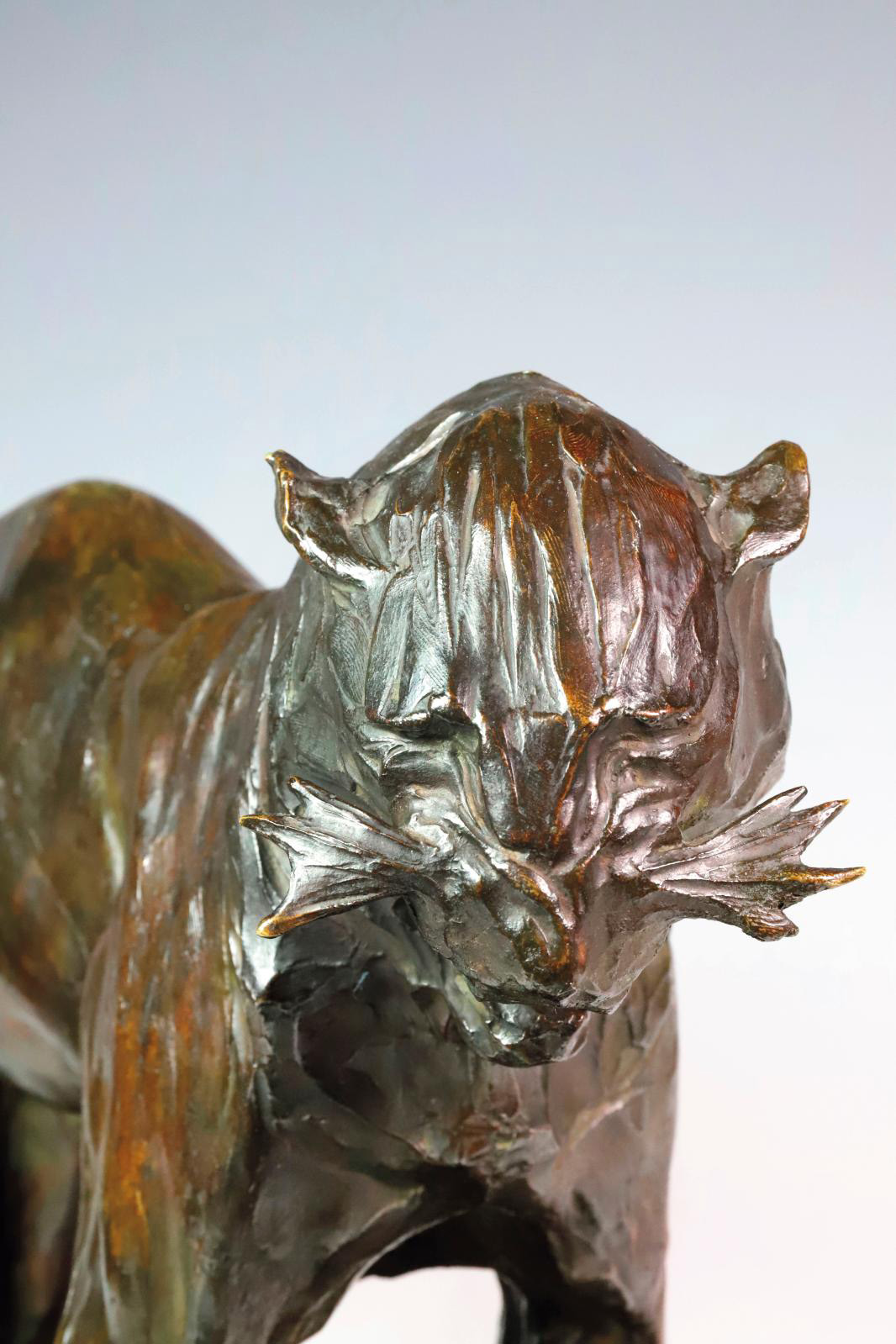 Rembrandt Bugatti's La Panthère grognant et feulant (Growling and Snarling Panther) lived up to its promise and fetched a bid for €486,000. It is important to note that the sculptor, who died in the prime of his life, was able to capture this feline attitude through observation... Those around him were made aware of this when his whole body, right down to the vibrissae of his mustache, stiffened. Presented with a certificate from Véronique Fromanger, this proof with a brown-orange-black polychrome patina (32.8 x 61.5 x 22.7 cm/12.6 x 24 x 8.7 in), signed "RBugatti" and numbered "3" - out of a known number of six copies—was naturally cast in lost wax by publisher Hébrard.

Without further ado, we were whisked away to Africa, with two reliquaries from the outstanding collection of Georges Le Testu (1877–1967), a senior administrator of the French colonies, who had been stationed in Gabon. The first one is of the "Mbulu-Ngulu" type (see photo) and fetched €193,200. It was made in that country, precisely in the Haut-Ogooué Province by a native of South Kota at the end of the 19th century; its heart-shaped face is half-convex and half-concave, and is made of copper and brass foil on a wooden core (48 x 24 cm/18.9 x 9.4 in). The second one, which reached €120,000, is made of the same materials and was from the same region, but its shape is different: called "Sango/Ondoumbo", it has a very narrow silhouette and a rare diamond-shaped base (44.5 x 16.5 cm/17.3 x 6.3 in).

Much more academic, the pencil drawing (22.5 x 15.5 cm/8.7 x 5.9 in) signed by Edgar Degas, also displayed the extraordinary virtuosity of its author in capturing expressions and attitudes... This Étude de nu de dos et profils (Study of a Nude from the Back and in Profile) (with another Étude de bras au dos (Study of Arms from the Back)), bears the red stamp of the Degas studio on the back. With a sumptuous 19th-century Florentine cassetta-style frame made of ebony and colored stones, the work was acquired for €22,800. 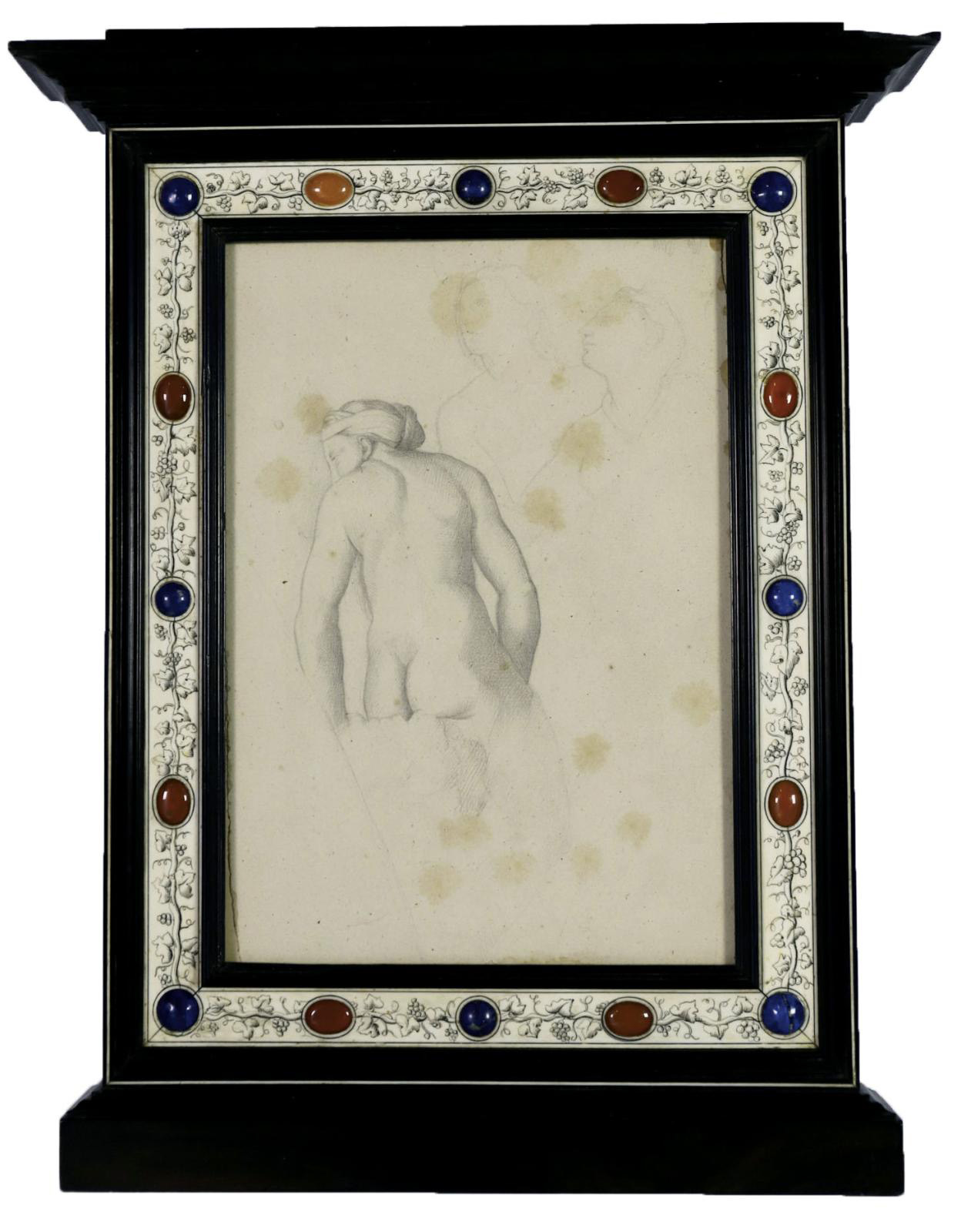 While Edgar Degas ranked among the greatest Impressionists, he also respected tradition, like the art of drawing, especially by Italian masters.