We revisited the terroirs and figures of France with painters in love with their region or their inhabitants such as Martin, du Puigaudeau or Villon. 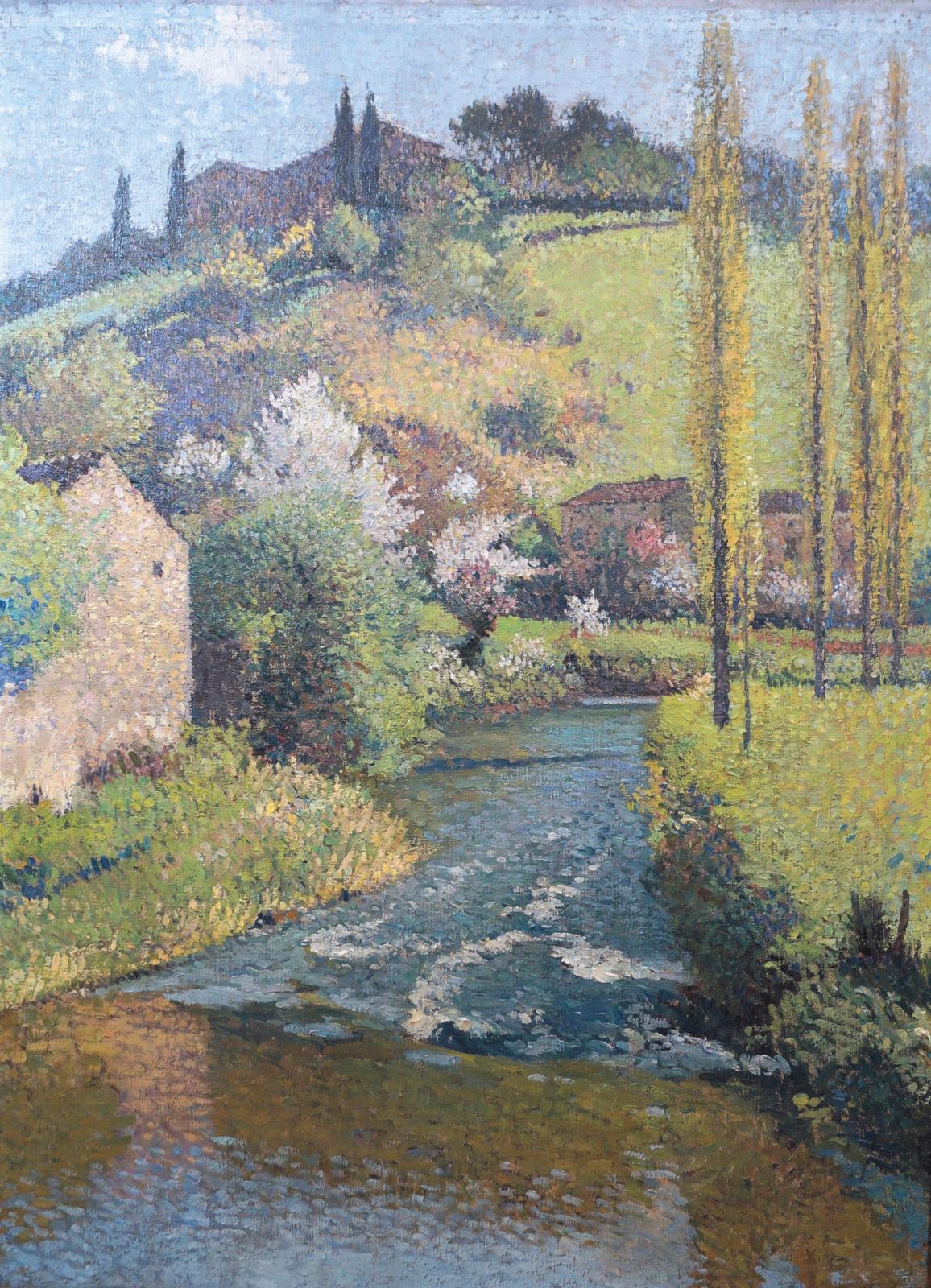 Reflections in water, the shimmering of the river on weirs formed by stones – all this is in Henri Martin's Le Ruisseau (The Stream). Painted around 1926, it sold for a splendid €297,600. Inspired by Quercy, the work will be included in the archives intended for Martin's catalogue raisonné. Ferdinand du Puigaudeau’s playful, whimsical L'Ombre chinoise (Chinese Shadow) also known as Le Lapin (The Rabbit) or Effet de lumière (Effect of Light), fetched €28,520. It came from a famous restaurant in Batz-sur-Mer, inducing the municipality to exercise its right of preemption. Then it was time for colourful characters, such as Jacques Villon, whose Dame en bleu, Louisette (Lady in Blue, Louisette), a very 1900 silhouette, sold for €25,420.