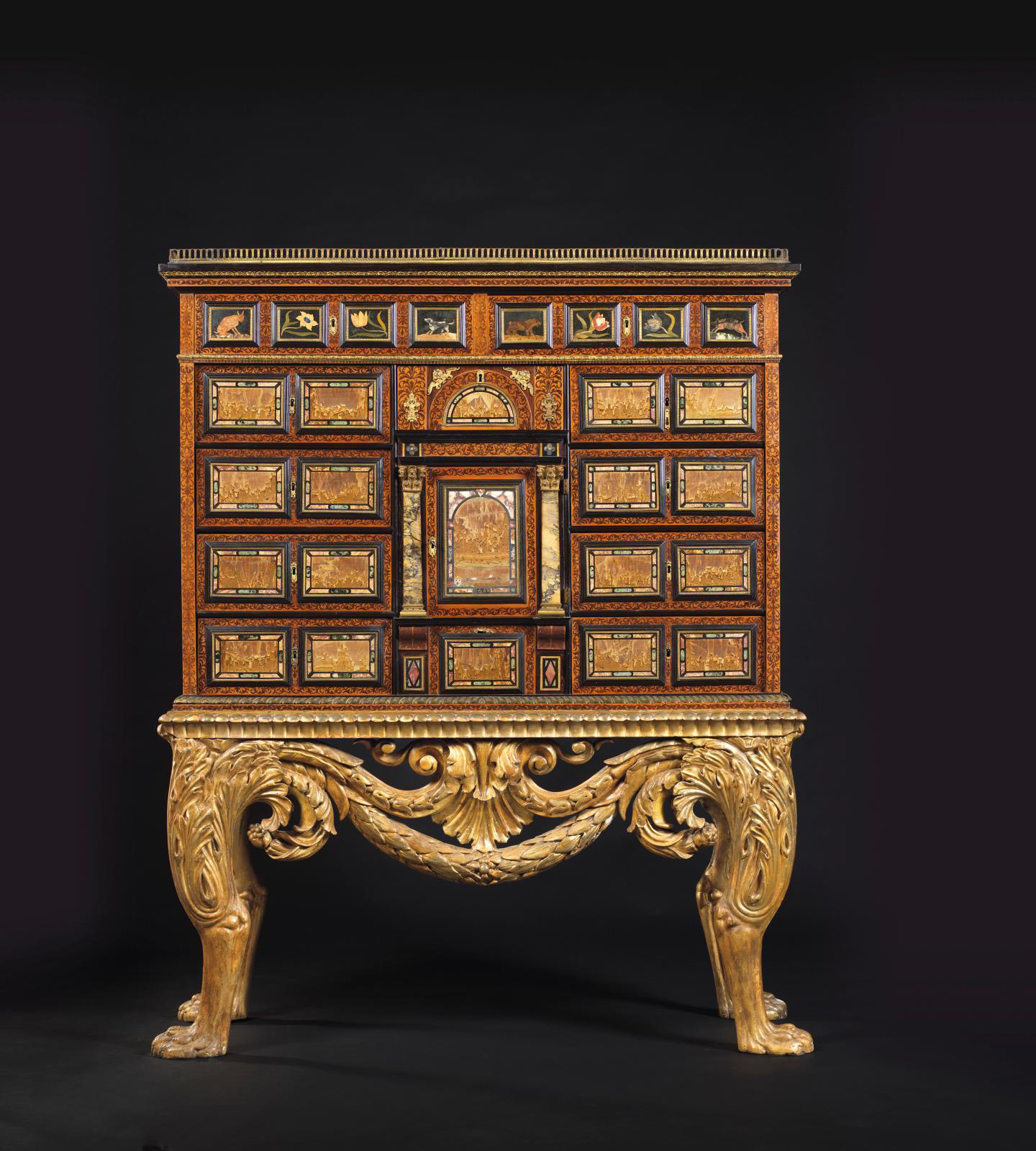 English “seaweed” marquetry is traditionally associated with Dutch and Flemish cabinetmakers working in the second half of the 17th century, especially Gerrit Jensen (1667-1715). The reason is simple. When Prince William of Orange became England’s king in 1689 as William III, he brought his cabinetmakers with him. Others followed due to religious persecution on the continent. during William and Mary’s reign (until 1702) they created an unusual style that continued under Queen Anne.

The furniture had Dutch forms but smaller dimensions to keep up with changing tastes—although this piece is still rather imposing. Above all, it featured unusual marquetry featuring free arabesques, known as "seaweed" because it resembled fronds of the algae. Associated with hardstones and paesine, it was used in this highly original furniture, contemporary with the work of André-Charles Boulle and Pierre Gole.

This cabinet has a gilded carved wooden base with four claw legs and acanthus leaf scrolls and a front section featuring shells and palmettes based on work by architect William Kent (1684-1748). As a handsome piece, it fetched €152,100. 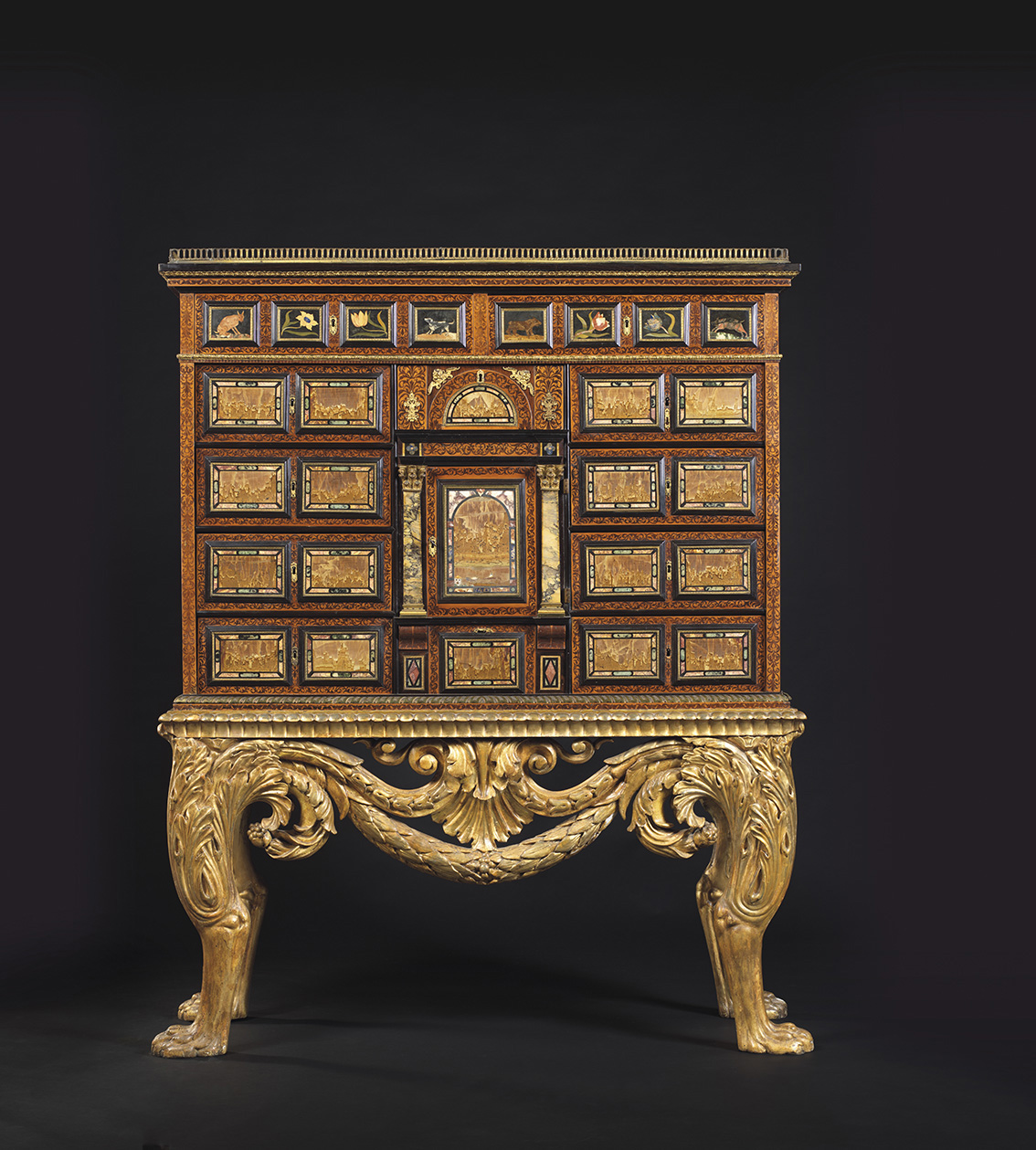 Gerrit Jensen, A Goldsmith in Marquetry

The size of this inlaid cabinet is as impressive as its decoration. Attributed to Gerrit Jensen, it will surely receive the highest bid at this classic sale.

Newsfeed
See all news
New Appointments at Centre Pompidou’s Brussels Outpost Marred by Accusations of Sexism
Nepotism Accusations in South Korea After Resident’s Son Receives Art Grant
AirBnB Offers the Chance to Stay a Night in Gaudí’s Casa Vicens for Just €1
Two Yayoi Kusama Infinity Rooms Reopen at Rubell Museum, Miami
Not to be missed
Lots sold
Record for a scene of daily life in the Punjab
Sixteen Indian miniatures from the same private collection provided…
Lots sold
An imperial bid for a Ming vase
One of the first Chinese porcelain pieces in "blue and white", a…
Lots sold
Heroic Drawing by Fontaine Goes Back to the Louvre
It is only fitting that this work by Pierre-François-Léonard Fontaine…
Lots sold
A Lalanne Rabbit Hops to Success
Modern and natural works were the core of this sale devoted to Claude…