Coming from every corner of the planet, some fine specimens of wildlife turned up at this sale devoted to Paul Jouve.

This outstanding exponent of exotic painting in the Art Deco years was represented here by no fewer than eighteen works from the estate of Ms H., which were bought by her parents from Jouve himself. Unsurprisingly, given their quality and impeccable history, they all found takers. The most sought-after was the Panthère noire marchant (Black Panther Walking) of 1925-1930: an oil on panel that fetched €86,400. Using a different process, the famous tiger Shere Khan, based on a model originally dating from 1920, roared up to €61,200; this was a lithograph printed on heavy paper with a gold background, highlighted in gouache by Jouve. Other ebony-furred cats put on a fine show, like the Panthère assise (Sitting Panther), captured in oils on mounted paper in 1935, which inspired a battle up to €52,800, and the Panthère noire debout (Black Panther Standing), a model originally from 1929, seen here in a lithograph version on a matt gold background with rich gouache highlights (€49,200). An admirable Éléphant devant un temple accompagné d'un moine bouddhiste (Elephant before a temple with a Buddhist monk) from around 1925-1930, a mixed media work on paper mounted on card, fetched the same price. Africa made an appearance with a pair of lions, Lion et lionne (ca. 1935), again a mixed media work on paper mounted on card, which garnered €44,400. Inspired by Jouve's long stay in Thessaloniki during the Great War, an impressive Attelage de buffles macédoniens (Team of Macedonian Buffalos) decked out in pompons and multicoloured blankets, painted on panel in around 1920, changed hands for €39,600. For the same price you could also adopt a Tigre au repos (Resting Tiger): a mixed media on mounted paper from between 1930 and 1935. 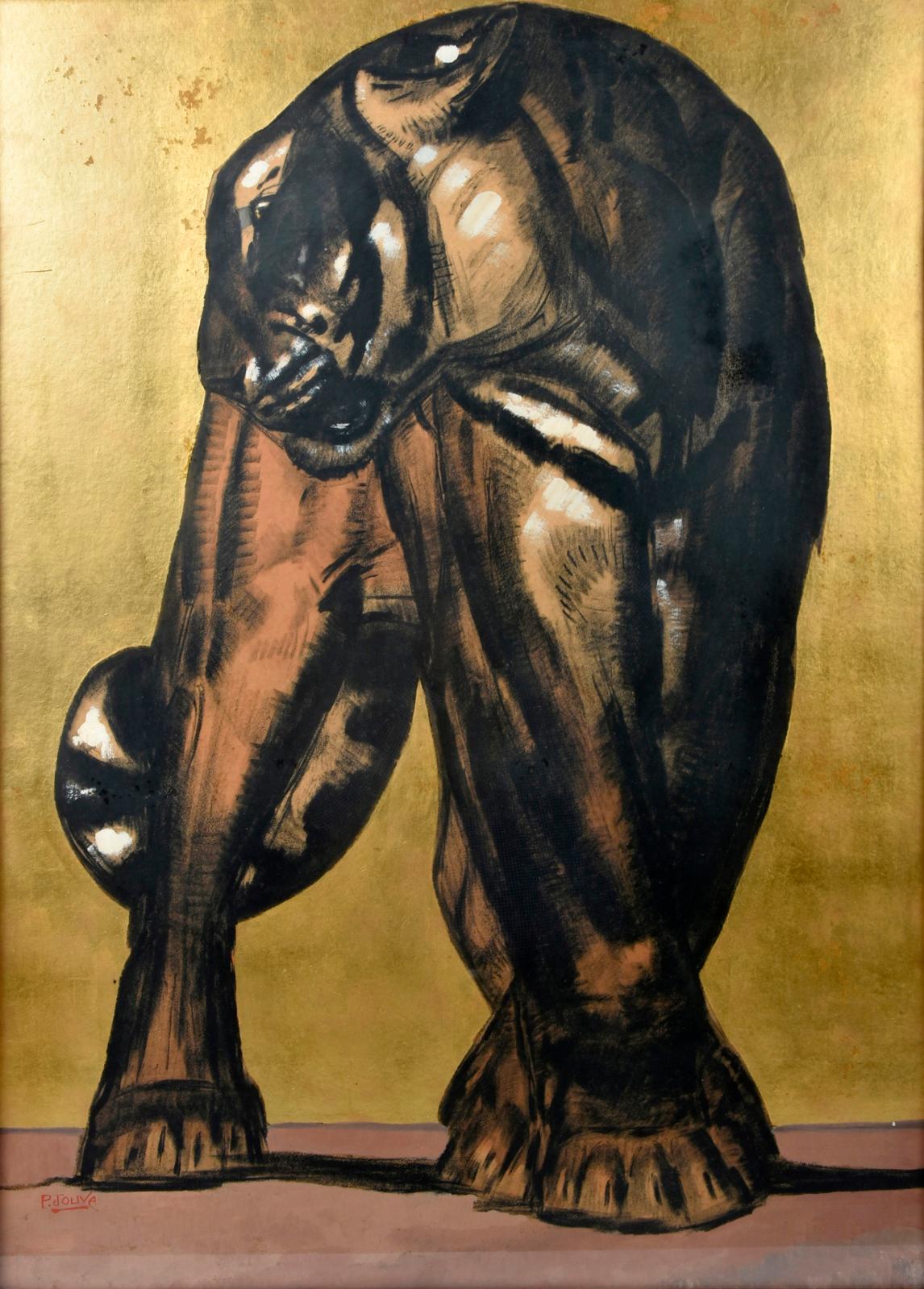 The Lord of the Jungle by Paul Jouve

A modern icon standing out against a gold background, this Shere Khan is likely to send the great animal painter’s followers into a state of excitement. Until now, the cat has been hiding within a unique set of works by the artist that has never seen an auction.