The Medicis celebrated in jewelry

To design this spectacular ruby and diamond set, the M. Gérard company looked to the Florentine duchy. 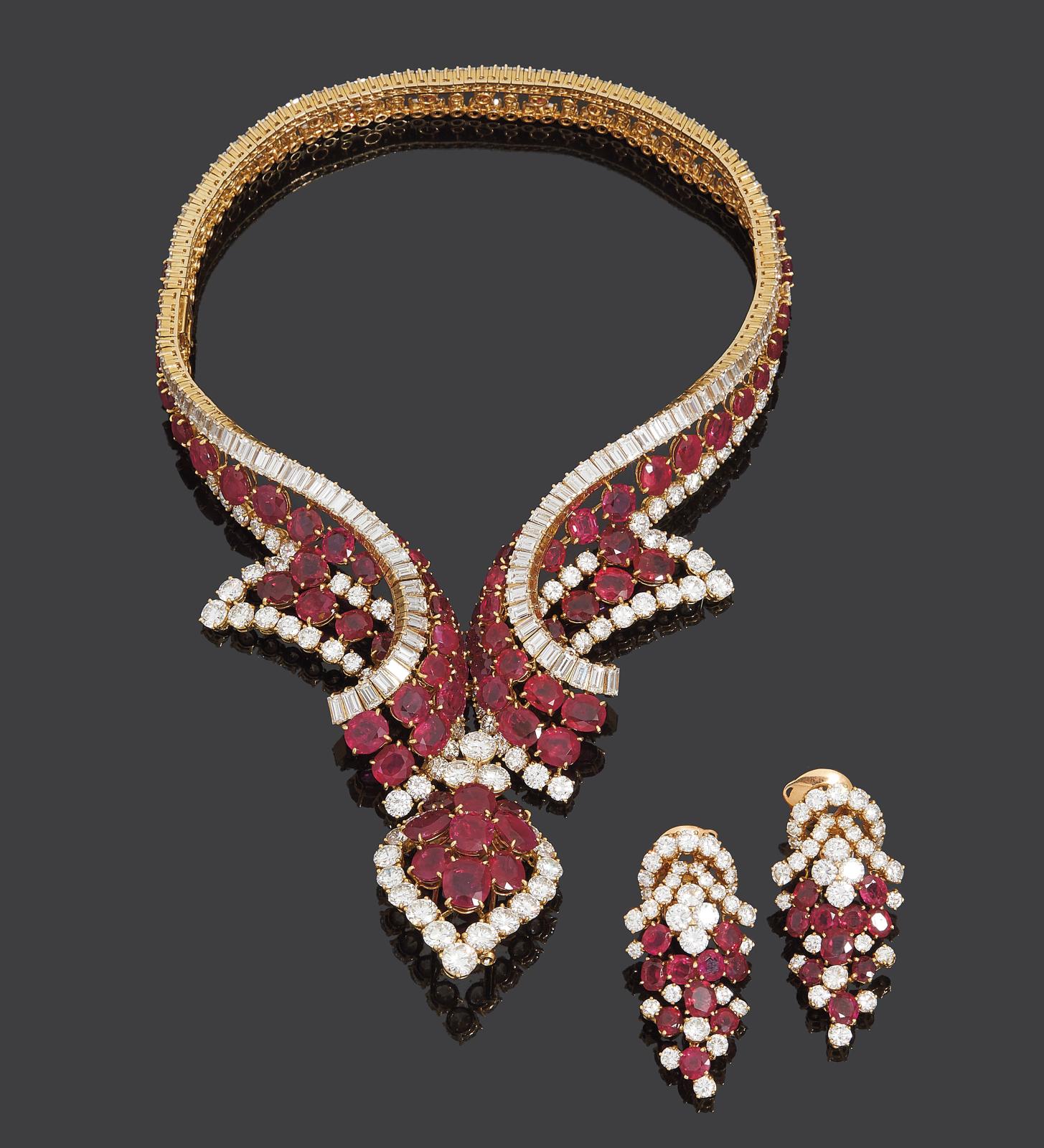 While 1968 was a significant year in French history, it certainly doesn't evoke refined jewelry. Yet it was at this very time that Louis Gérard (1923-2006), after working for Van Cleef & Arpels for nearly twenty years, opened his own establishment in Paris. He set it up at a prominent address – 8 Avenue Montaigne – and named it very simply "M. Gérard". He was soon considered the French jeweler with the most sales in exports. He, again, was the first to stage fashion shows all over the world, where jewelry was modeled by mannequins. His spectacular creations, lavishly set with top-quality gems, were the sort that always made an impression, appealing to an international clientele eager for luxury. He had a particular bent for sets, still popular at that time: matching ensembles made up of a necklace (often convertible into a bracelet and pendant), earrings and a brooch. This was illustrated here by an offering from the "Médicis" collection developed in 1980. The yellow gold totally covered in brilliant-cut baguette diamonds and round rubies earned the set a tribute of €240,500. The founder sold his company in November 1985. He opened another one in 1988, still on Avenue Montaigne but under the name of Louis Gérard, before finally closing it down in November 1991.

Succession of Mrs. Joëlle Bellon and various
Kahn & Associés
Info and sales conditions
Catalogue
Salerooms
Newsfeed
See all news
Jesus College: The First UK Institution to Repatriate a Benin Bronze
The Venice Biennale of Contemporary Art is Getting a Research Center
Frieze Names Patrick Lee Director of Its New Seoul Fair
Fallen Art Star Charged with Selling Raymond Pettibon Forgeries
Not to be missed
Lots sold
Victor Hugo's Sun in the Clouds
La Maison de Victor Hugo in Paris preempted an ink drawing at the…
Lots sold
Master Clockmaker Charles Dutertre's Perfect Timing
Under the protection of Demeter and Persephone, a bronze clock by…
Lots sold
The Discreet Luxury of French Regional Silverware
With this second sale, the success of the highly original silverware…
Lots sold
Aristophil Collection Sale: Baudelaire Sharpens His …
At this new sale in the Aristophil collection series, the poet's…