A unique bracelet of antique aurei

A sale successfully appealing to several types of buyers with a singular piece of jewellery. 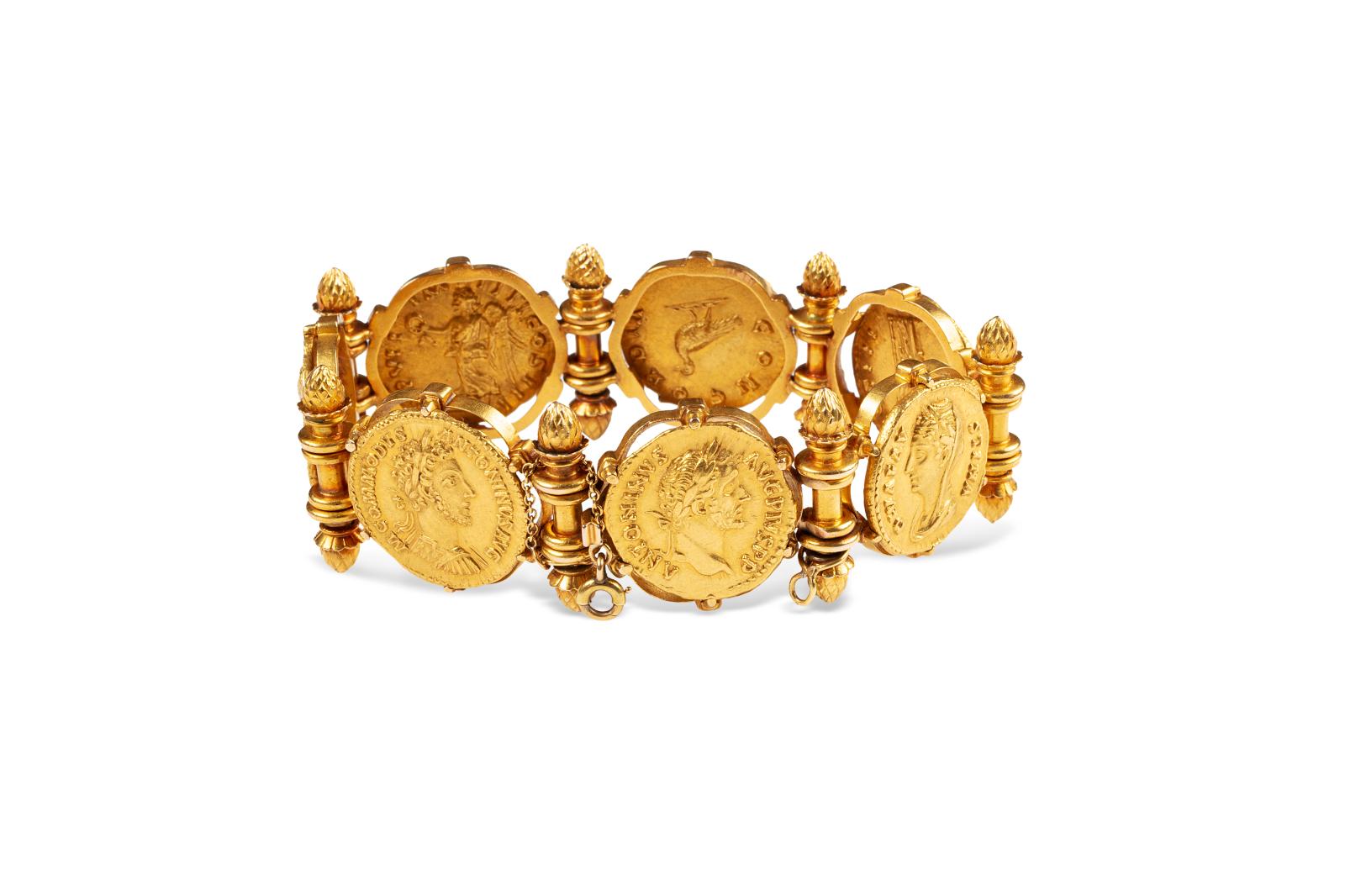 The Millon auction house multiplied its chances here, as the object was aimed at lovers of antiquity, ancient coins and jewellery alike. This bracelet – in a setting from the second half of the 19th century – consisted of seven coins (aurei) with portraits of members of the Antonine dynasty, who ruled between 96 and 192 CE at the height of the Roman Empire's glory. They feature Antoninus Pius, his wife Faustina the Elder, Marcus Aurelius, his wife Faustina the Younger, Lucius Verus, his wife Lucilla, and Commodus. The coins, listed in the catalogue of Auguste Racine's collection published in 1877, are in fine condition. And though not signed, the setting can be attributed to Eugène Fontenay, a Paris jeweller of the second half of the 19th century, whose speciality was to insert antique coins, intaglios and cameos into his jewellery. A wealth of assets for a unique item, which finally fetched €49,400.

SO UNIQUE
ONE WORK, ONE SALE!
Millon
Info and sales conditions
Catalogue
Newsfeed
See all news
Frieze New York is Coming Back in May
Museums Permitted to Reopen in Six Italian Regions
A Mysterious Tanguy Work is Up for Auction
Stunning Discoveries in Saqqara
Not to be missed
Lots sold
A Masterpiece by an Apprentice
This type of strongbox was made by an apprentice seeking admittance…
Lots sold
Magritte High on the List
The Belgian master cultivated mystery, making play with different…
Lots sold
Martiros Saryan on Armenian Soil
A painting by Martiros Saryan resonates like a paean to a beloved…
Lots sold
Juan Gris, Trailblazer
This painting features all of the Cubist master’s qualities and…