The farmyard also had its attractions for passionate animal-lover François Pompon, who sculpted animals from this milieu as lovingly as his famous polar bear. 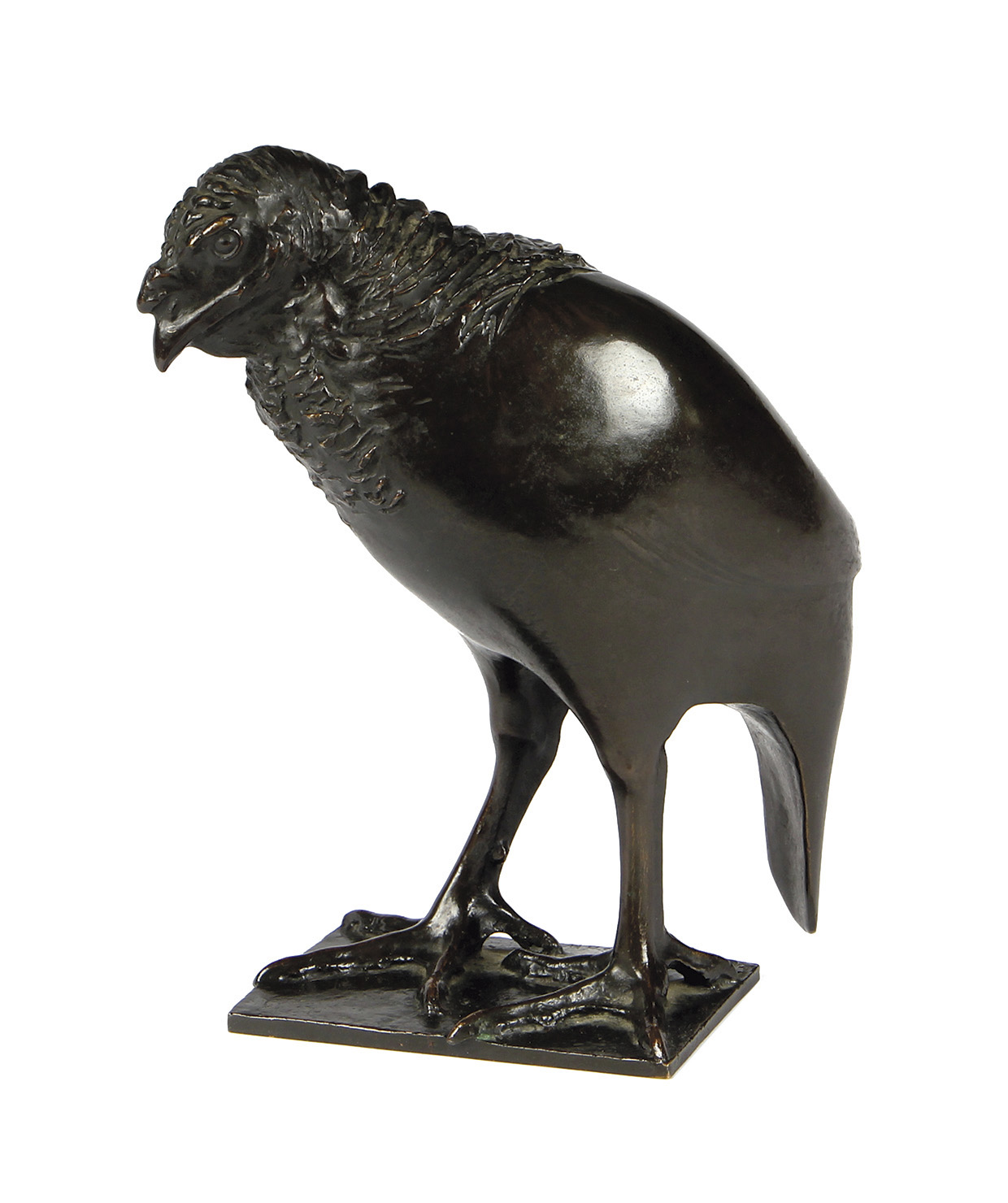 François Pompon (1855-1933) sculpted the model of this Turkey in 1925: the same year as the momentous Paris International Exhibition of Modern Decorative and Industrial Arts. Rodin's former assistant was a workaholic (he died eight years later from exhaustion), who finally abandoned the human figure to express his affection for the animal kingdom more fully. He then focused on it entirely, spending hours observing animals in the Jardin des Plantes, the Burgundy countryside he grew up in and the area around his Normandy home in Cuy-Saint-Fiacre. Alongside the Polar Bear (his Mona Lisa), bulls and other beasts, he depicted animals that were less admired by his contemporaries but just as fascinating: those of the farmyard. At his first participation in the Salon of 1906, he even turned up with a dwarf hen. He had now found his calling as an animal sculptor, with an aesthetic that instantly defined him, because the student never forgot what his master had taught him: "Copying nature is not a question of reproducing it in every detail." This Turkey (presented here in Valsuani's brown patinated casting based on an ancient method) is a fine example, which joyfully gobbled up €42,240.