In this singular year, Drouot decided to play extra time, continuing sales until the end of July. So the season ended with a sad young woman drawn by Kees Van Dongen, with Tessier-Sarrou. 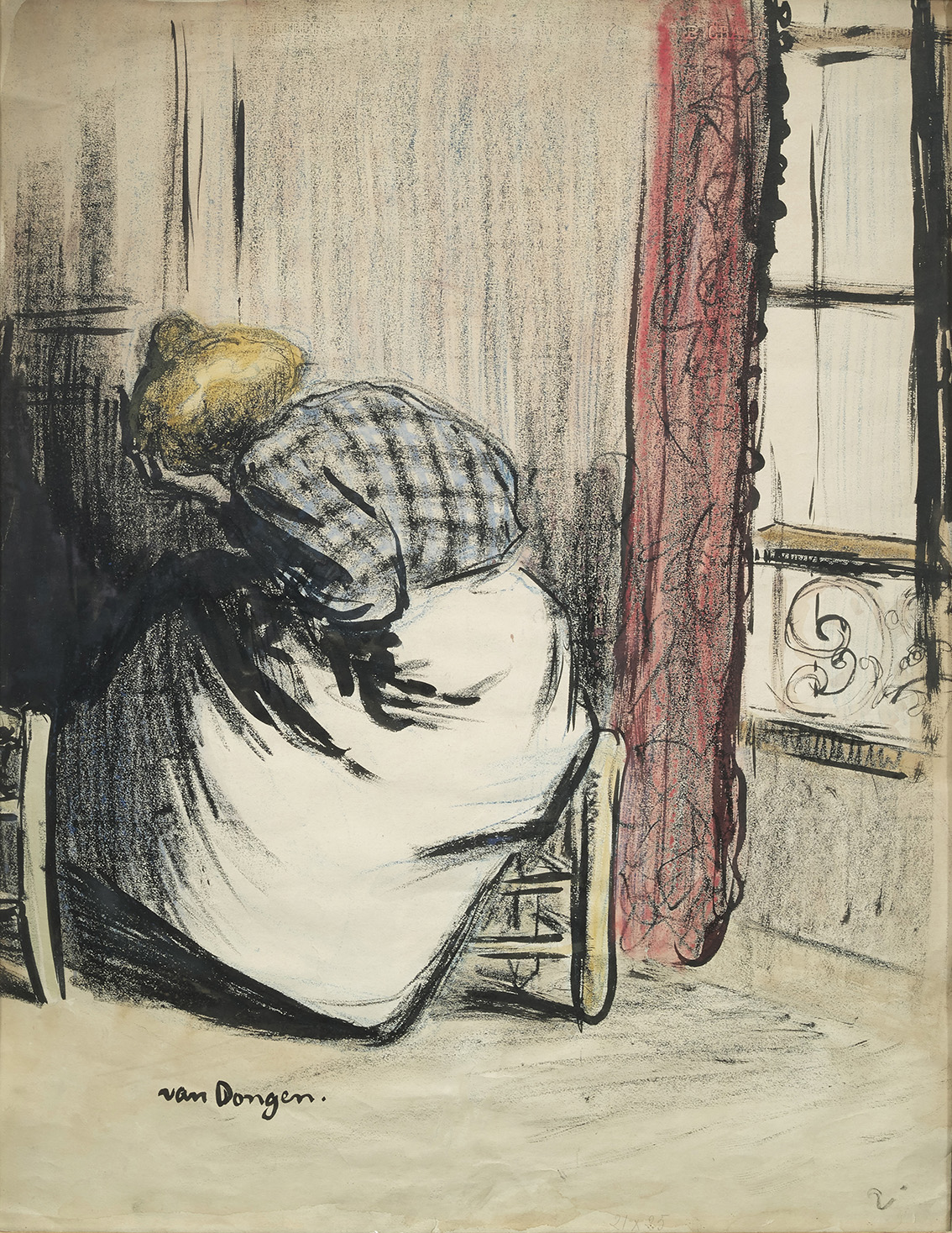 The theme of this drawing is a long way from the world usually depicted by the most Parisian – and light-hearted – of Dutch artists. The subject of The lover leaves; the girl stays…with her child is a dark one. Focusing on the descent into miserable prostitution and a hopeless future, it also harks back to Van Dongen's early years as an illustrator. Two years before this, newly arrived in the capital, he offered his talents to various satirical magazines, whose popularity was soaring. For L'Assiette au beurre, whose programme clearly stated that, "going beyond the viewpoint of art, even", it "would devote itself to social criticism", he provided numerous drawings, including this one, published on 26 October 1901 (for an issue he entirely illustrated). It was acclaimed at this sale by €27,940.

PAINTINGS FURNITURE & ART OBJECTS
9, rue Drouot 75009 Paris
Tessier & Sarrou et Associés
Info and sales conditions
Catalogue
Salerooms
Results
Newsfeed
See all news
The Eva Hober gallery closes for good
The French budget dedicated to culture will increase by 4.8% in 2021.
Arrests in the robbery and vandalism of the Church of Sant’Agata a Collegio in Sicily
Thyssen-Bornemisza Art Contemporary (TBA21) launches online platform: st_age
Not to be missed
Lots sold
Inspired decorative arts from "Rousseau" service to A.-J.M.…
A fine selection of furniture, tableware and curios with a focus…
Lots sold
A world record in Bordeaux for a work by Alexandre-François…
His dazzling, virtuosic rendering of fruit skins and birds' plumage…
Lots sold
Back to the museums for the Duke of Luynes
Some of the archives once belonging to the ardent archaeology advocate…
Lots sold
Behjat Sadr and the abstract movement from Iran
A well-deserved reward for Behjat Sadr, pioneer of Iranian abstraction…