A Masterpiece by an Apprentice

This type of strongbox was made by an apprentice seeking admittance as master, devoting all his heart to the endeavor. 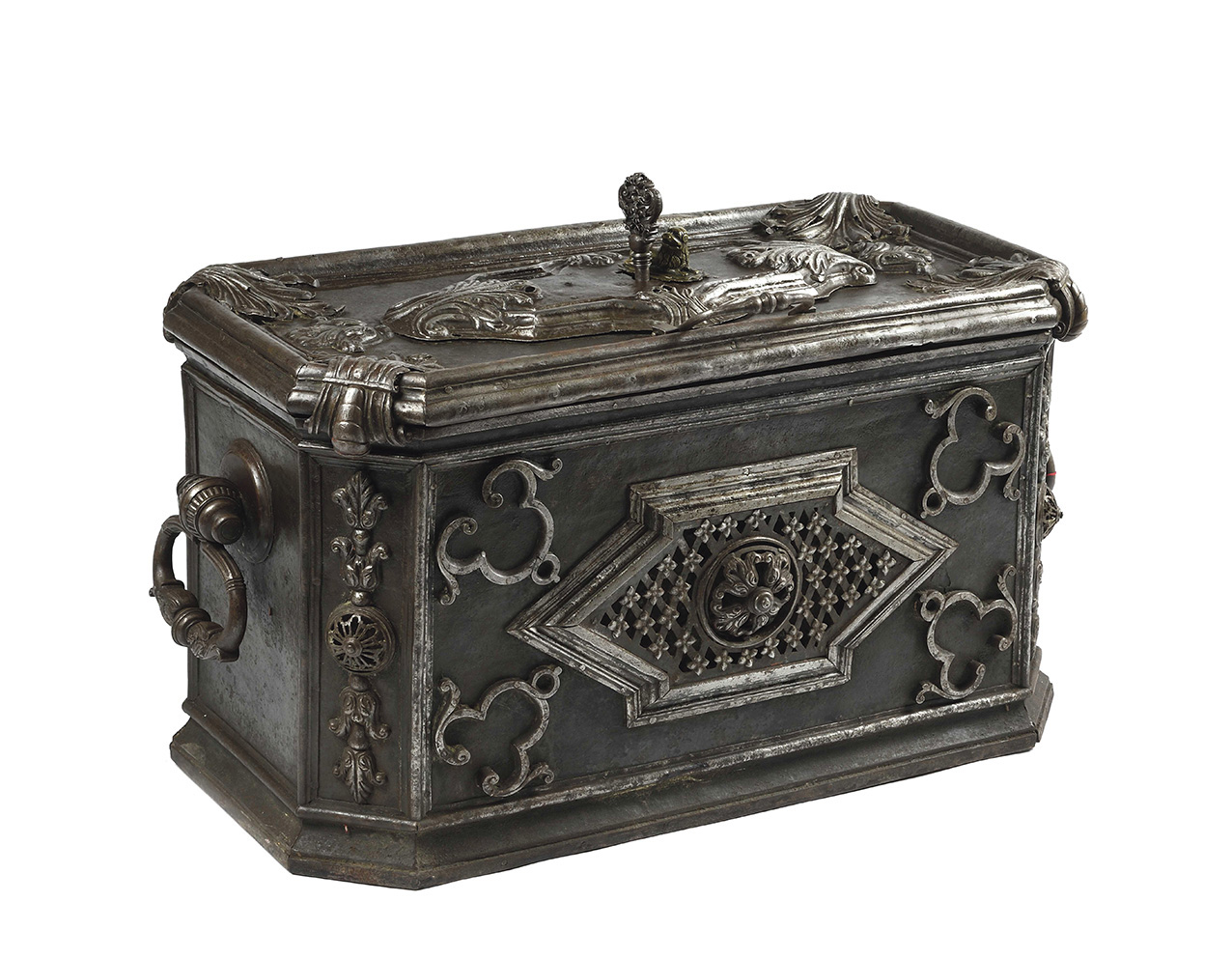 A strongbox was not short of means to open it among a wrought-ironwork collection of keys, knockers, brackets and the like. The box here is no ordinary piece, as it was produced by an apprentice aspiring to be a master craftsman. Here the recipient had to make a complicated lock (this one has no fewer than twenty-two bolts, with numerous reversing levers and pulls), and present its blueprint to the masters of his discipline. This technically complex wrought-iron item is also aesthetically pleasing, as its lid reveals an openwork plate engraved with motifs in the spirit of Bérain—whose style, influential throughout Europe, was characterized by his use of grotesques. The box was made in Strasbourg in c. 1730-1740, as witness the guild's hallmark (the arms of the city flanked by the initials "S Z"), and has two counterparts now in the Palais Rohan in the Alsatian capital. The art of wrought-ironwork reached its peak in the 17th and 18th centuries, with every detail contributing to making each piece unique, in a combination of the useful and the exquisite. All these assets led this piece to pass its test once more with flying colors, at a splendid €52,070.