A fine selection of furniture, tableware and curios with a focus on 19th-century faience, as well as tables and a gold box from the 18th century. 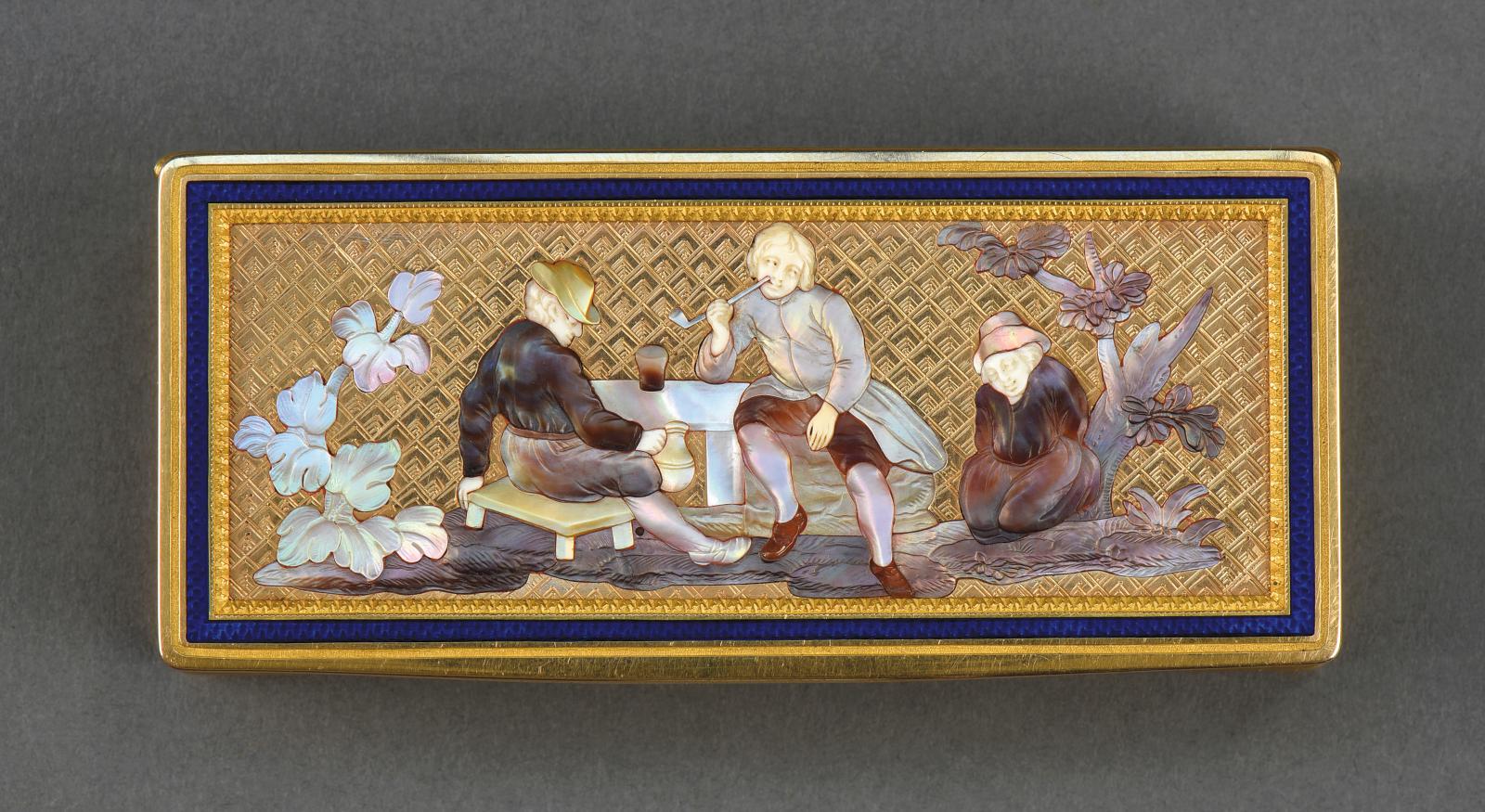 The most naturalist table could be set with Creil & Montereau’s "Rousseau" service. Bidders pushed the price to own this part of the famous 149-piece service in fine faience up to €65,000, for it was vast. Most of the items bear the inscription "Creil Montereau, L&M Cie, modèle E Rousseau à Paris". Glassmaker-manufacturer Eugène Rousseau (1827-1890) designed the shapes, engraver-illustrator Félix Bracquemond (1833-1914) the decoration. The service caused quite a stir as soon as it was unveiled at the 1867 Universal Exhibition, Paris. The next lot, a pair of Transition-period drawing-room tables bearing th1!e highly sought-after stamps of "JF Oeben" and "JME", was more classical. This beautiful set by the Parisian master fetched €58,750. Lastly, a rectangular box in yellow gold (see photo), its lid and ground decorated with scenes of drinkers carved in Burgau with ivory heads, all on chased latticework, sold for €37,500. It is owed to the skilled craftsmanship of master goldsmith Adrien-Jean Maximilien Vachette, received in 1779, who made it in Paris between 1809 and 1817.

ORFEVRERIE - MOBILIER ET OBJETS D'ART
De Baecque et Associés
Info and sales conditions
Catalogue
Newsfeed
See all news
“Vault by CNN": NFTs of Historic News Coverage to Go Up For Sale
Mexican Railway Development Slowed by the Discovery of 13,911 Pre-Columbian Remains
New York’s Callicoon Fine Arts Gallery to Close After Final Show
$2.7B distributed to 286 Arts Organizations by Amazon Stakeholder MacKenzie Scott
Not to be missed
Lots sold
Back to the Louvre for a Heroic Drawing by Fontaine
It is only fitting that this work by Fontaine has returned to the…
Lots sold
A Lalanne Rabbit Hops to Success
Modern and natural works were the core of this sale devoted to Claude…
Lots sold
La Rochelle, Impression: Shifting Sunlight
Water was the blue thread running through this sale’s four most…
Lots sold
A Fishing Scene by Joseph Vernet and a Preemption by…
The auction featured a painting by Vernet and a pair of corner tables…