Back to the Museums for the Duke of Luynes

Some of the archives once belonging to the ardent archaeology advocate and French museum donor were auctioned. These important documents did not leave institutions cold as marble. 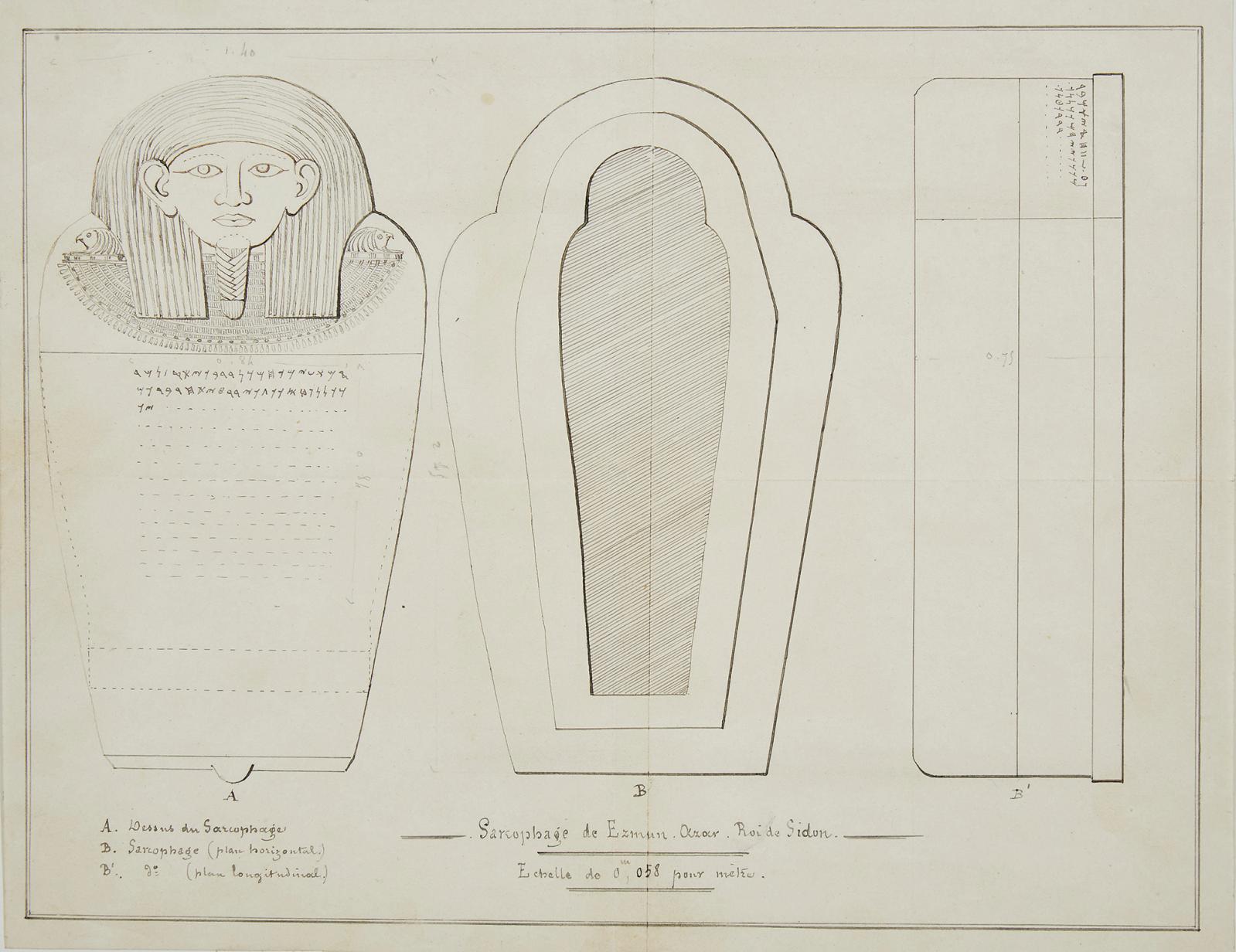 Archival and philological file relating to the discovery and donation of the sarcophagus of Eshmunazar II, fifth-century BCE king of Sidon, by the Duke of Luynes.
Result: €10,880

The sarcophagus of Eshmunazar II, the fifth-century BCE King of Sidon, has been a highlight of the Louvre Museum’s Eastern antiquities collection since it was donated by the Duke of Luynes (1802-1867) in 1855. Seven years later, the learned philanthropist gave the Cabinet des Médailles of the then-imperial Bibliothèque Nationale de France (BnF) his amazing collection of antiquities (medals, engraved stones, jewellery, vases, etc.) and 6,925 coins, of which the Greek component is considered one of the finest in the world. His name is thus rightly identified with archaeology. To introduce the section devoted to him over the course of 35 issues, the catalogue charmingly spoke of his "papers of learning". Institutions exercised their right of first refusal eight times to acquire them: the Bibliothèque Nationale de France five, the Institut National d'Histoire de l'Art (INHA) once and the Louvre twice. The BnF bought various notes on various archaeological monuments by the Duke and his secretaries (€3,968, €1,920), a manuscript in Italian, Storia dell'arte dell'antiche gemme incise (€256), a set of annotated files on numismatics (€3,840), which provides information regarding the donation of coins, and several others relating to the Cabinet des Médailles, written in 1850 by the Duke (€1,920). The interest of these acquisitions is understandable. The same goes for the INHA, which purchased notes on ancient Sicily and a drawing of the Pausilypon caves by Joseph Frédéric Debacq, an architect who long collaborated with the archaeologist (€1,280). The Louvre made two purchases. The first involves the consul officer Alphonse Durighello’s discovery and the Duke’s donation of the famous sarcophagus. This ancient monument is important because its Phoenician inscription, the longest ever on record, is the only one relating historical events during the King’s reign. The museum could not let these additional archival and philological documents slip out of its hands and bought them for €10,880. Its second pre-emption (€11,520) concerned files on epigraphy, mainly involving Punic and Phoenician inscriptions, and archaeology.