Although a key painter from the Hanoi College of Fine Arts, he was one of the most unobtrusive. This silk painting with its impeccable pedigree could hardly go unnoticed. 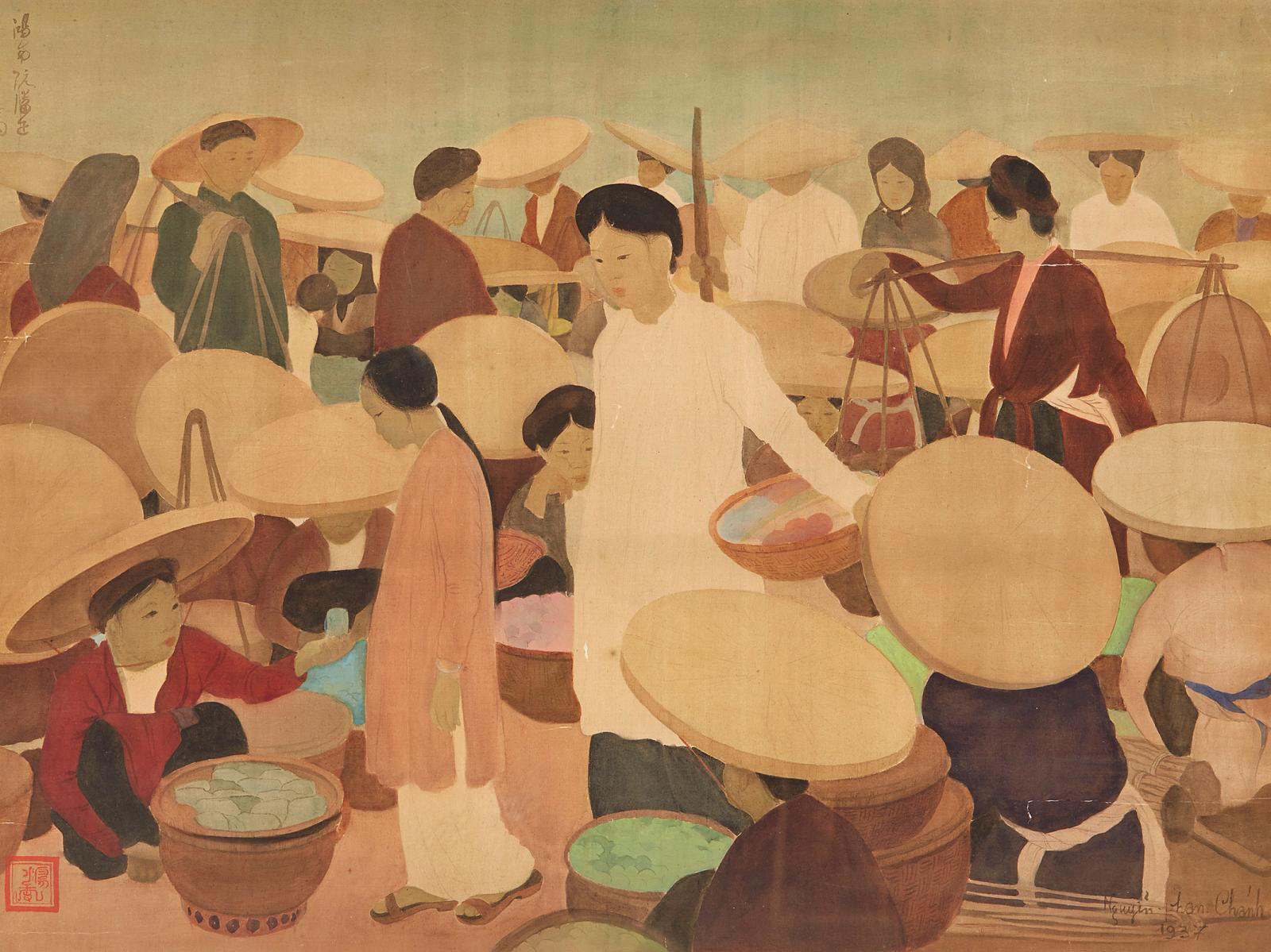 When they put €178,640 in their baskets, the young women in this 1937 Market Scene by Nguyen Phan Chanh (1892-1984) garnered a French record for their creator. The artist comes up at auction far less often than many of his compatriots (he is referenced only twenty-eight times on Artnet), although in Vietnam he is regarded as one of the greatest. It was hardly surprising that his paintings on silk were often copied there, though it should be stressed that this was not considered plagiarism but a sign of respect. Victor Tardieu decided to send some of his works to the 1931 International Colonial Exhibition in Paris to champion Vietnam's new pictorial art. However, in contrast with Le Phe, Vu Cao Dam and Mai-Thu, Phan Chan was never tempted to try his luck in France, and remained in his native land, where, for the rest of his life, he continued with his peaceful, wistful style of painting: the quintessence of time immemorial. His style is immediately recognizable, with dark, muted colors (brown, ochre and beige monochromes) that shape flat-toned compositions tinged with silence and nostalgia. Here, yet again, we see an everyday scene: one of the kind he excelled in. The silk painting also had a watertight pedigree, as it had always remained in the family of an administrator posted to Indochina in the 1930s.