Bidding for an outstanding Louis XIII gold coin soared at the auction of an important collection of French royal coins formerly owned by a Bordeaux numismatist. 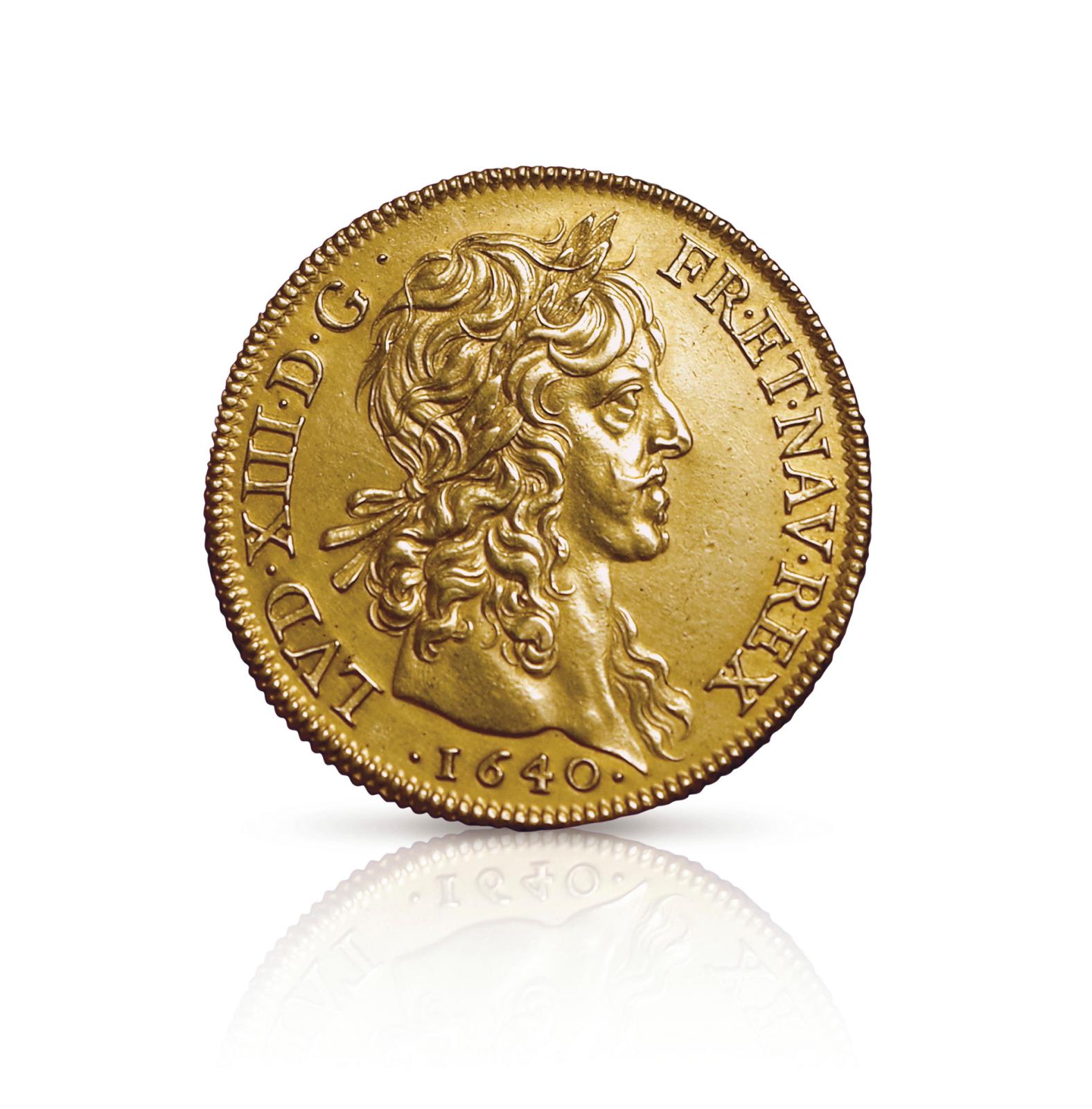 Estimated at a maximum of €70,000, the price of this 4 Louis coin ultimately reached €288,000, breaking the world record for this denomination. It is an extremely rare piece: just seven specimens of this kind are known to exist. The very small series minted was at the very heart of the king’s new monetary system, in particular the creation of the famous Louis d’or (1640), which was struck using the screw press technique in Paris (as indicated by the letter “A”, also present here) under the supervision of the engraver Jean Varin. Our coin is a “pleasure” piece, which means it was given by the king as a reward. Many other coins contributed to the success of this auction intended for numismatists. A pale gold stater struck with the stork of the Arvernes (Clermont-Ferrand region) from the second or first century BCE, weighing 7.56 g (VF), sold for €9,000. The Middle Ages was well represented, notably by a Philip the Fair (1268-1314) solid gold florin “à la petite masse d’or” (EF), where the king is shown frontally sitting in majesty, holding a sceptre and a fleur-de-lis, between two lilies, under the inscription “PHILIPP DEI GRA FRACHORV REX.” (4.37 g). It sold for €11,040. The last coin in this royal series was a remarkable gold crown (EF) minted by his nephew Philip VI (1293-1350), which reached €44,400 (5.22 g).