Although the imagination and craftsmanship of Fabergé goldsmiths no longer need proving, their timeless creations always make an impact. 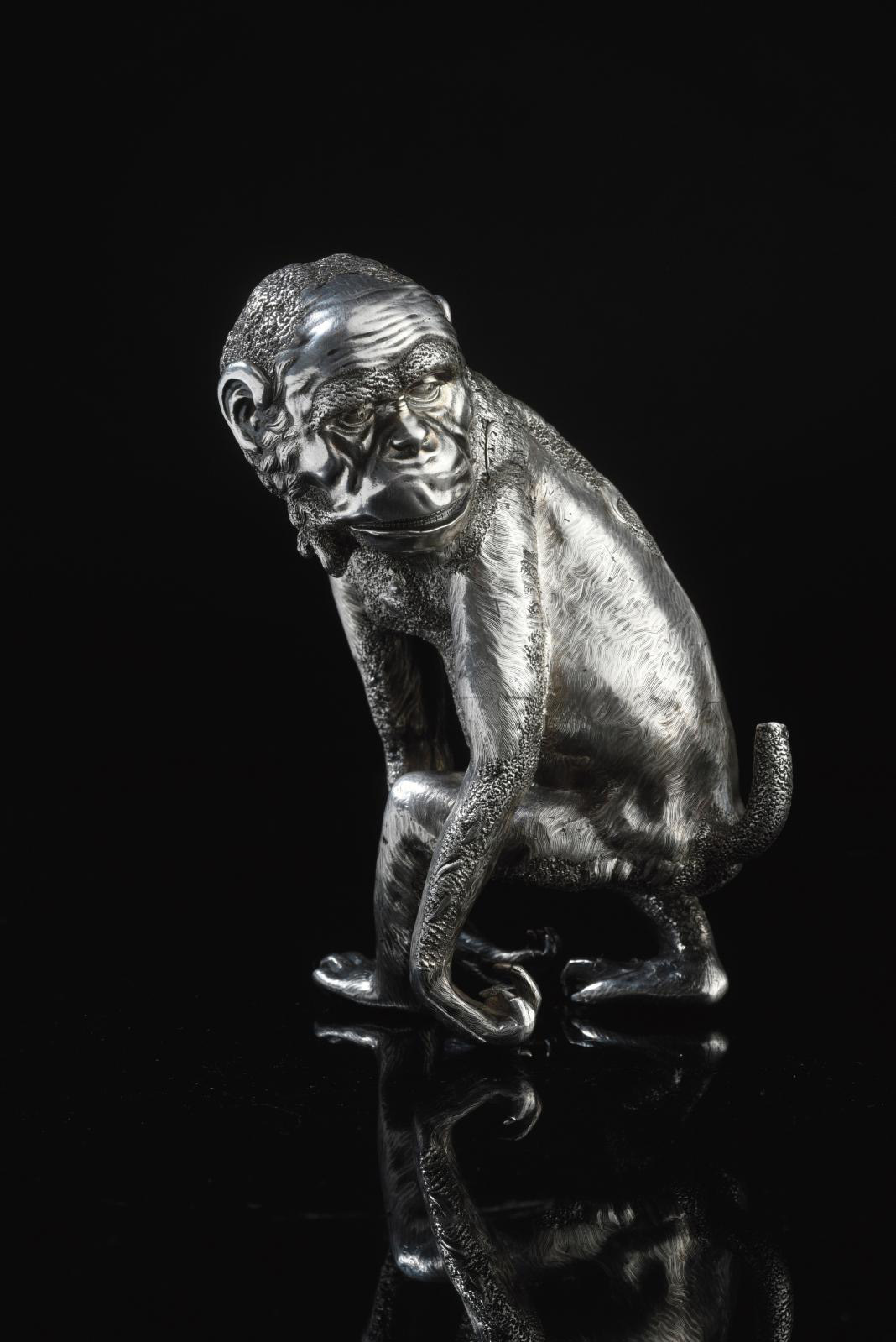 Sovereigns have seldom been wrong about art. Manuel II (1889–1932), the last king of Portugal, which became a republic on October 5, 1910, was no exception: he kept this chimpanzee-shaped cigar lighter on his desk. A member of Russia’s imperial family gave him the whimsical yet useful item in 1913 when he married Princess Augusta-Victoria von Hohenzollern (1890–1966). Perhaps it was the famous Prince Felix Yusupov, who was very close to the young king and attended the wedding.

Cast and chiseled in silver, the monkey looks behind him—his removable, hinged head is actually the alcohol chamber—gazing with astonishment at its tail, which contains the tinder to light the flame. Is he also surprised by the €36,064 result? The lighter was made by master goldsmith Julius Rappoport (1851-1917), one of Fabergé’s most highly skilled craftsmen. He worked in the Saint Petersburg workshops making table services, candelabra, kovshi, lamps and especially animal figurines, his most popular pieces. Rappoport was so famous that Czar Alexander III asked him to help create the dowries of his daughters, Grand-Duchesses Xenia and Olga Alexandrovna. 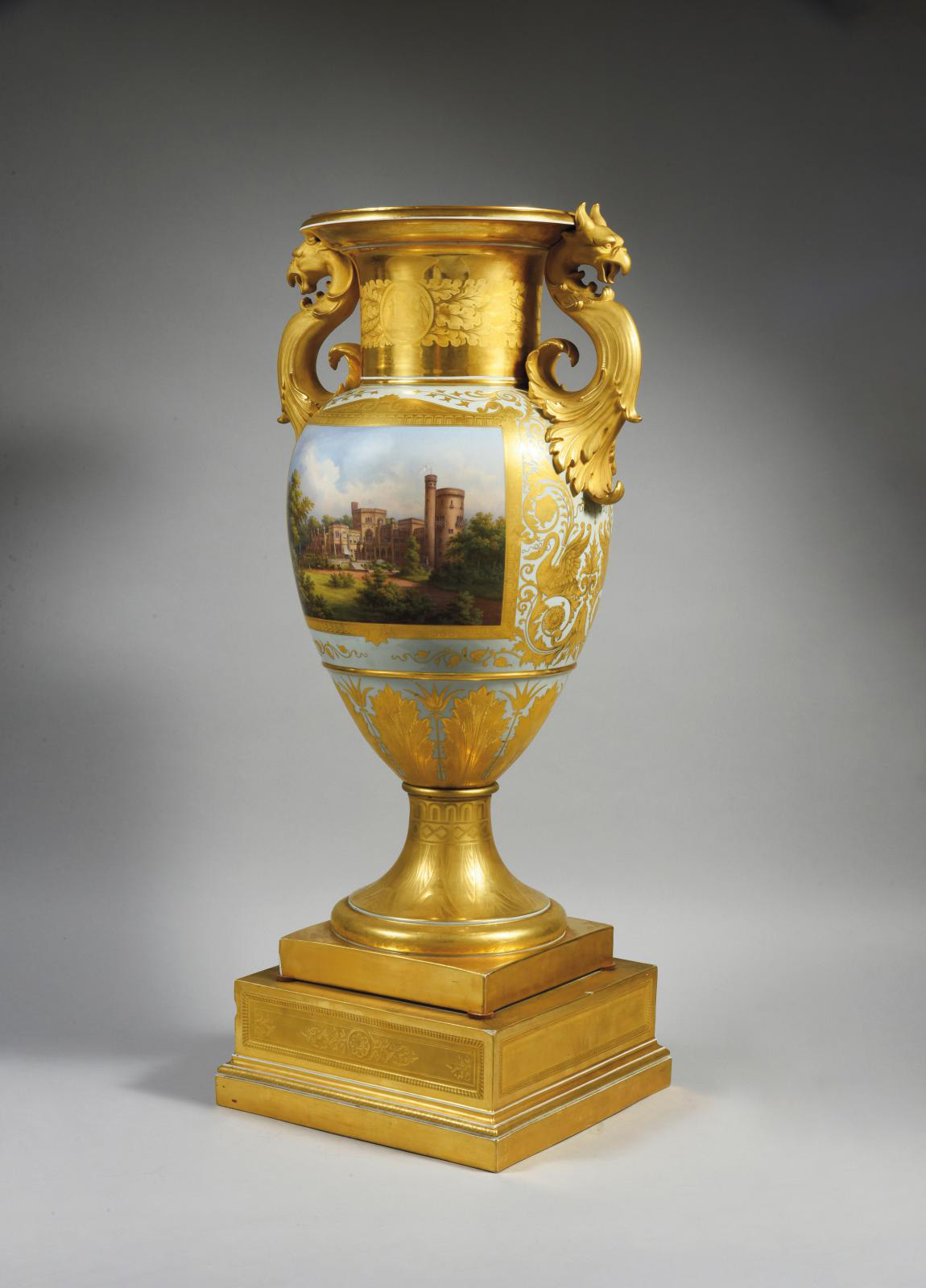 A Porcelain Palace from the Royal Porcelain Manufactory Berlin

This vase from the Royal Porcelain Manufactory Berlin could have been part of a pair given to celebrate a wedding and a birth.

Print the article
Newsfeed
See all news
Scientists Discover the World’s Oldest “Social Network”
Tracey Emin Wants Art Removed from No.10 Due to Boris Johnson’s Behavior
Major KAWS Exhibition Opens at Serpentine and on a Video Game
Master Drawings New York to Go Ahead
Not to be missed
Lots sold