An Allosaurus skeleton from the Jurassic Period fetched over €3 M. 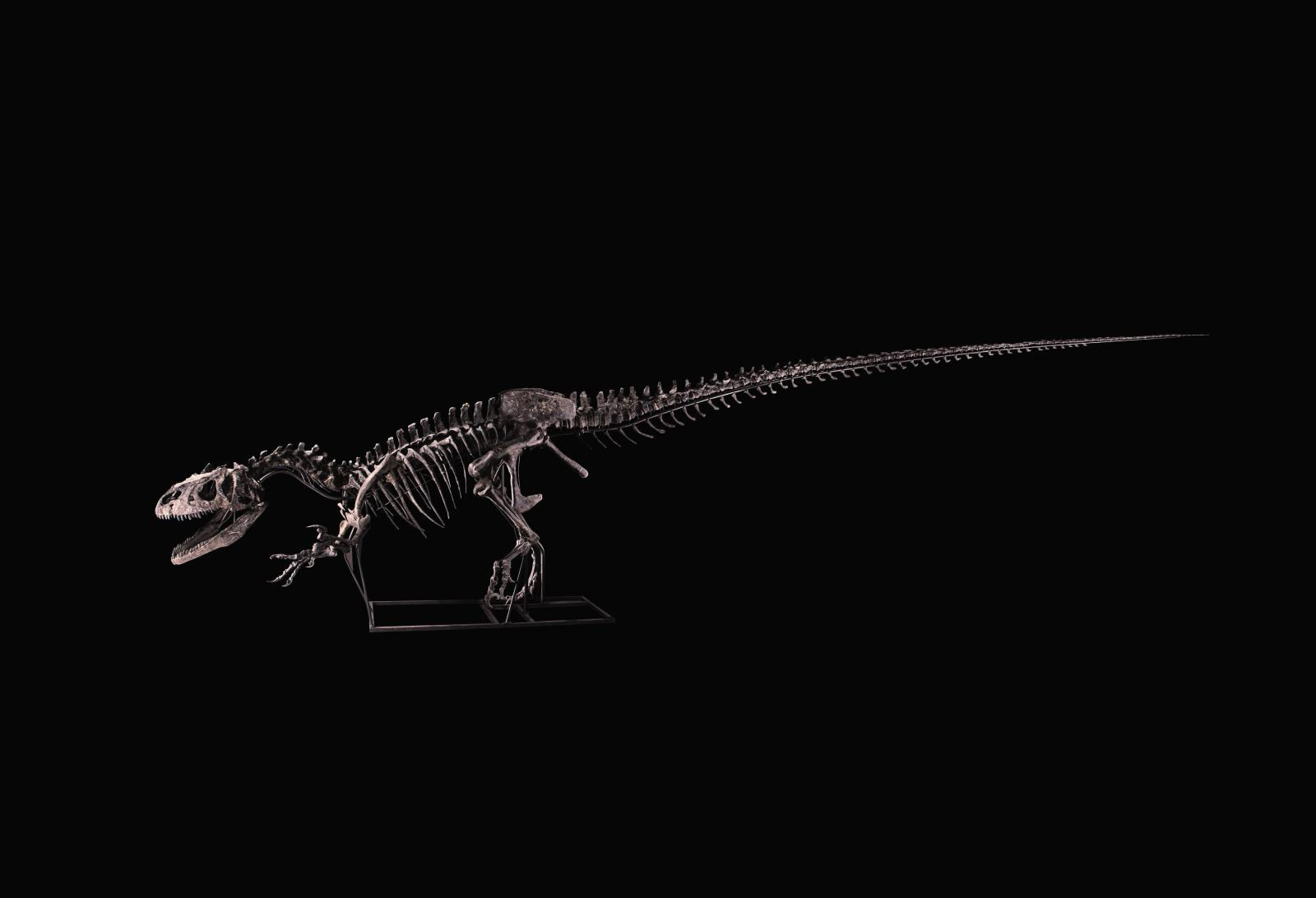 It is hard not to notice its nearly perfect teeth, barely altered by time. On the rise in recent years, fascination with the prehistoric world has struck again. Now it takes millions to decorate a living room with a dinosaur, preferably a carnivorous one. This Allosaurus has everything going for it—in its way. At 10 meters long (32 feet, nine inches), it is one of the largest two known specimens in the world, surpassing even the one in New York’s Museum of Natural History by nearly 30 centimeters (almost a foot). What’s more, it was found anatomically connected in the same position as it was at the moment of its death and still has 70% of its bone matter. These formidable details helped push the bidding up to the ferocious sum of €3,067,400. The auction house says the skeleton was bought by a foreigner. Straight from the famous dinosaur cemetery at the Morrison formation in Wyoming, where it was found in 2016, it will soon move into a new home. Other finds dating back to the dawn of time included an aepyornis maximus (bird-elephant) egg from the Pleistocene era (€2,318), a 1.56 kg (three pounds, four ounces) slice of Seymchan pallasite from Russia (€12,880) and a Siberian mammoth tusk, also from the Pleistocene era (€22,540).