This sale included works by Jean-Paul Alaux, Mathurin Méheut and Jean Joubert, whose gouaches made for Versailles were pre-empted by the Louvre. 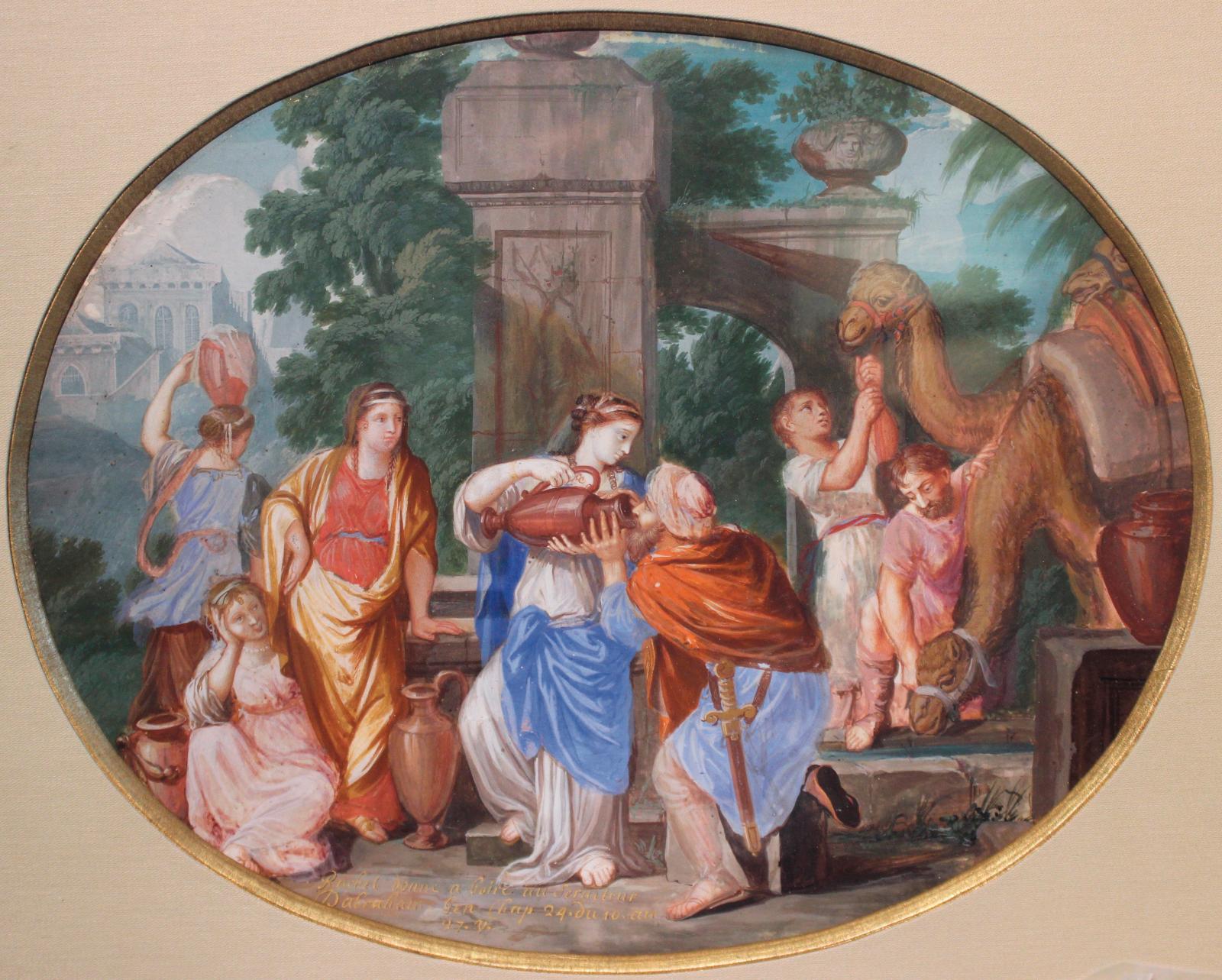 These two works by Jean Joubert will enrich the Louvre’s collections, which makes sense: the museum already has 69 of his miniatures depicting Old and New Testament scenes. At first there were 136, made for a room in Versailles where they were hung so close together that they covered the walls, oval and rectangular works alternating with each other. The head curator of Versailles, Christian Baulez, says the room may have been created for the infanta Mariana Victoria of Spain, who lived in the palace during her engagement to Louis XV, before it was occupied by queen Maria Leszczynska and remodelled more than once. Removed in 1730, the miniatures were mentioned in 1785 as being kept in a crate at the warehouse of the Superintendence of Buildings. Then the sale leapt forward to the early 20th century with Jean-Paul Alaux’s Japanese Visions, 12 colour prints in sleeves dated 1909, 1912 and 1913. Published by Devambez in 1920 and dedicated to Jean Corret, they fetched €21,488. Around the same time, Mathurin Méheut painted Rocks in the Undergrowth at Fontainebleau in oil on two cardboard panels, mounted together on frames, whose autumn colours won a bidder’s heart for €17,822.

MOBILIER - OBJETS d'ART-ART D'ASIE
Goxe - Belaisch - Hôtel des ventes d'Enghien
Info and sales conditions
Catalogue
Newsfeed
See all news
The YBCA 10: Racial Equality and Climate Justice Fellowships
Corona-Proof Hug: World Press Photo 2021
David Zwirner Heads to Hollywood
Black Cultural Archives Resign Following Controversial UK Racism Report
Not to be missed
Lots sold
Madame Elisabeth and her Furniture at the Tuileries
A bergère was the star at this Normandy sale, where the name of…
Lots sold
World Record for Pompon
In his fables, La Fontaine never imagined a meeting between the…
Lots sold
A Historic Toulouse-Lautrec
A collector got the bit between his teeth, snaffling the work of…
Lots sold
The Allure of Paul Jouve’s Tigers
A major artist during the Art Deco period, the painter of animals made…