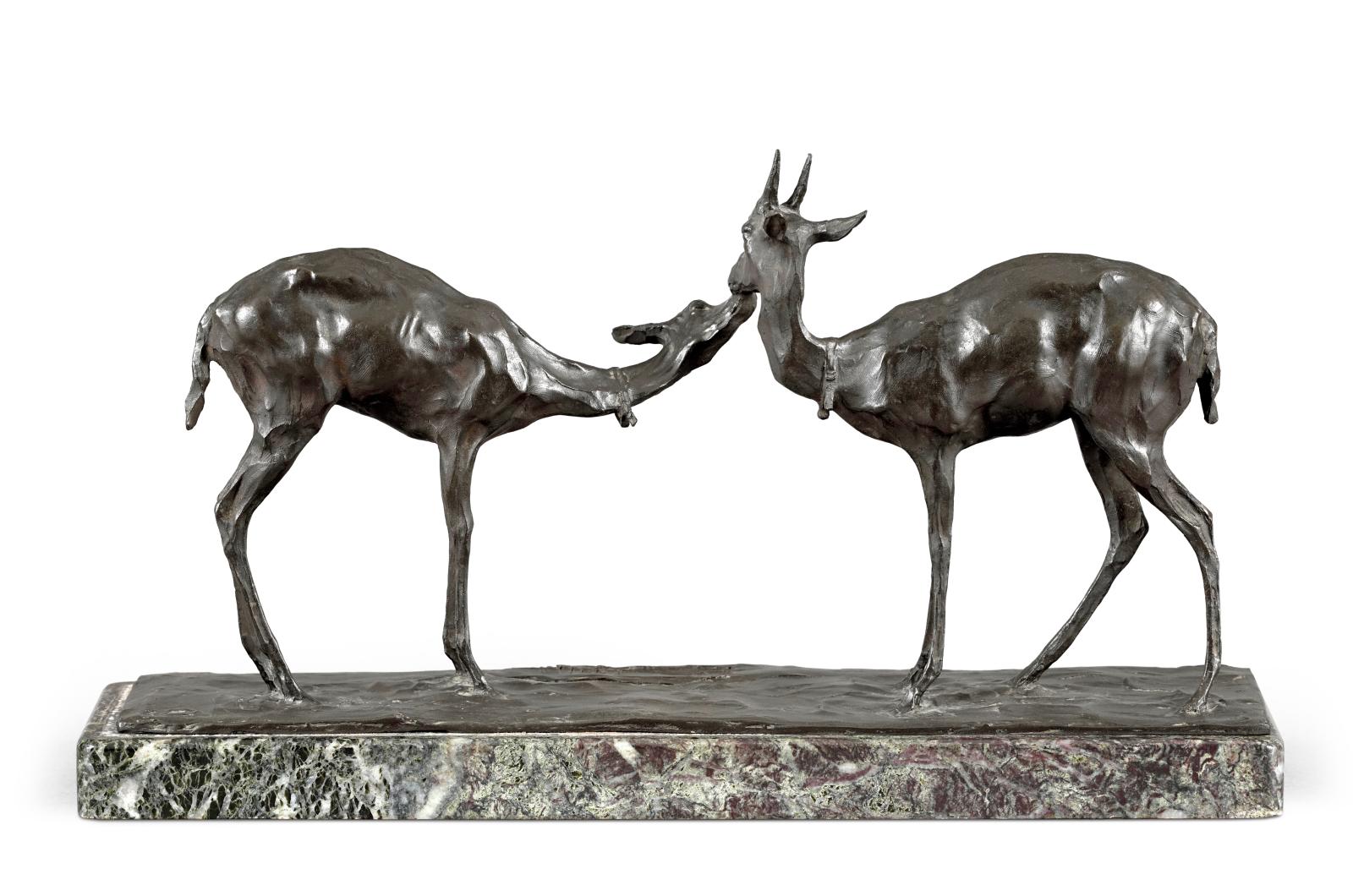 This pair of peaceful herbivores is one of three known copies of a group made in 1905 by Bugatti, edited by Hébrard and cast by Albino Palazzolo. The bidding reached €300,000, putting it in the upper range of prices recorded for this sculpture (source: Artnet). Audenarde, in Flanders, and Enghien, in France, were the cradles of European tapestry. The wool and silk tapestry with Aristolochia décor came out of their workshops in the late Renaissance. It features tufts of flowers – daisies, poppies, daffodils, violets, periwinkles, strawberry blossoms, carnations, foxgloves, columbines – five birds, a lavish border decorated with foliage and crests in the corners. This high-flying masterwork sold for €200,000. Next up came a selection of stunning sports cars from the Trente Glorieuses era in France, including a beautiful R 1135 Renault Gordini 1300, which came out in 1967. Sold as is, it fetched €42,900. The auction also included contemporary art: an abstract, untitled oil painting by Wang Yan Cheng was bought for €27,100.

Instant replay of the results obtained by a 16th-century wool and silk tapestry with an aristolochia decoration, from Audenarde or Enghien. 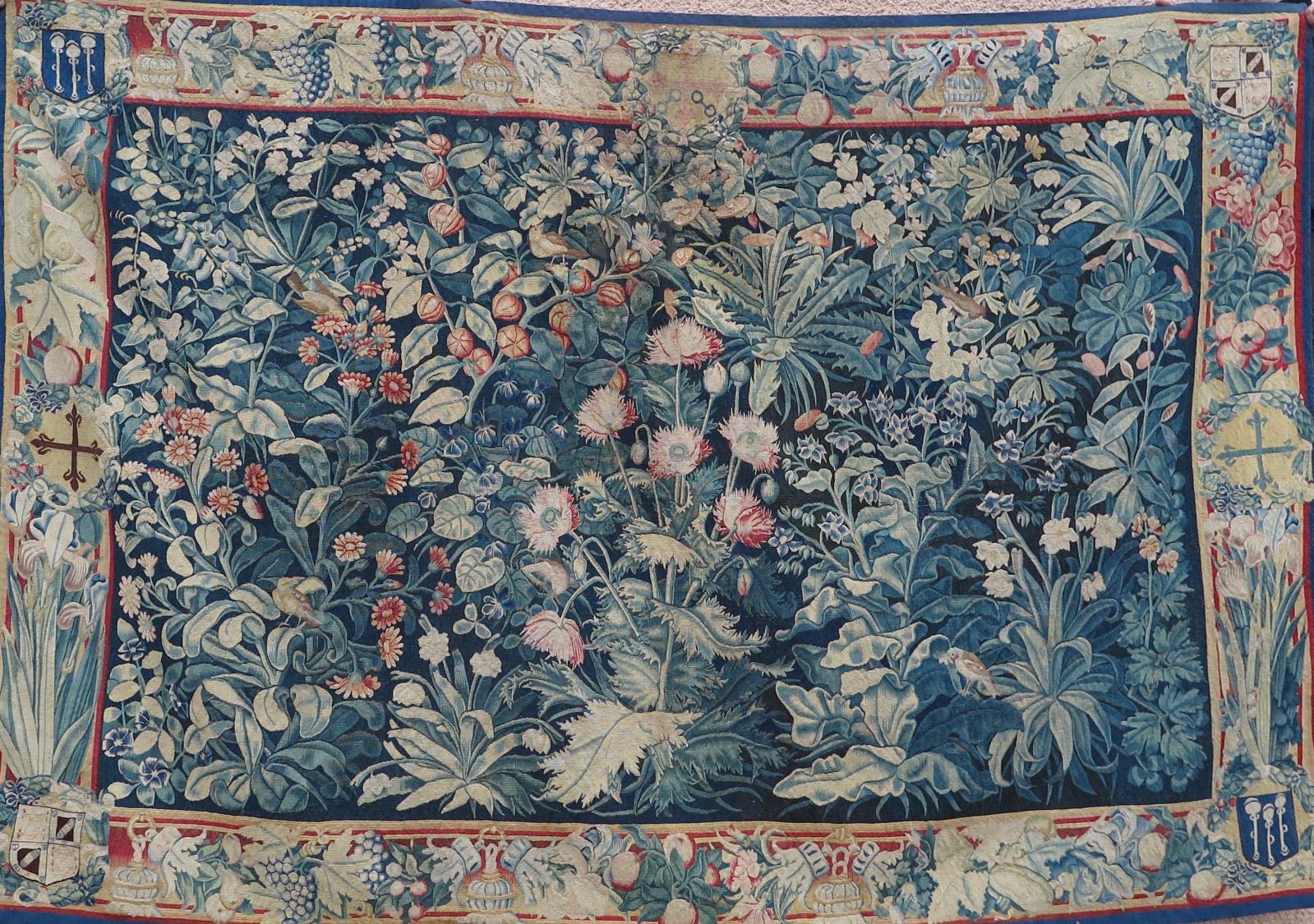 At a sale in Saint-Etienne, in eastern central France, this piece had a marvellous surprise in store for art lovers when it soared up to €200,000, multiplying its estimate by six… A splendid victory at a time when medieval and Renaissance works are struggling to find takers. True, this result was justified by its remarkable condition, and its amazingly fresh colours in particular. The tapestry came from a Burgundy collection and eventually went to a British connoisseur. It is also remarkable for its rich decoration of aristolochia and clusters of daisies, poppies, daffodils, violets, periwinkles and columbines, with five birds playing merrily among them. The border is equally opulent, ornamented with a mixture of irises and vine branches. Each corner features as yet unidentified coats of arms. The piece was woven at either Audenarde or Enghien: two Flemish cities that became famous for their tapestries in the 15th century, their output reaching a peak the following century. In Audenarde, the guild of tapestry weavers is mentioned for the first time in 1441, and a few decades later the Enghien factory began exporting its works to the Duchy of Burgundy.

mobilier et objets d'art, Haute Époque, art nouveau, art déco, art d'Asie, tableaux anciens et modernes, dessins anciens, sculptures, bronzes, vélos anciens, Renault Gordini 1300 Type R 1135
Ivoire - Hôtel des Ventes du Marais
Info and sales conditions
Newsfeed
See all news
Louvre Museum Opens Le Studio in October, A Place Dedicated to Exchange
UNESCO Announced the Return of the Gilgamesh Tablet to Iraq This Thursday
"Œuvres Choisies" Exhibition Ushers In the New Auction Season at Drouot
RER C Train Will Transport You to the Paris City Museums
Not to be missed
Lots sold
From the Living Room to the Bedroom: Cannes-Style El…
The sale of the entire stock of furniture from a château in the…
Lots sold
The Art of Fin-de-Siècle Jewelry
In Lyon, two imposing necklaces conjured up the balls and evening…
Lots sold
Impressive Dutch Style Marquetry and an 18th-Century…
In Lorraine, the contents of a very fine residence set off to new…
Lots sold
Valtat: The Virtuoso of Color
The painter, famous for his vivid landscapes, was celebrated through…