While the model of a Chinese pagoda and mementos of the Montmorency family were keenly anticipated, a painting linked with Greek independence was a distinct surprise. 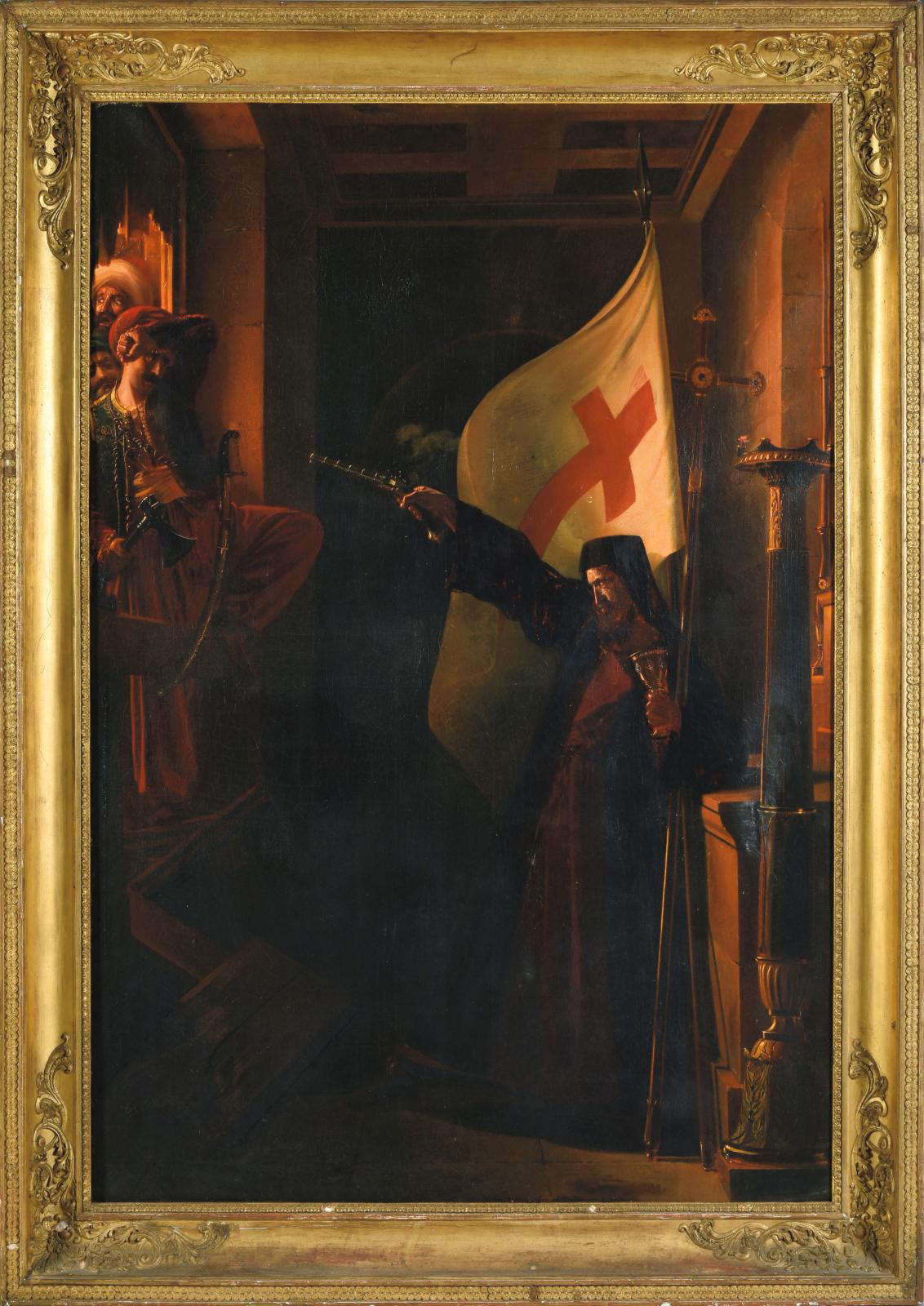 Long before it housed the offices of La Gazette Drouot, the Boulevard Montmartre in Paris had a country feel, as described in the "Coup de Coeur"("Favorites") section of issue #35. All along this road, picturesque buildings rose up, sometimes temporary ones, like the Hôtel de Montmorency-Luxembourg's Chinese pavilion. Models of what can be considered the ancestor of fashionable edifices during this contemporary period, designed to embellish the park of an elegant venue, became widespread. This one was preempted by the Carnavalet Museum for €45,080, and now joins the rich collections of this recently transformed institution devoted to the history of Paris: an acquisition that will charm all visitors.

At this sale, the Musée de Versailles carried off—this time for €7,728—a Chinese porcelain plate with imari decoration (diam. 28 cm/11 in) from the service commissioned by Louis XV via the French East India Company in 1738, probably for his winter dining room.

The Montmorency family's memorabilia represented another predictable point of view. A pair of paintings with views of the Château de la Brosse—one overlooking the courtyard, the other the garden—painted in 1781 by Pierre-Alexandre Royer (1769-1796) fetched €42,504, while €19,320 went to the Portrait présumé de la duchesse de Montmorency (The Presumed Portrait of the Duchess Montmorency, 1774-1846) (20 x 15 cm/7.9 x 5.9 in), a miniature on ivory by one of the great names in the specialty, Daniel Saint (1778-1847).

However, a large painting of c.1825 presented as the work of the French school was a total surprise. Its subject, Le Prêtre grec (The Greek Priest), shows a scene from the 1821 Greek War of Independence that so fired up European intellectuals. It shows an Orthodox priest defending the Cross against some Ottoman soldiers. In this year of another bicentenary, just as the Louvre is staging a major exhibition entitled "Paris-Athens: The Birth of Modern Greece, 1675-1919" (until February 7, 2022), this ambitious composition fetched €193,200: no doubt, the bidders had some idea of its creator… 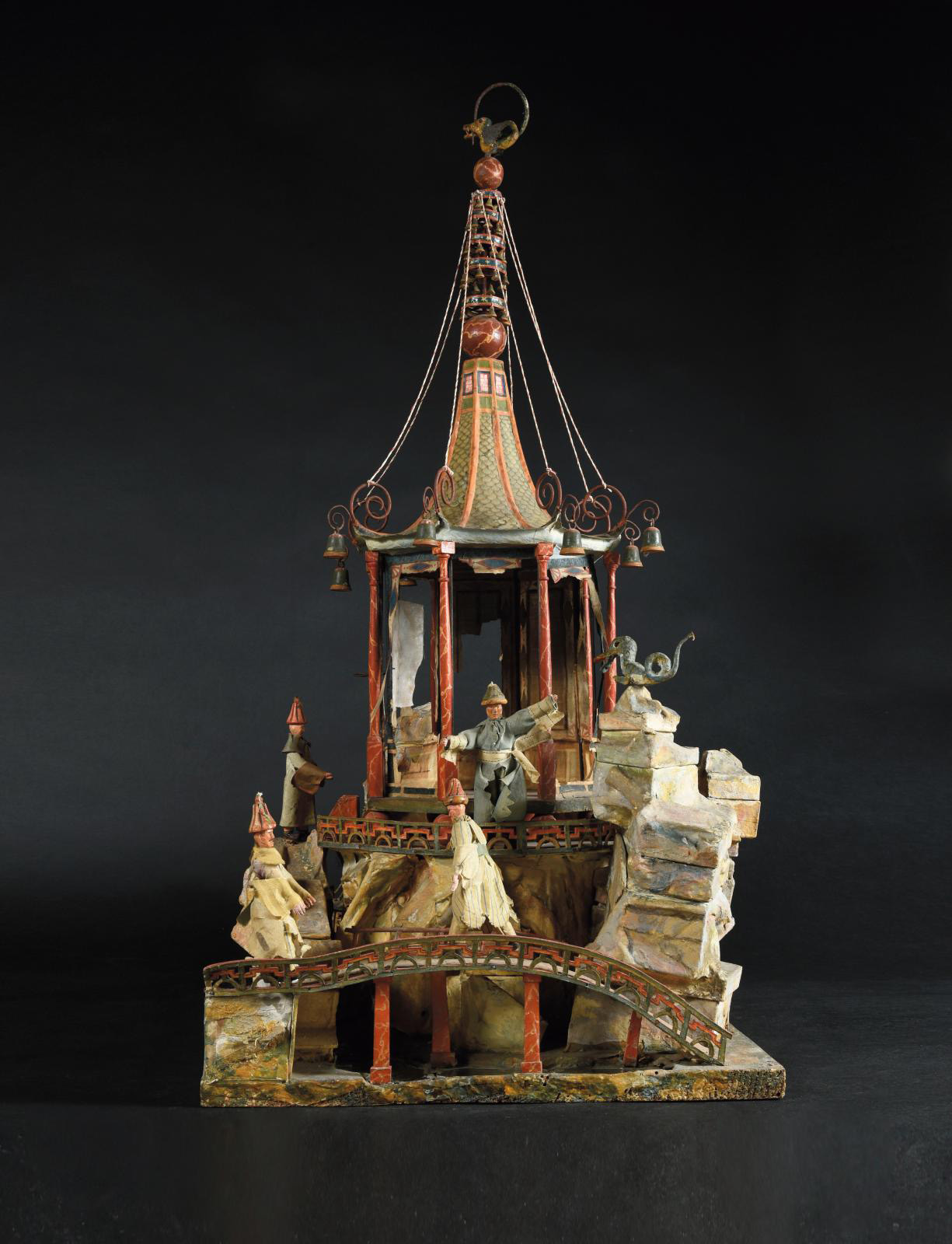 A Spectacular Folly in the Form of a Chinese Pagoda

Odd things can sometimes turn up in attics. This model of a Chinese pagoda built for the grounds of a Paris hôtel particulier (an urban mansion) was found under the roof of a château.