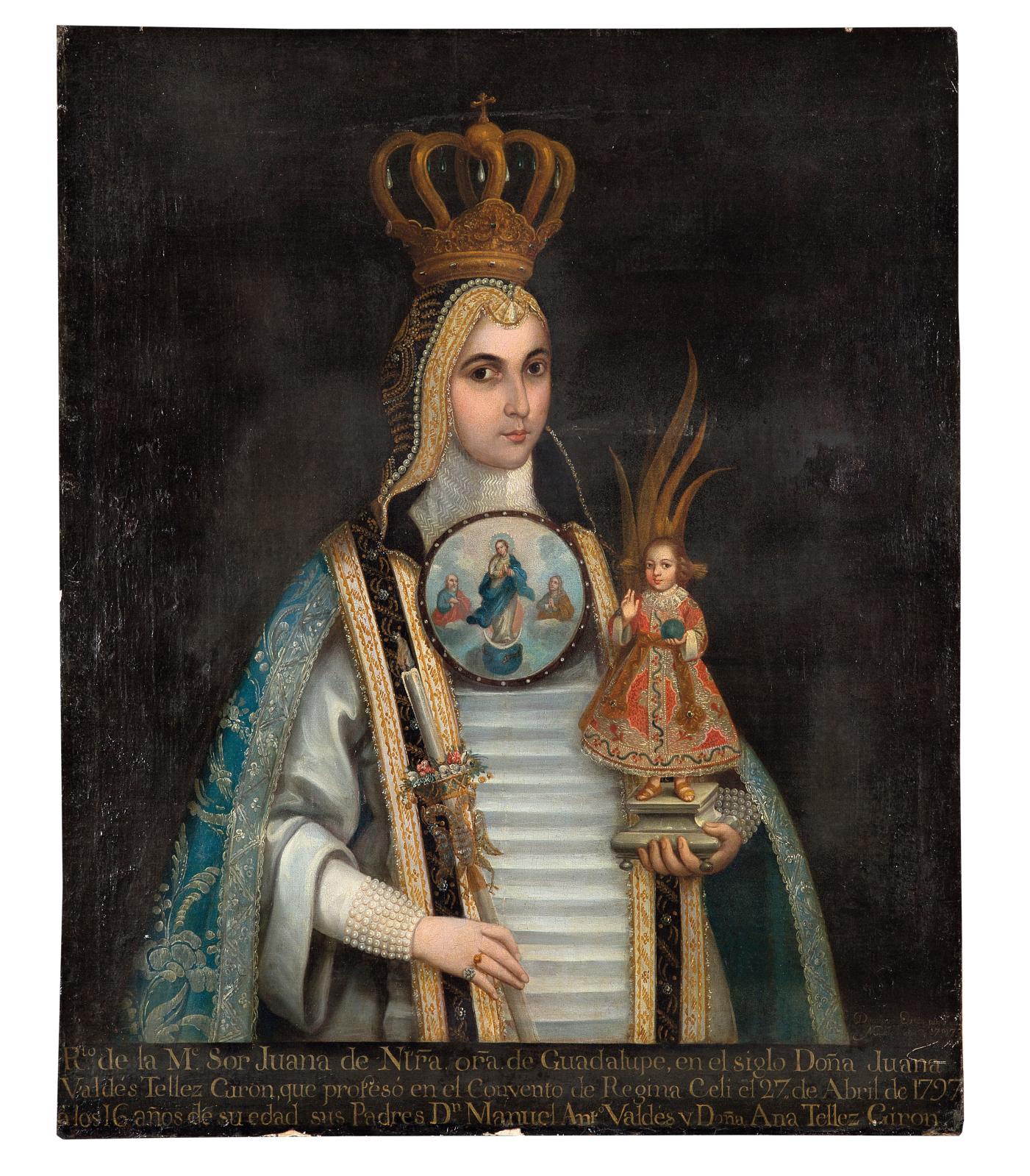 Rare on the French market, the Latin American paintings collected by Enrique Freymann largely contributed to the success of this auction of old masters, which totaled €1,239,626. Portrait of Sister Juana, signed by Domingo Ortiz, fetched €482,100, soaring past its high estimate of €60,000. An inscription tells the story behind the painting. In 1797 the young Juana Valdes Tellez Caronque entered the Regina Caeli convent, where she became a nun and took the name Sister Juana de Nura. The portrait must have been intended as a way for her family, one of the greatest and oldest in Mexico, to remember her. She is depicted with ornaments characteristic of her country, like the large painted copper medallion around her neck and the candle in her hand. Another work has the value of an ethnographic document. A 16th-century artist of the colonial school painted The Volador Dance, which sold for €284,320, three times its estimate. From the men jumping from the top of the pole to invoke the gods and make rainfall to the people dancing on the ground on the right-hand side of the painting, he sought to immortalize pre-Columbian rites before they vanished.
Then the auction returned to Europe and a rediscovered work by François Lemoyne (1688-1737) that was preempted for the Musée National du Château de Versailles at €71,500: Étude de femme assise pour le plafond du salon d'Hercule à Versailles (Study of a Seated Woman for the Ceiling of the Hercules Room at Versailles) in black chalk and white chalk on blue paper (26 x 28 cm, 10.2 x 11.02 in).