Maternal Love According to Mai-Thu

The highlight of the sale was a tender family scene by the now much sought-after Vietnamese master. 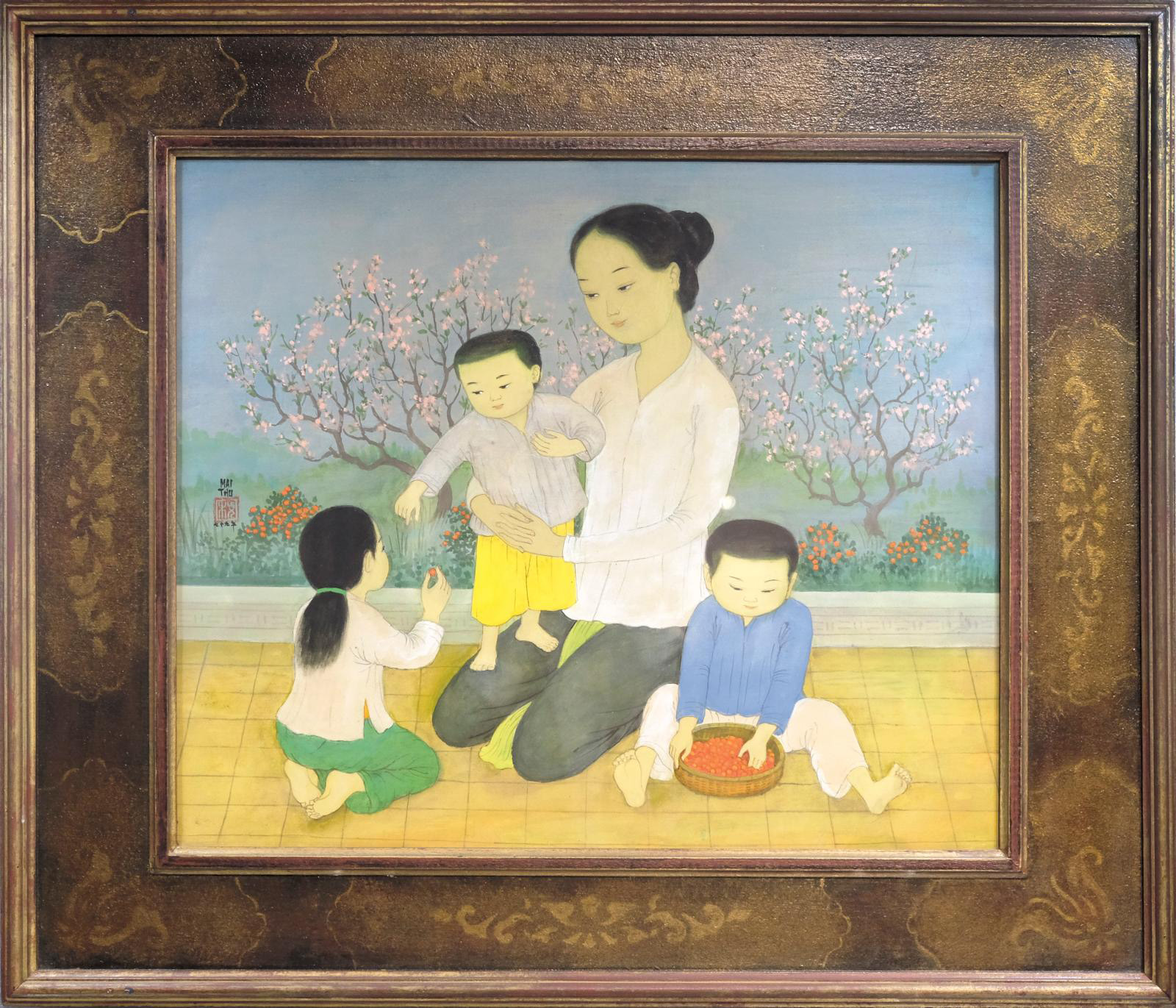 There were only two works in the sale, but excellent results were expected, as they were by the artist Mai-Thu (Mai Trung Thu). Mère et enfants aux cumquats (Mother and Children with Kumquats) took first place fetching €353,400; the work, an ink and gouache on silk (66 x 77 cm/26 x 30.3 in), with its original frame made by the artist, as is often the case), features themes dear to the artist, who endlessly recreated the tender family scenes he witnessed in his distant Vietnam. The painting also has an interesting history: it was bought in late 1979 during one of Mai-Thu's first exhibitions at the Apesteguy Gallery in Deauville: one of the official showcases for the painter's work in France until he died. The scene will be included in the catalogue raisonné currently being prepared by the artist's daughter. Meanwhile, the second painting, Le Printemps (Spring), fetched an impressive €316,200. This is an ink and gouache on silk pasted onto soft cardboard (60 x 45 cm/23.6 x 17.7 in, frame included). Like its counterpart, it came from the same Deauville gallery. The two delicate, nostalgic compositions came with a certificate issued to the last owners by the gallery on January 24, 1980. 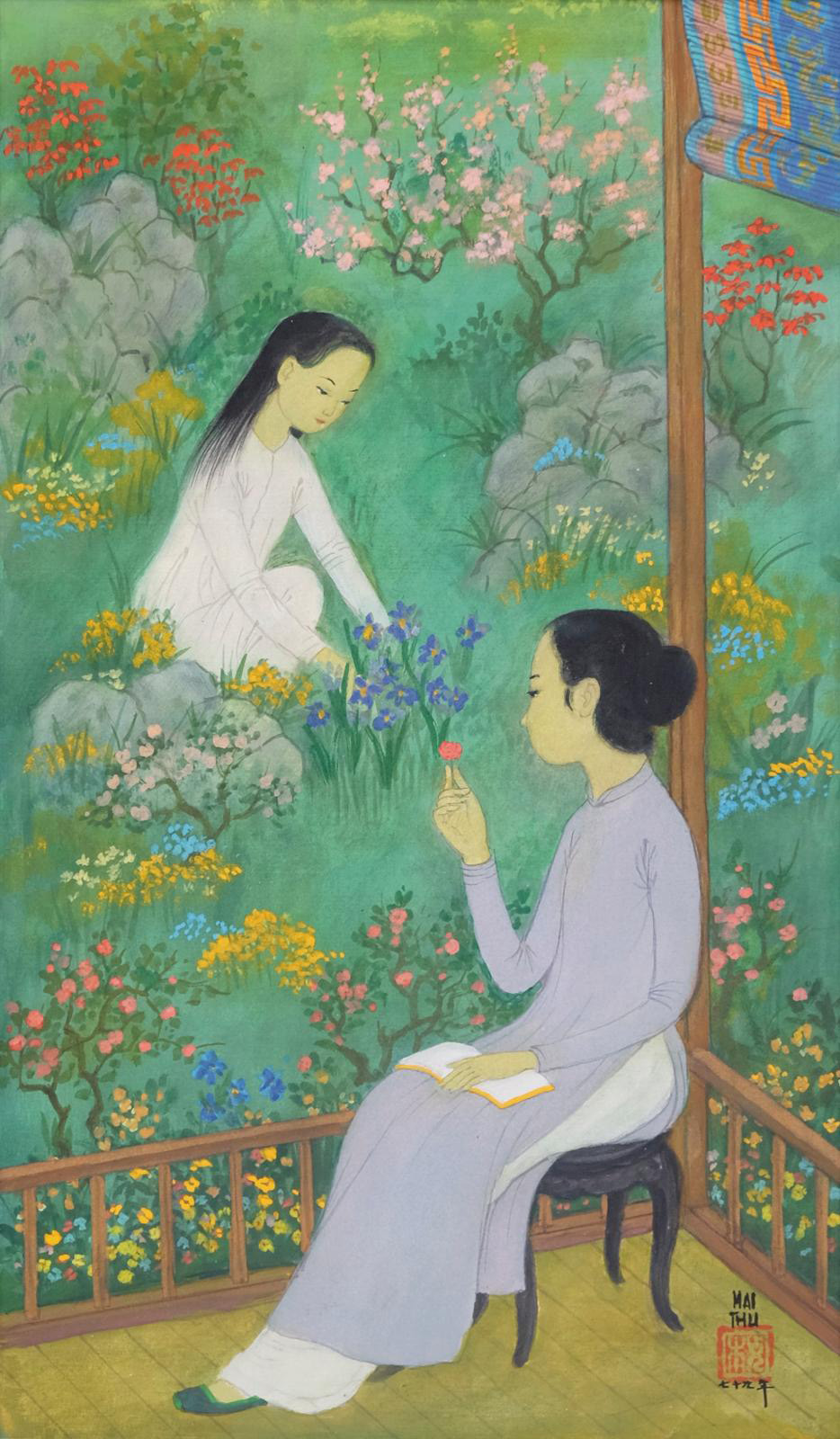 Currently in the spotlight at the Musée des Ursulines in Macon, Mai-Thu is also making headlines at auction, with two gouaches new to the market.