Like a prelude to an exhibition, this sale featured a particularly appealing work by Mai-Thu (1906-1980), where, as usual, good little children dialogue with each other. 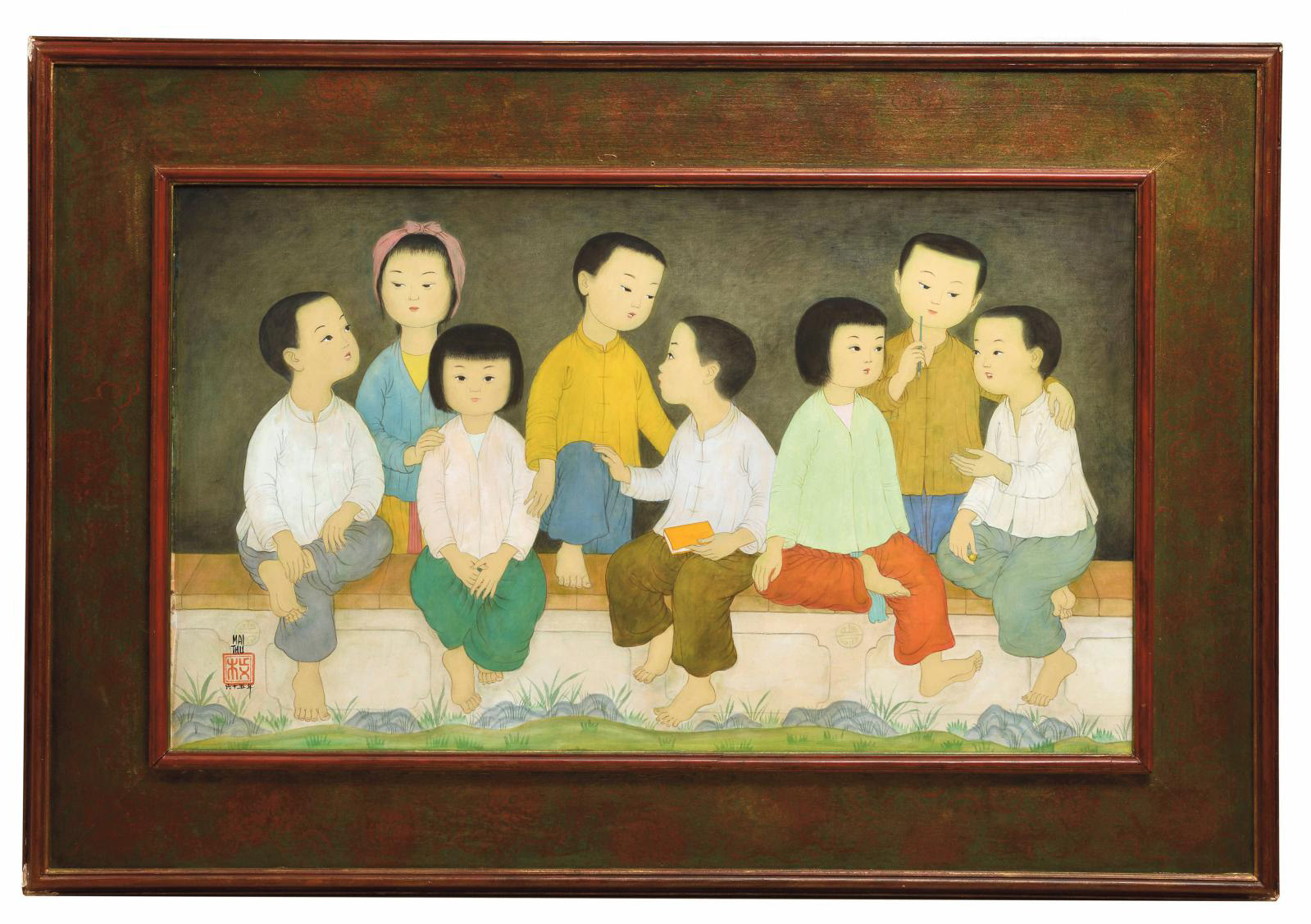 This heartwarming scene by the master of children’s paintings, Mai Trung Thu, aka Mai-Thu, illustrates a gentle life seen through Vietnamese eyes. Sur le balcon (On the Balcony) lived up to expectations by fetching an impressive €537,660, soaring past its high estimate of €150,000. The 1965 ink and gouache on silk, still in its original frame painted by the artist (a bonus), returns to the theme of childhood, his leitmotiv after moving to France in 1937.

The sale was unique in that Sur le balcon was the only lot, a kind of prelude to the show that the Musée des Ursulines in Macon, Burgundy will soon devote to the artist: “Mai-Thu, écho d’un Vietnam rêvé” ("Mai-Thu, echo of an Ideal Vietnam", June 16 to October 24, 2021). Mai Lan Phuong, the artist's daughter, in partnership with the Cernuschi Museum in Paris, made the 140-painting show possible. Why did the museum choose this theme? Because during the Second World War—in 1941 and 1942 to be exact—the demobilized Mai-Thu lived and worked in Macon, where he painted many works, including portraits of local art lovers and even pictures in Saint Peter’s church.

MAI TRUNG THU (1906-1980)
Quai des Enchères
Info and sales conditions
Catalogue
Newsfeed
See all news
French Culture Budget Increases by 7.5 Percent
€840M Collected for the Reconstruction of Notre-Dame
FIAC Announces its Artistic Program
1:54 Contemporary African Art Fair, Ready for a 9th Edition
Not to be missed
Lots sold
From the Living Room to the Bedroom: Cannes-Style El…
The sale of the entire stock of furniture from a château in the…
Lots sold
The Art of Fin-de-Siècle Jewelry
In Lyon, two imposing necklaces conjured up the balls and evening…
Lots sold
Impressive Dutch Style Marquetry and an 18th-Century…
In Lorraine, the contents of a very fine residence set off to new…
Lots sold
Valtat: The Virtuoso of Color
The painter, famous for his vivid landscapes, was celebrated through…