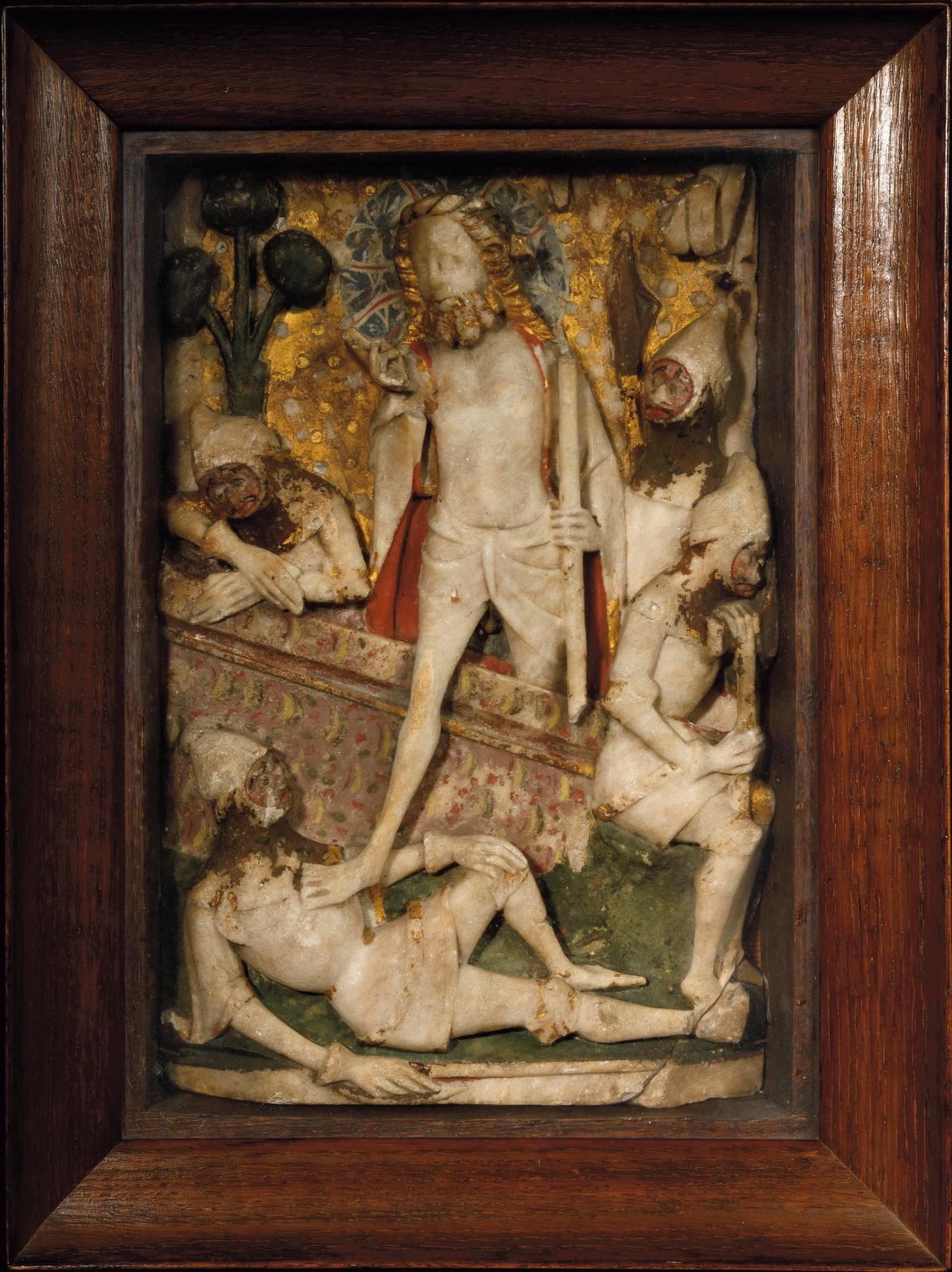 Doubling its estimate to €32,500, this alabaster plaque of Christ emerging from the tomb, one hand holding the shaft of the Cross, the other held up in blessing, is similar to elements of an altarpiece now in the Musée de Cluny-Musée National du Moyen Âge (Cluny Museum - National of the Middle Ages) in Paris. This features the same stylized tree rather than the angel usually appearing in this type of composition: a stylistic characteristic of the York school, the main English alabaster production center in the 15th century alongside Nottingham and London. At that period, the Midlands provided plentiful alabaster deposits for sculptors, who became specialists in this stone as immaculate as marble but softer to carve. From the 1350s to 1550, they produced numerous devotional objects, statuettes and altarpiece components, until the iconoclasm of the English Reformation put a stop to their activity, and made these pieces rarities for the collectors who rediscovered them in the 19th century.