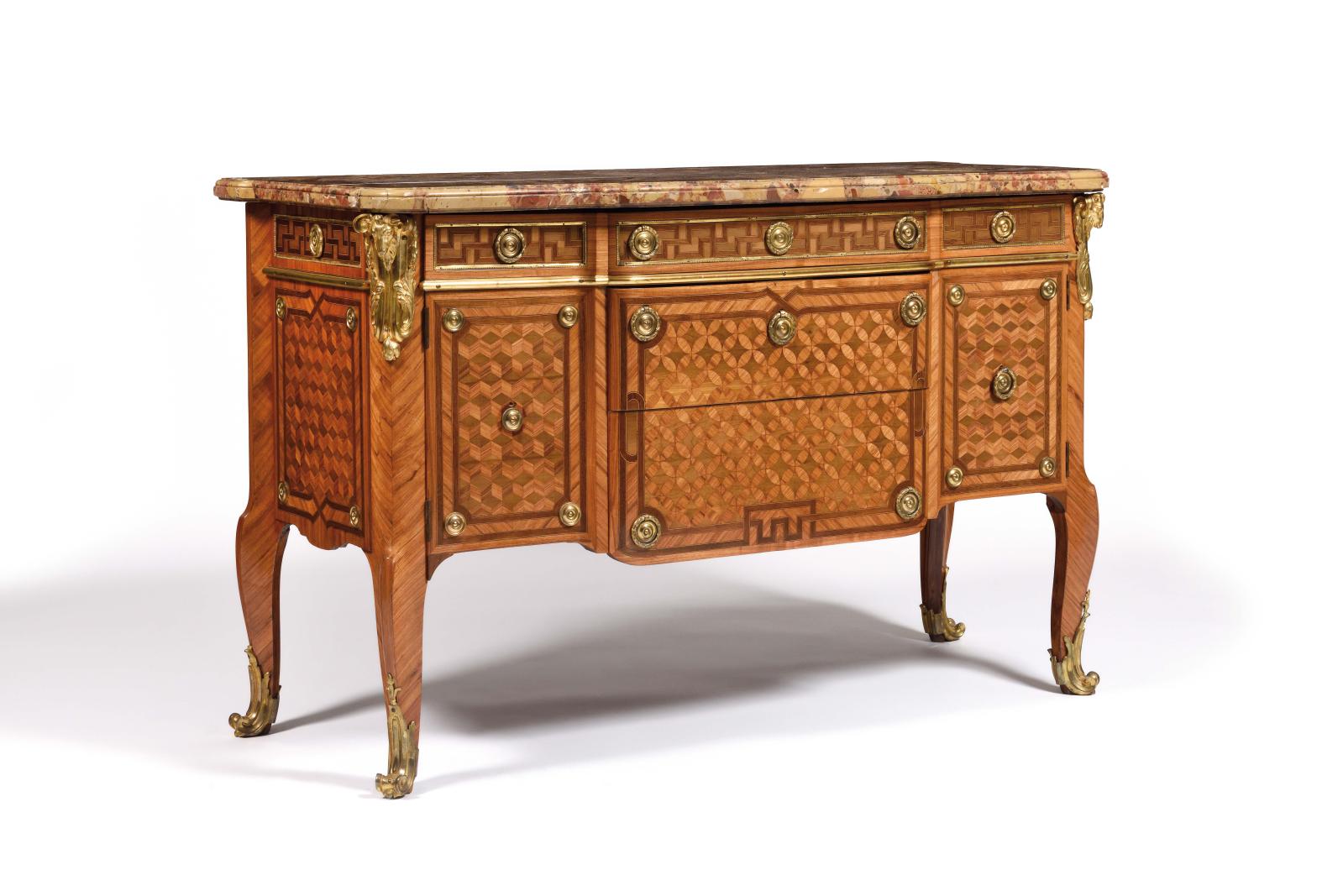 As expected, three eighteenth-century chests of drawers achieved some of the best results of this first sale by the new "Great Centuries" department at the Osenat auction house in Versailles. The model reproduced was made by Jean-François Œben, the King’s cabinetmaker and mechanic who went down in history for the desk he started for Louis XV in 1761 that was finished by Jean-Henri Riesener. The more soberly ornamented Greek-style chest of drawers presented here had a less august destiny but was nevertheless hailed for its elegance and quadrupled its estimate. Expected to reach €15,000 at the most, the pair of small chests of drawers stamped by François Rubestuck made the transition between the Louis XV and Louis XVI periods. They, too, drew notice, fetching €33,750. Inlaid with music trophies and bouquets of flowers, these pieces of furniture combine rosewood and green-tinted sycamore to bring out their ornaments on a tobacco-tinted plane tree background. A Louis XV period chest of drawers, enhanced by gilded bronze offcuts with openwork cartouches and flowers, echoes of flowering branches, and plum trees livened up with birds in polychrome European lacquer decoration, fetched €21,875. It bears the master's stamp: Criaerd.