Pierre Jeanneret took the lead in this "20th-century special" with this conference table. 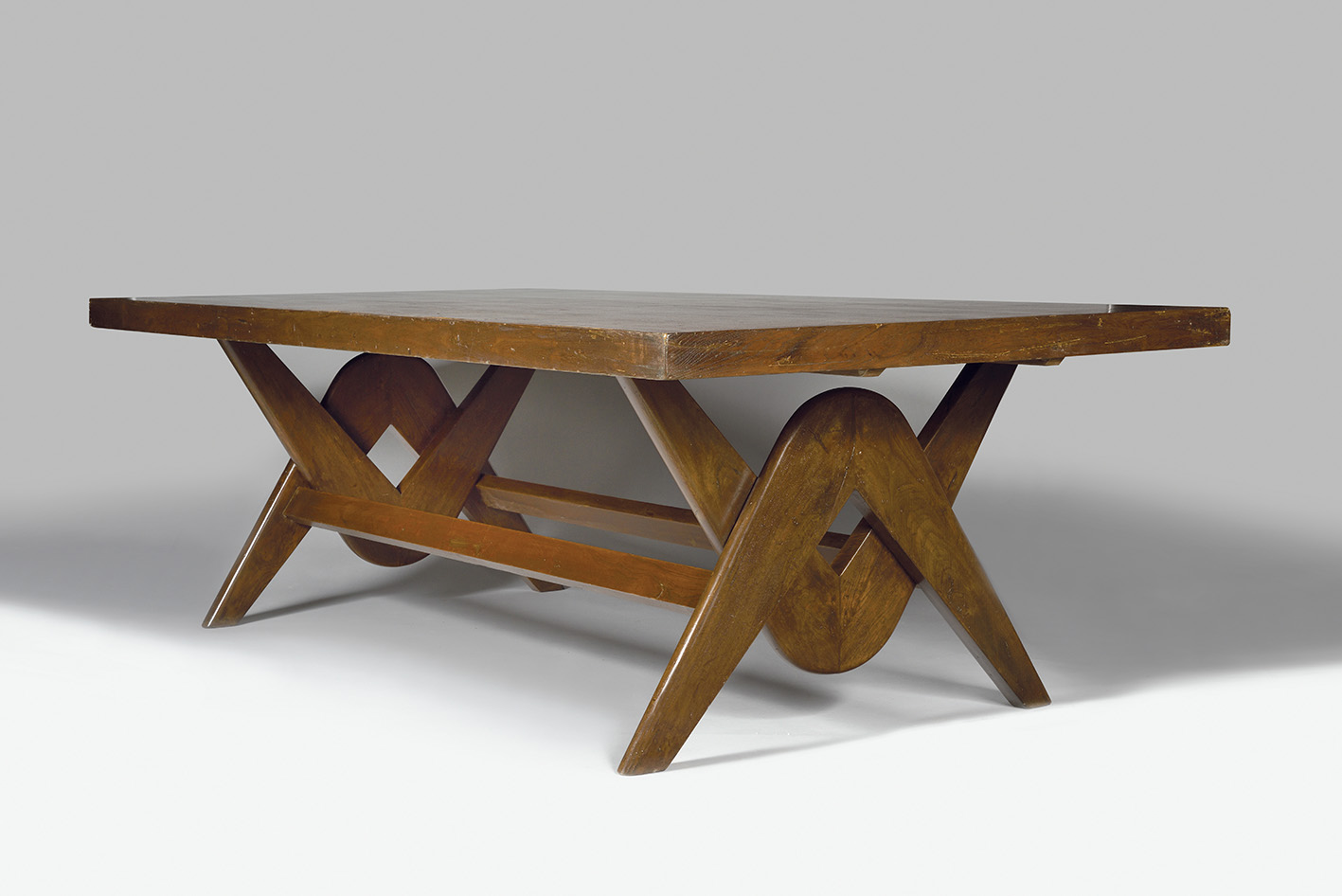 Represented by a dozen pieces of furniture, Pierre Jeanneret (1896-1967) was in the limelight at this sale dedicated to the 20th century, mainly thanks to this conference table, which fetched €51,250. Made for Le Corbusier around 1963, it was intended for the Palace of Assembly in Chandigarh, the Indian city designed from scratch by the Franco-Swiss architect. The table's graceful legs feature the leitmotif of several buildings in the complex: the "V" shape designed to lighten the load-bearing concrete structures. Only a few examples of this model were produced, with variations in their dimensions. Made in around 1957-1958 for the secretariat and various administrative buildings of the new city, a desk with the reference "PJ-BU-02-A", featuring pigeonholes designed to hold books, obtained €13,503. In contrast with these decidedly functionalist pieces, Albert Cheuret (1884-1966) elegantly combined Art Nouveau and Art Deco in a bronze and alabaster chandelier shaped like a heron. This fine object took flight at €18,750. A similar result was achieved by Nicolas Tarkhoff's painting of Les Tentes sur la plage, Soulac-sur-Mer (Tents on the Beach at Soulac-sur-Mer), depicted in an Impressionistic style (46 x 65 cm/18.1 x 25.6 in).

L'Esprit du XXe siècle - Design furniture, objets d'art, paintings and contemporary art
Osenat
Info and sales conditions
Catalogue
Newsfeed
See all news
New Appointments at Centre Pompidou’s Brussels Outpost Marred by Accusations of Sexism
Nepotism Accusations in South Korea After Resident’s Son Receives Art Grant
AirBnB Offers the Chance to Stay a Night in Gaudí’s Casa Vicens for Just €1
Two Yayoi Kusama Infinity Rooms Reopen at Rubell Museum, Miami
Not to be missed
Lots sold
Record for a scene of daily life in the Punjab
Sixteen Indian miniatures from the same private collection provided…
Lots sold
An imperial bid for a Ming vase
One of the first Chinese porcelain pieces in "blue and white", a…
Lots sold
Heroic Drawing by Fontaine Goes Back to the Louvre
It is only fitting that this work by Pierre-François-Léonard Fontaine…
Lots sold
A Lalanne Rabbit Hops to Success
Modern and natural works were the core of this sale devoted to Claude…