A rare seascape from the Count Doria collection met with success. 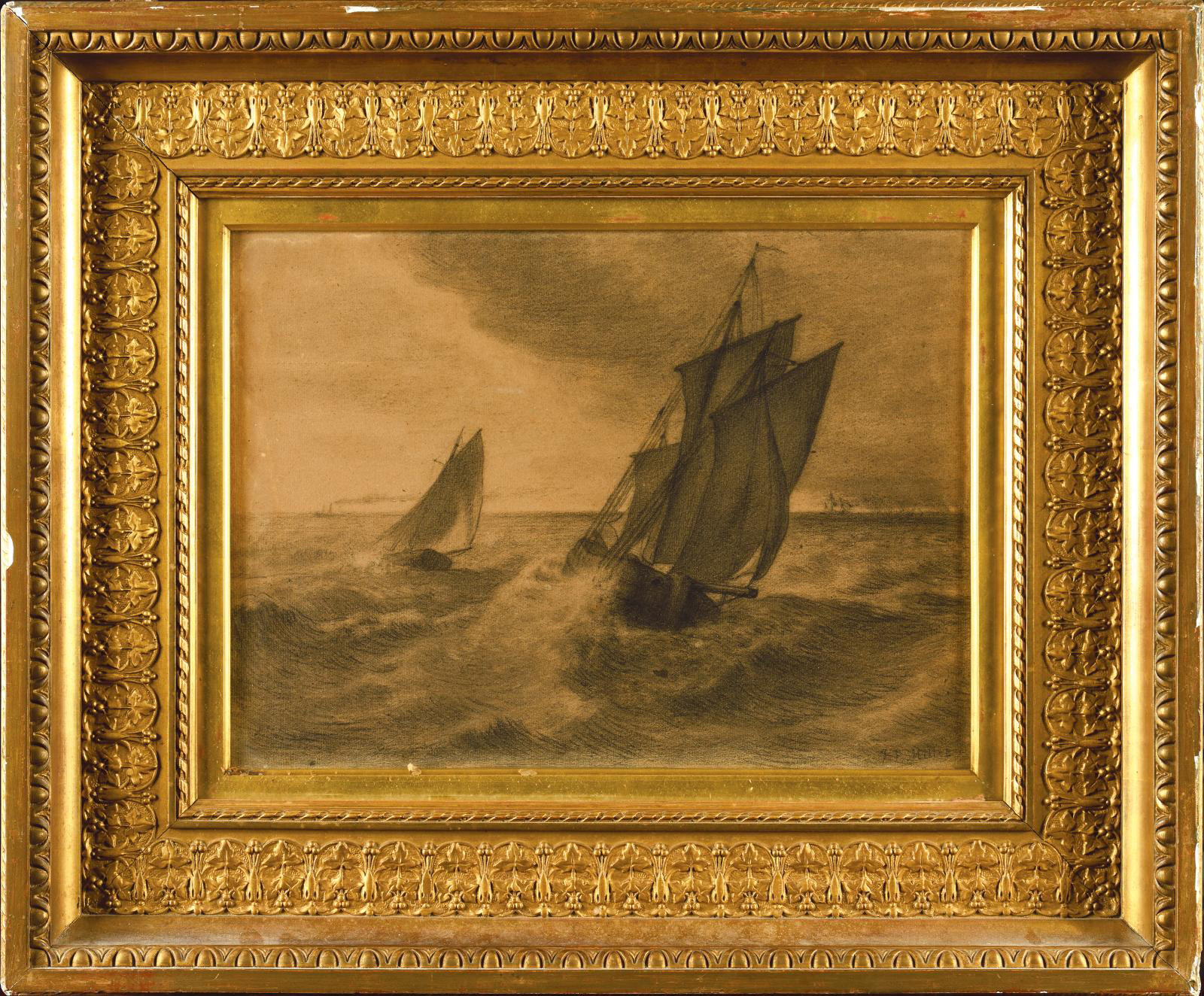 French phone bidders fiercely fought over this charcoal by Jean-François Millet (1814-1875), which eventually fetched €47,500. Its good condition, but especially the extreme rarity of Millet's seascapes, explains the triumph of Pleine mer par vent frais, un grain (Open Sea with a Brisk Wind: A Squall). So does its provenance. Exhibited at the Paris École des Beaux-Arts in 1887, the drawing was in Count Armand Doria’s collection and the catalog of his 1899 estate sale at the Georges Petit gallery.

Along with Jongkind and Corot, Millet was among the first artists promoted by the aesthetically minded aristocrat, even though they were still unknown and misunderstood. Now deemed masterpieces, some of Millet’s works began their career in his salon on the rue de Tivoli (now rue d'Athènes), where he hosted artists he liked and collectors who shared his views. Millet also had a prominent place on the walls of the Château d'Orrouy, through which everybody who was anybody in modern art passed. The count’s interest began in 1856, standing up for artists rejected by the supporters of convention and academic art. “It is not enough to enjoy an artist's talent,” he said. “It is necessary to try to be useful to the artist himself.”

Millet was also represented by a drawing of Simon Butler, the American Mazeppa, which sold for €8,750. The watercolor, gouache and black pencil (6 x 9 cm/2.36 x 3.54 in) was based on Horace Vernet's 1826 painting Mazeppa aux loups (Mazeppa with Wolves) illustrating the ordeal of the pioneer from Kentucky and Ohio, who was captured by Indians and tied to a wild horse. It belongs to a series of lithograph projects by Karl Bodmer for Annals of the United States Illustrated. The Pioneers.

The spirit of the 19th century
Osenat
Info and sales conditions
Catalogue
Newsfeed
See all news
French Culture Budget Increases by 7.5 Percent
€840M Collected for the Reconstruction of Notre-Dame
FIAC Announces its Artistic Program
1:54 Contemporary African Art Fair, Ready for a 9th Edition
Not to be missed
Lots sold
From the Living Room to the Bedroom: Cannes-Style El…
The sale of the entire stock of furniture from a château in the…
Lots sold
The Art of Fin-de-Siècle Jewelry
In Lyon, two imposing necklaces conjured up the balls and evening…
Lots sold
Impressive Dutch Style Marquetry and an 18th-Century…
In Lorraine, the contents of a very fine residence set off to new…
Lots sold
Valtat: The Virtuoso of Color
The painter, famous for his vivid landscapes, was celebrated through…