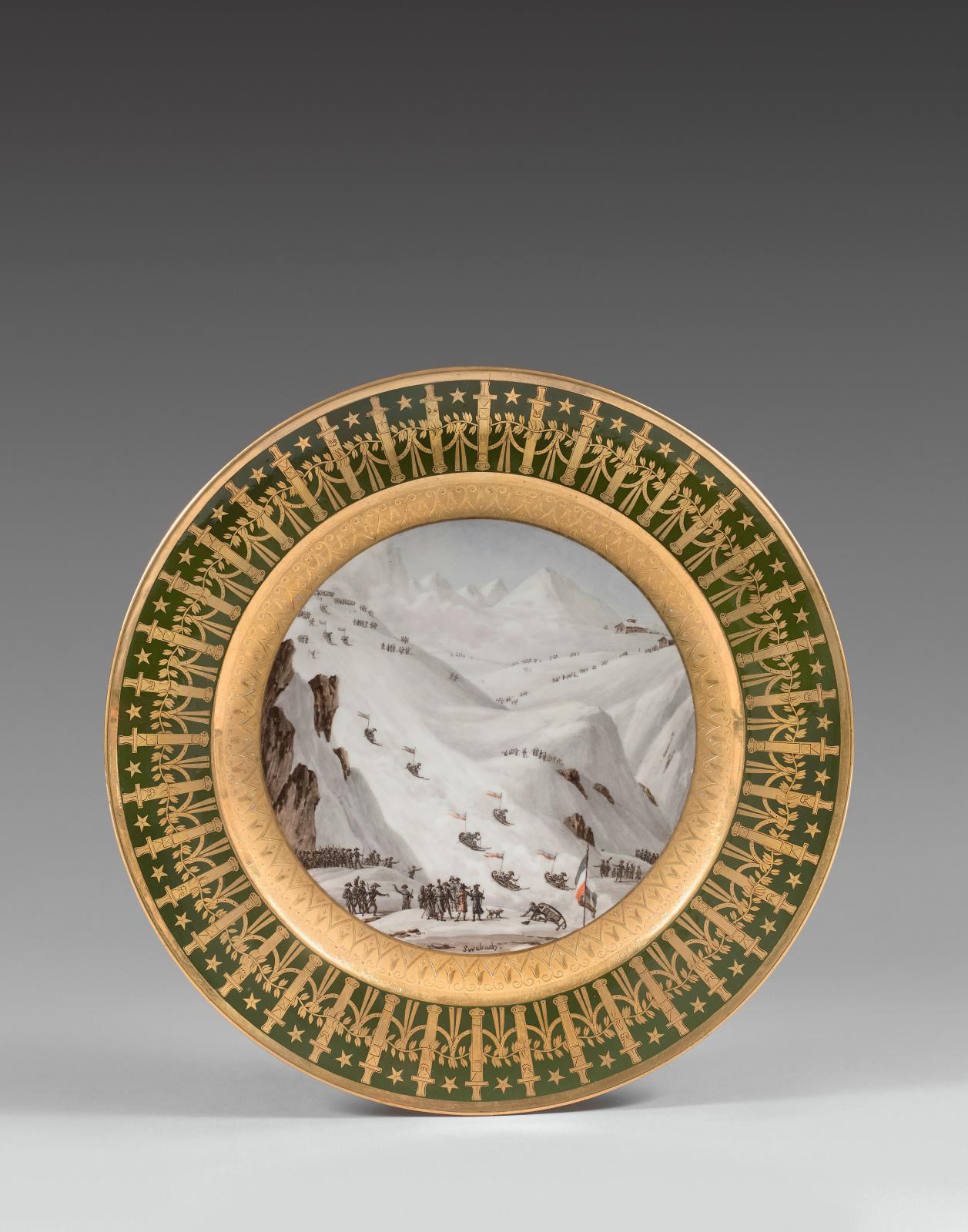 Nearly 800 lots, 80% of which found buyers, brought the First French Empire back to life in Fontainebleau for three days from Monday, November 8 to Wednesday, November 10. This successful sale came as the year commemorating the bicentenary of Napoleon's death draws to a close. The best results were achieved on November 9. Estimated €180,000 at the most, this dish from Napoleon’s “quartiers généraux” ("Headquarters") service fetched the highest bid, €350,000. The result lives up to the originality of the decoration showing soldiers climbing down Mount Saint-Bernard to pay homage to General Desaix, the hero of Marengo who died in battle. Sèvres still stood out with €125,000 for its cabaret of famous women produced in 1810–1811, which the Emperor gave to his sister Pauline Borghese. In March, the one Marie-Louise gave to the Comtesse de Ségur sold for €262,500.

In addition to a purchase by the musée de la Corse (Museum of Corsica), nine preemptions were announced on behalf of the château de Compiègne, musée de la Légion d’Honneur et des ordres de chevalerie, musée national des châteaux de Malmaison et de Bois-Préau and musée de l'Armée. The drawing of Empress Marie-Louise’s hairdresser by Cavelier, after Prud'hon, did not find a buyer. The result for a drawing of a design for the insignia of the Légion d'honneur (Legion of Honor) attributed to Jacques-Louis David and his studio was not disclosed to us.

The Empire at Fontainebleau
Osenat
Info and sales conditions
Catalogue