African and religious art highlighted Gabon and the Middle Ages. 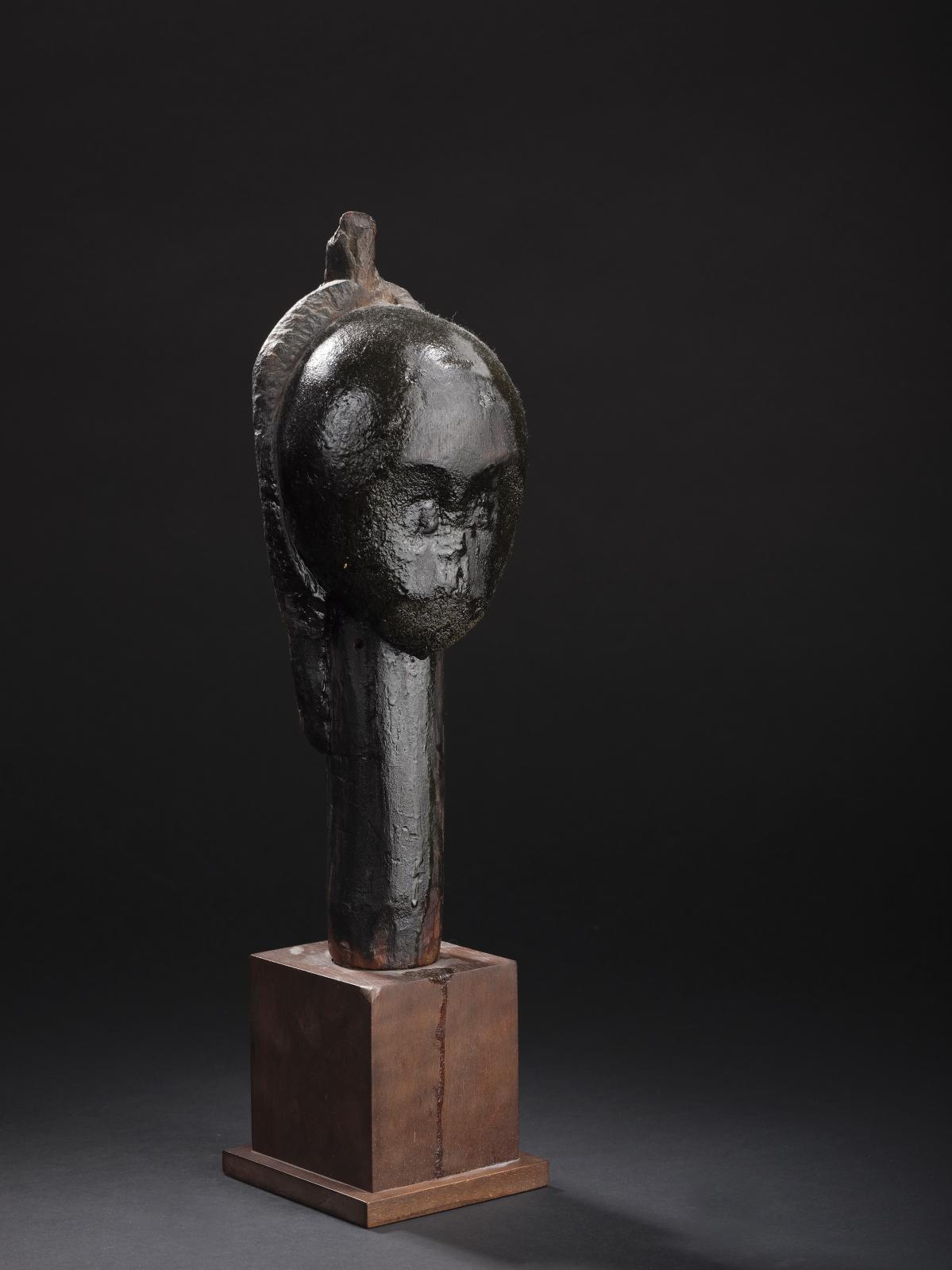 Previously venerated in the dim light of a Gabon hut, probably one belonging to a tribal chief, this ancestor's head was once more adulated on Sunday 6 October when it shot up to nearly four times its estimate. How would this face supposedly dating from the 19th century have looked if it still had its ornaments? Metal or bone discs fixed by metal points (still in place) would have given it a troubling gaze… Also eagerly awaited in the same sale for no more than €20,000, a Spanish St John at Calvary carved in the 13th century was driven up to €77,500. The gentle effigy, his right hand placed on his youthful cheek and his left holding the Gospels, still retained a fine polychromy. This belonged to a collection assembled by Yvan Carrière, who made the most of his job as an airline pilot to seek out rare pieces all over the world.