The Elements: Well-Orchestrated by Bruegel the Younger

Predictably, the star attraction in Lille was this set of Flemish copper paintings, accompanied by gems from the same period in the picture and furniture departments. 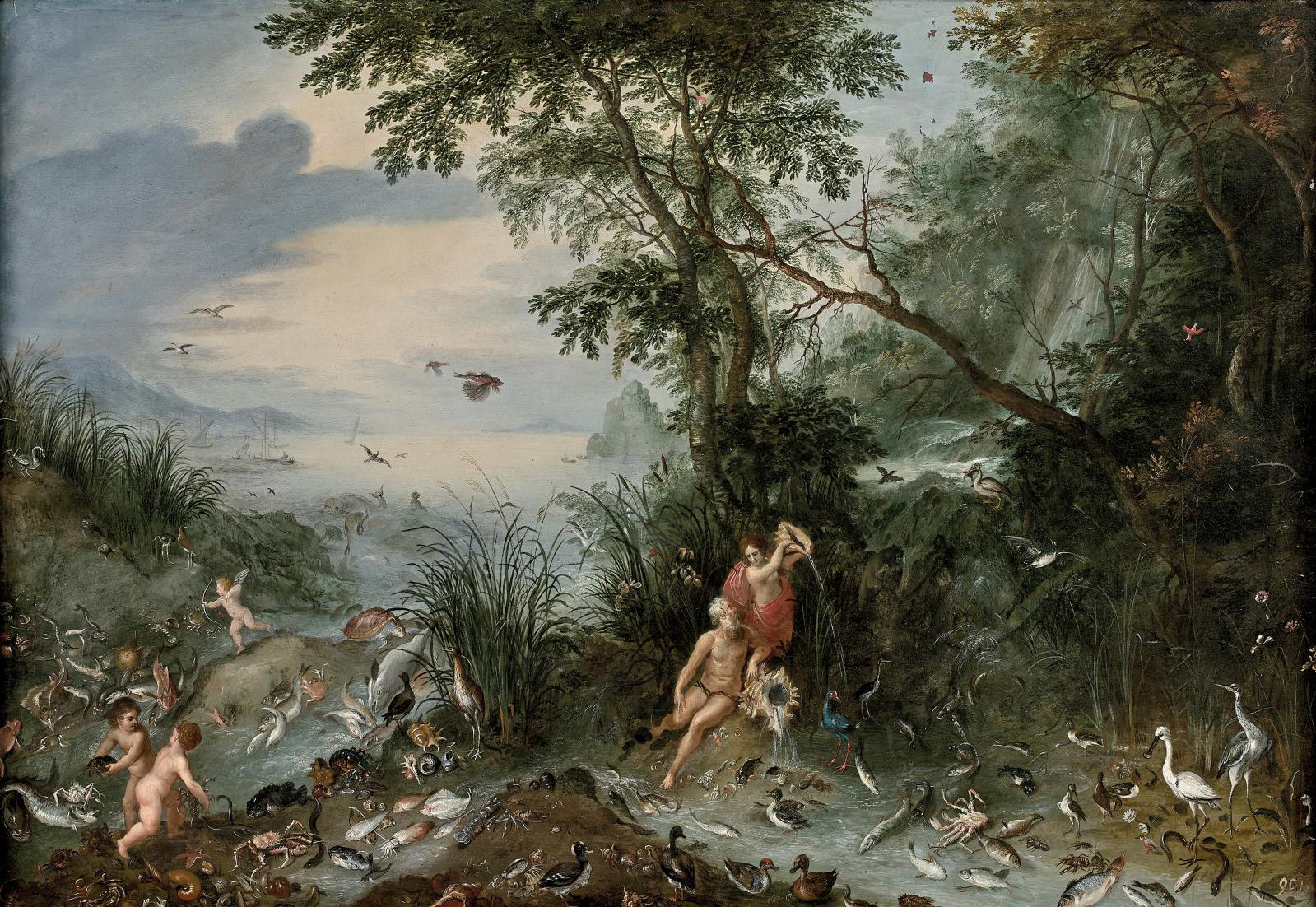 The four paintings of The Four Elements attributed to Jan II Brueghel, known as the Younger, were keenly awaited, as it is rare for sets composed by the artist—and before him by his father, Jan I "Velvet" Bruegel—to have stayed together. A French buyer finally paid €650,000 for Fire, Earth, Air and Water, which had previously appeared with Christie's in London on June 2, 1970.

These paintings were based on the works created by Jan II Bruegel for Milanese cardinal Federico Borromeo in around 1606-1607, also on copper and with the same dimensions. The allegories here were chiefly a pretext for a plethora of still lifes and animal paintings, going beyond the representation of antique myths. Air and Water may well have involved the collaboration of Antwerp painter Hendrick Van Balen.

They were followed by a Portrait of a Man with Gloves at €15,000, attributed to the 16th-century German school, and more particularly to a follower of Barthel Bruyn, the Cologne master. The work was executed on a reinforced oak panel, measuring 89.5 x 63.5 cm/35.2 x 25 in. A Dutch artist, Cornelis Saftleven, based primarily in Rotterdam, painted a signed Noah's Ark, also on wood, 42.5 x 53.6 cm/16.7 x 21.1 in., which sailed away for €13,125. Meanwhile, the fine furniture section featured an imposing 17th-century architectonic cabinet with veneering in rosewood, tortoiseshell, ebony and darkened wood, 195 x 132 x 56 cm/76.7 x 51.9 x 22 in., containing an antique style gilt bronze statuette of a woman in the center of its columned façade. It fetched €19,375.

Great Catalogued Sale of Classical Art
Mercier & Cie
Info and sales conditions
Catalogue
Newsfeed
See all news
French Culture Budget Increases by 7.5 Percent
€840M Collected for the Reconstruction of Notre-Dame
FIAC Announces its Artistic Program
1:54 Contemporary African Art Fair, Ready for a 9th Edition
Not to be missed
Lots sold
From the Living Room to the Bedroom: Cannes-Style El…
The sale of the entire stock of furniture from a château in the…
Lots sold
The Art of Fin-de-Siècle Jewelry
In Lyon, two imposing necklaces conjured up the balls and evening…
Lots sold
Impressive Dutch Style Marquetry and an 18th-Century…
In Lorraine, the contents of a very fine residence set off to new…
Lots sold
Valtat: The Virtuoso of Color
The painter, famous for his vivid landscapes, was celebrated through…