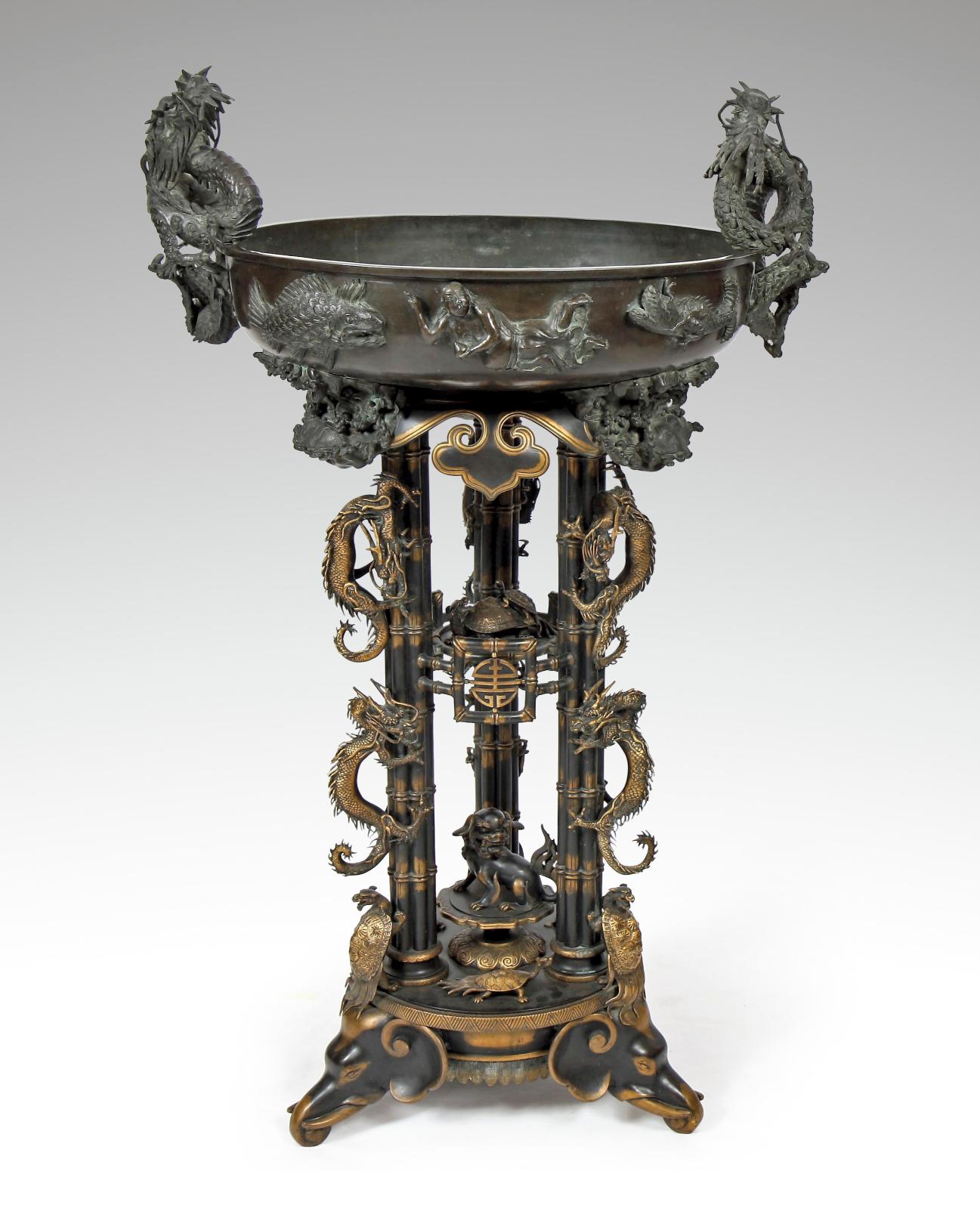 On 21 January at Chantilly, a hammer blow by Oise Enchères auction house awarded well-deserved recognition to this jardinière attributed to Édouard Lièvre, at €143,200: almost three times its high estimate, and a record for the artist (source: Artnet). It also acclaimed the work of the legendary Barbedienne company. Created in around 1880, this bowl perched on its tripod base is typical of the inimitable technique perfected by the cabinetmaker and ornamentist. Lièvre began to produce his famous Japanese-style furniture after the International Exhibition of 1867 in Paris. It had a considerable influence on late 19th century style, with its juxtaposition of Chinese and Japanese animals, as with this spectacular jardinière. Here the dragons are very similar to those of a perfume burner brought back by Cernuschi (inv. M.C. 2082 of the eponymous museum).

Grande Vente de Prestige
Hôtel des Ventes de Chantilly Oise enchères
Info and sales conditions
Catalogue
Salerooms
Newsfeed
See all news
“Vault by CNN": NFTs of Historic News Coverage to Go Up For Sale
Mexican Railway Development Slowed by the Discovery of 13,911 Pre-Columbian Remains
New York’s Callicoon Fine Arts Gallery to Close After Final Show
$2.7B distributed to 286 Arts Organizations by Amazon Stakeholder MacKenzie Scott
Not to be missed
Lots sold
Back to the Louvre for a Heroic Drawing by Fontaine
It is only fitting that this work by Fontaine has returned to the…
Lots sold
A Lalanne Rabbit Hops to Success
Modern and natural works were the core of this sale devoted to Claude…
Lots sold
La Rochelle, Impression: Shifting Sunlight
Water was the blue thread running through this sale’s four most…
Lots sold
A Fishing Scene by Joseph Vernet and a Preemption by…
The auction featured a painting by Vernet and a pair of corner tables…