A Magisterial Bid for Cimabue in Senlis

€24,180,000 very precisely: this was the price paid for Christ Mocked, a little panel by the Tuscan master. 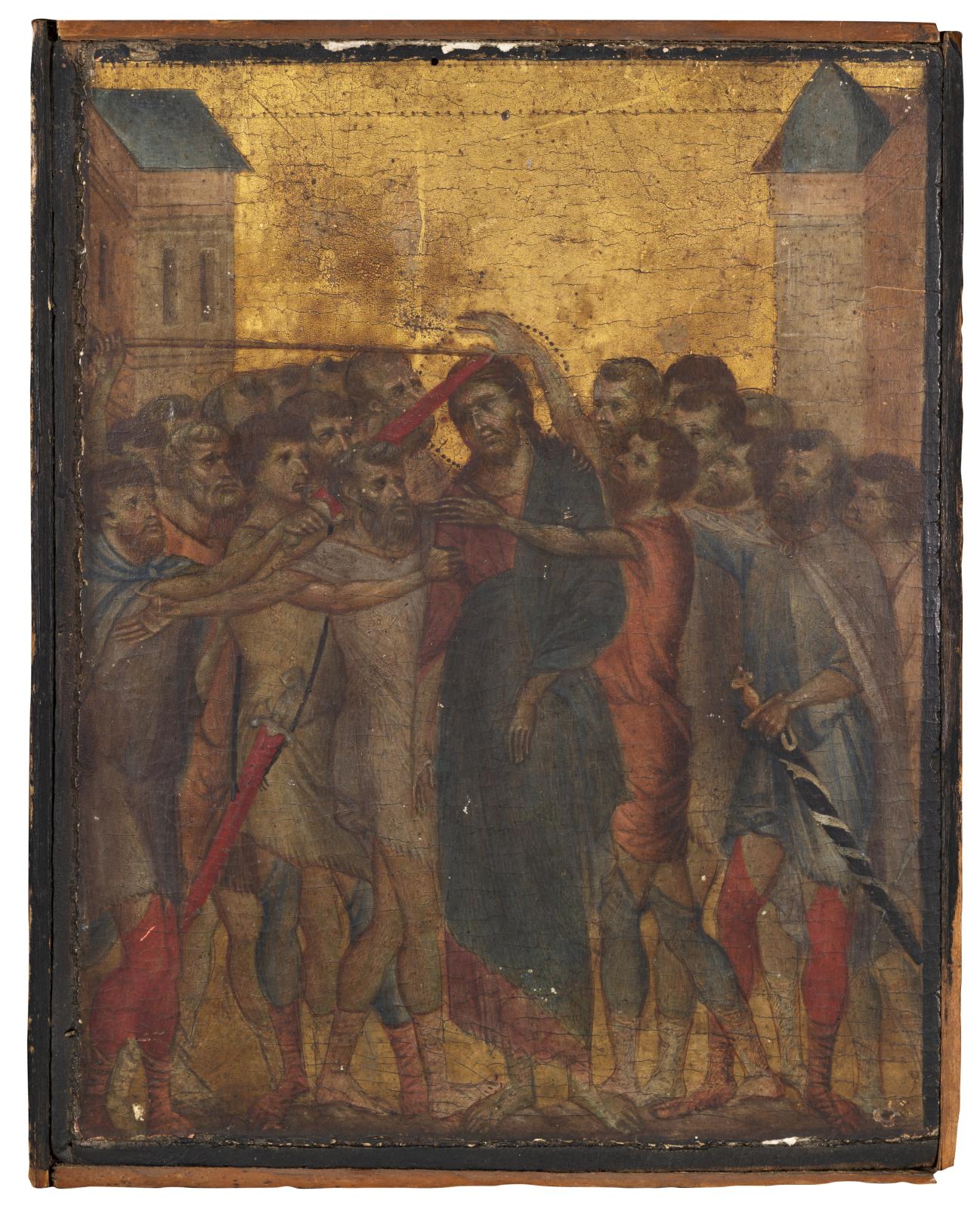 In only a few minutes, bidding for the much sought-after work by Cimabue rocketed after an estimate of €4 to 6 M. When Dominique Le Coënt opened the proceedings at €3 M, eight bidders responded, three in the room. The figure quickly mounted to €9.2 M, and at this level, the Italian dealers were leading the dance. Among them, Giovanni Sarti was battling Éric Turquin, representing a major museum, and several telephones. But at €13.5 M there were only two contestants left in a duel that ended when the hammer finally crashed on €19.5 M. One thing is certain: it was awarded to Francesco Ortenzi, working in the forefront for the Florentine dealer Fabrizio Moretti… himself buying on behalf of two mysterious collectors. There also remains one decisive unknown factor: the export licence, which has not yet been granted. Christ Mocked has now become the work setting every record, as announced by the Actéon auction house: "The most expensive  Primitive (i.e. pre-1500) in the world, and the eighth most expensive Old Master after paintings like Leonardo da Vinci's Salvator Mundi [Christie’s New York, 2017] and Peter Paul Rubens' Massacre of the Innocents [Sotheby’s London, 2002]. It's also the highest bid of the year in France!" It is true that it was the only work by Cimabue still in private hands, and thus within reach of the (well-stocked) purses of the world's leading museums and collectors. Its discovery in the Oise region, at the home of the last representative of three generations of women who had inherited the panel unaware of who the artist was, already smacked of a miracle. Because two other similar small panels were found in the Frick Collection in New York and the National Gallery in London, which like the one here came from a diptych cut up at an unknown date, and confirmed its incredible origin.

A Christ mocked… and extremely desirable
After the sale and record bid garnered by Cimabue's panel, speculation is rife as to its buyer(s).

The day of the sale, the honorary CEO of the Musée du Louvre, Michel Laclotte, celebrated his 90th birthday by watching the bidding online on his screen. Had the Louvre pre-empted Christ Mocked, it would have offered the founder of the Musée du Petit Palais, who has worked tirelessly to promote the Italian Primitives, the most magnificent of all gifts. Who knows? Before the sale, Dominique Le Coënt had carefully reiterated the conditions: "It is your responsibility to pay for the cost of insurance and storage", but "there will be no payment as long as we have no export licence." Even if it had been possible to convene an urgent meeting of the Trésors Nationaux consultative committee – an aspect not covered by the regulations  –, the Actéon  auction house would not have had enough time to provide it with an opinion, as the application for a certificate was submitted so late. A blessing in disguise: how would it have been possible to propose an estimate for a work by an artist who had no price index? At Senlis, ten or so people proved willing to take the risk of having to wait thirty months and possibly of never owning this painting nearly 740 years old. Eight of them took part in the bidding, some acting in tandem; two potential buyers didn't even manage to raise their hands, as the bidding soared so rapidly. The presence at the back of the room of Nicole Garnier, general curator of the Musée Condé, and Thomas Bohl from the Musée du Louvre, did not worry foreign buyers. Would it have even been possible to pre-empt the painting at such a price?

The Alana lead
If France decides not to classify this world treasure as a "national treasure", it could perhaps join the other "Masterpieces of Italian painting" from the Alana collection at the Musée Jacquemart-André until 20 January. Well used to bidding at public auctions on behalf of Álvaro Saieh and Ana Guzmán, Francesco Ortenzi, who works for the Florentine dealer Fabrizio Moretti, landed the final bid for a customer whose name he refused to reveal. However, all our Italian and American sources confirm the Alana lead. There was another clue: a few hours after the sale on Sunday, Fabrizio Moretti told the New York Times that he had acted on behalf of two collectors… Whatever the truth of the matter, the Alana collection does not "possess" the Senlis painting to date. Its fate should be sealed in three and a half months' time, the legal period for the Ministry to rule on the matter. Should  the certificate be refused, a dramatic turn could come about if Álvaro Saieh decided to keep the painting in France. At that stage, the main losers would be the Getty Museum, which had been forced to drop out of the race, and the Metropolitan Museum of Art, which would have loved to hang the Cimabue next to Duccio's Madonna and Child: a painting whose acquisition for $45 M caused a great stir in 2004
A NEWLY DISCOVERED PAINTING BY CIMABUE AT AUCTION
Actéon - Compiègne Enchères
Info and sales conditions
Catalogue 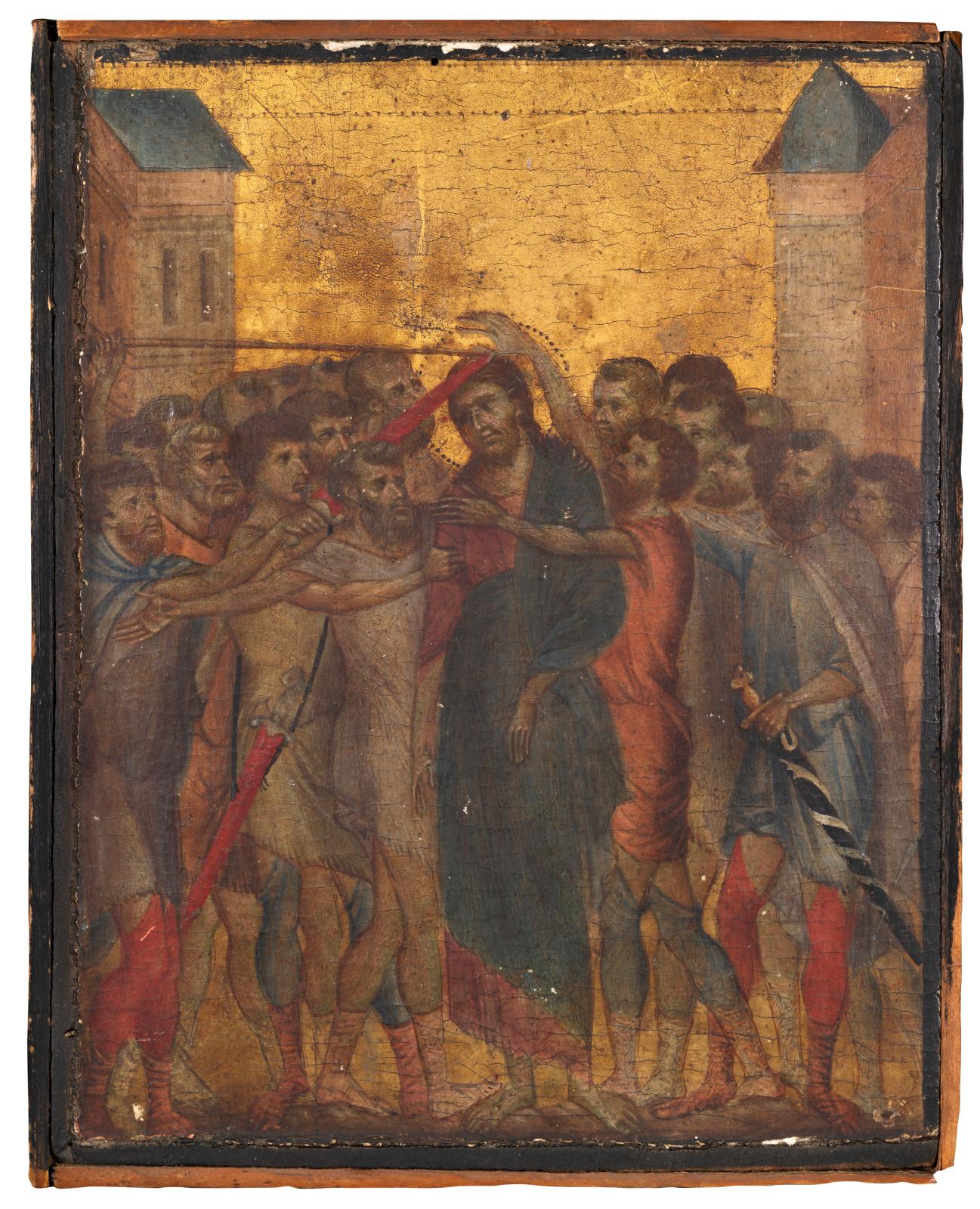 Newsfeed
See all news
St Genevieve Chapel in Paris, to Undergo €232K Restoration
The Craft of the Gondola in Crisis
3 Generations of Wyeth Painters on View at Farnsworth
Italian Museums Help Vaccination Campaign
Not to be missed
Lots sold
Alphonse Osbert, Master of Pastel
A pastel by Osbert pays homage to woman, seen here from behind,…
Lots sold
King Louis XVI's Sister and her Furniture from the Tuileries…
A bergère was the star at this sale in Normandy, where the name…
Lots sold
A World Record for Pompon
In his fables, the 17th-century French poet Jean de La Fontaine…
Lots sold
A Historic Toulouse-Lautrec
A collector took the bit between his teeth to acquire this work…