Zingg: in praise of the rural world 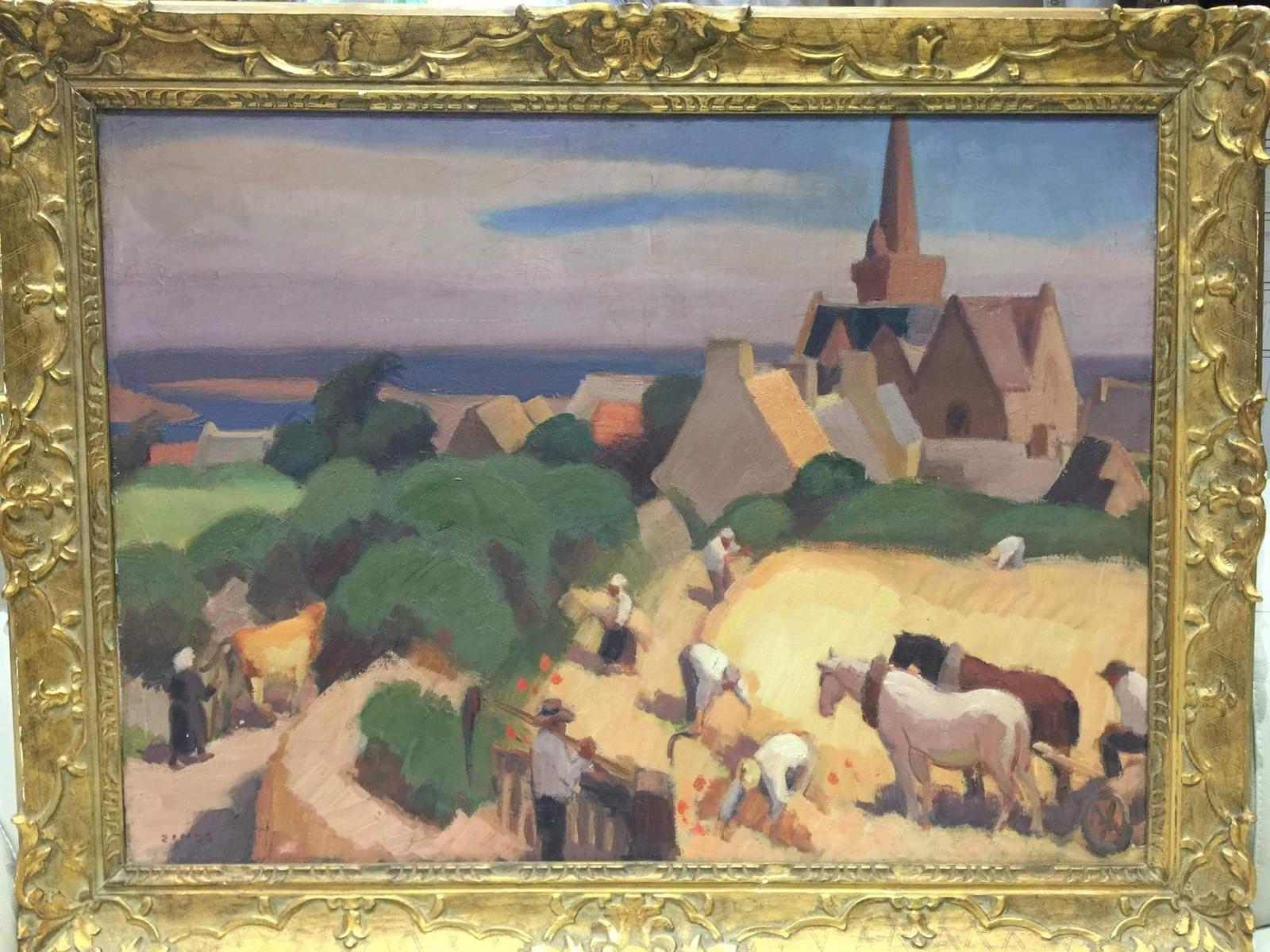 Born in Montbéliard, situated in eastern France, the painter Jules-Émile Zingg (1882-1942) liked nothing better than crisscrossing the French countryside, paying tribute to it in his compositions. Here seven of his works were up for sale, all exalting labour in the fields and the simple working life. This broadly-brushed Harvest near Lannion garnered the highest bid at €28,500. In 1914, right at the start of the Great War, the artist moved to Brittany, where he met Maurice Denis and Paul Sérusier and was won over by the ideas of the Nabis. He abandoned the academic painting he had learned with Fernand Cormon (1845-1924) and adopted a more modern approach, as witnessed in this piece painted in warm colours and considerably imbued with synthetism. It was followed by another painting, Garland-making at Boury-en-Vexin (73 x 100 cm), which fetched €14,500. Summer was succeeded by autumn, then winter, with €4,500 for a snow-covered Farmyard at Le Russey painted on a panel measuring 46 x 62 cm/18.1 x 24.4 in. Giving full rein to the simplicity of his talent, Zingg was the painter of country life, responding to the changing the seasons.

EXCEPTIONAL SET OF SEVEN WORKS BY JULES-ÉMILE ZINGG FROM A PRIVATE FRENCH COLLECTION
Art Richelieu - Castor Hara
Info and sales conditions
Catalogue
Results
Newsfeed
See all news
Due to the summer holidays there will be a pause in the newsfeed. We will be back Monday, August 24th. Have a wonderful summer vacation!
Met Museum in New York acquires Wangechi Mutu sculptures
US House of Representatives vote to create a national museum dedicated to Latin Americans
Church volunteer confesses to starting the Nantes Cathedral fire
Not to be missed
Lots sold
Portrait of a young follower of Winckelmann
Under the watchful eye of the master Johan Joachim Winckelmann,…
Lots sold
The Gospels according to Brueghel, and botany with B…
Three days of sales saw a parade of musical instruments by famous…
Lots sold
From the Marquesas Islands to Vanuatu, Oceanic arts were…
Artifacts with a mysterious purpose from these distant lands were…
Lots sold
Deeply inspired objects from Sèvres to Hadrian
A Sèvres Chinese service and the profile of Emperor Hadrian sculpted…