Two leading names in fashion and illustration unite on the painted leaf of a fan, stirring up the wind of preemption. 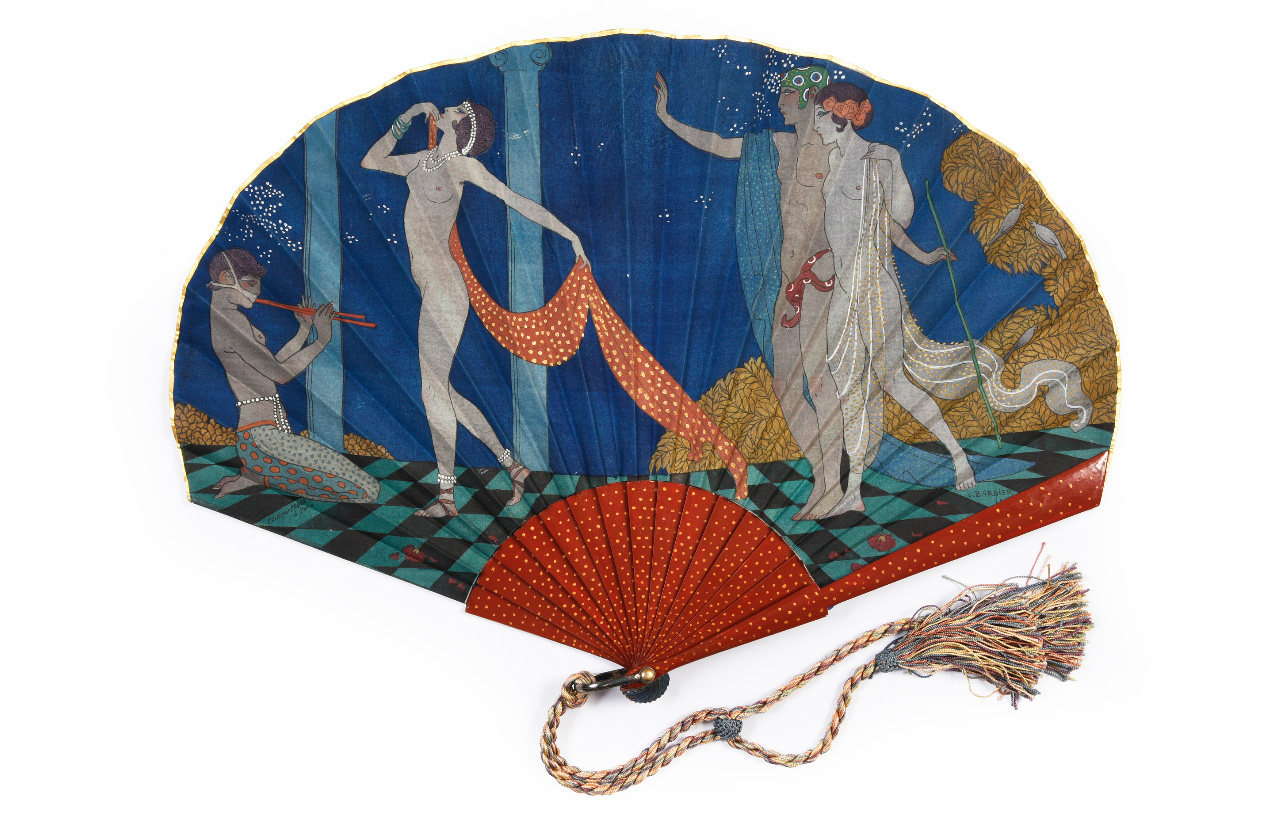 Over the Atlantic, the Metropolitan Museum in New York will no longer be the only museum to own a copy of this rare fan model, as the one you are looking at has been bought for €12,880 by the FIDM Museum & Library in Los Angeles. The balloon-shaped accessory consists of a leaf stenciled with an antique style dance scene (a naked girl moving to the music of a flute player, admired by a couple), bone sticks delicately painted with a pattern of orange flowers on a midnight blue background, a metal ring and a tassel in similar colors. This instrument of seduction was designed by Georges Barbier (1882-1932) in 1911 for the Paquin company, then directed by Jeanne. Barbier was already famous as a fashion designer and illustrator.

Meanwhile, Les Camélias, a brisé model in mauve-tinted goldfish mother-of-pearl, landed €7,599. Made by Georges Bastard (1881-1939), the iridescent fan embodied the same light spirit of the Roaring Twenties as the previous one. Lastly, the Musée des Arts Décoratifs in Paris made five preemptions, including for two fans from the early years of the Revolution, one embellished with counter-revolutionary verses citing the King of France—"Ô Louis, Ô mon roi", €2,383—and another illustrating the royal family's return to Paris in 1791, which fetched €1,030. 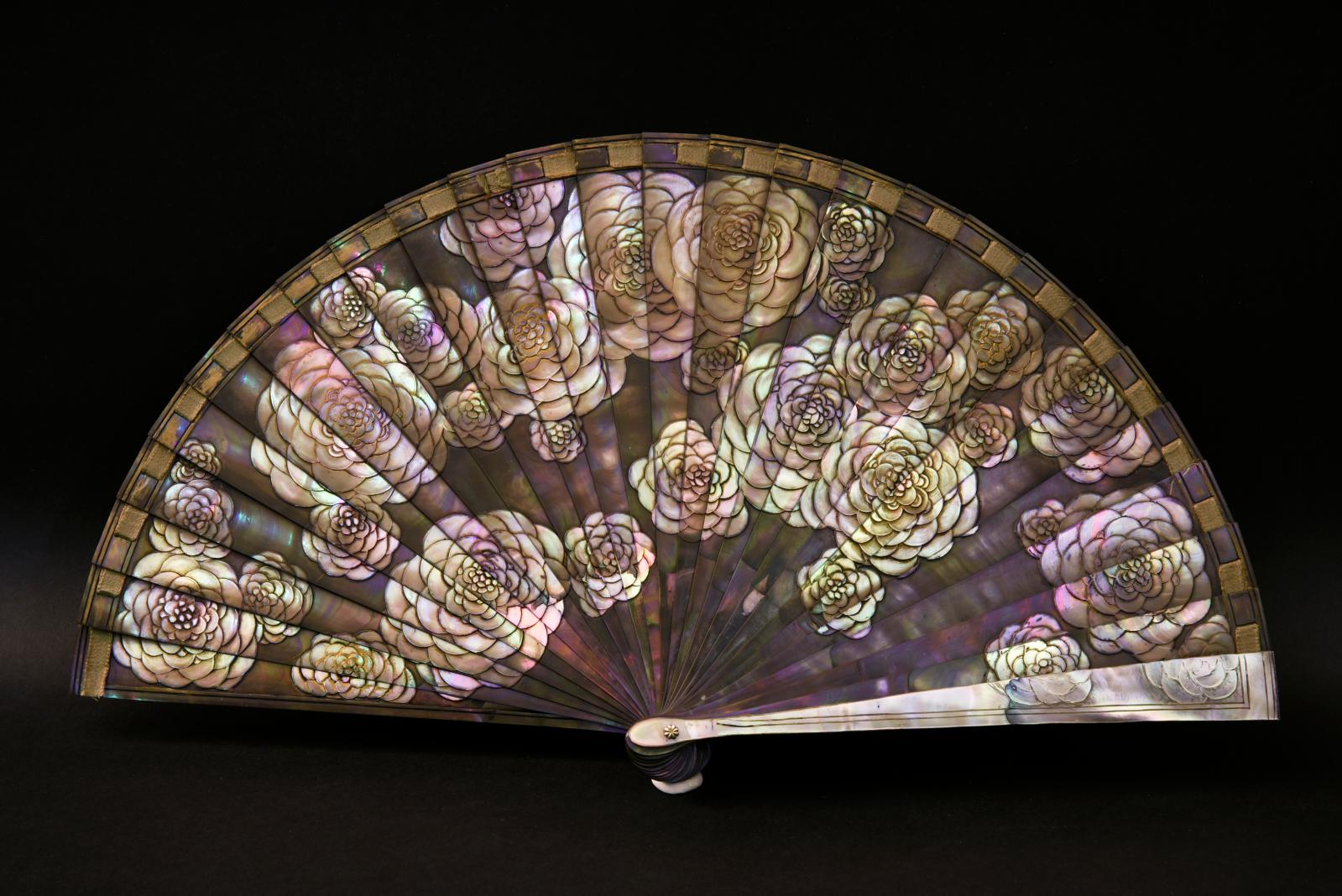 A tool of seduction if ever there were one, the fan can also rise to the rank of art, like this one by Georges Bastard, heir to a dynasty of table inlayers who breathed new life into these precious accessories.