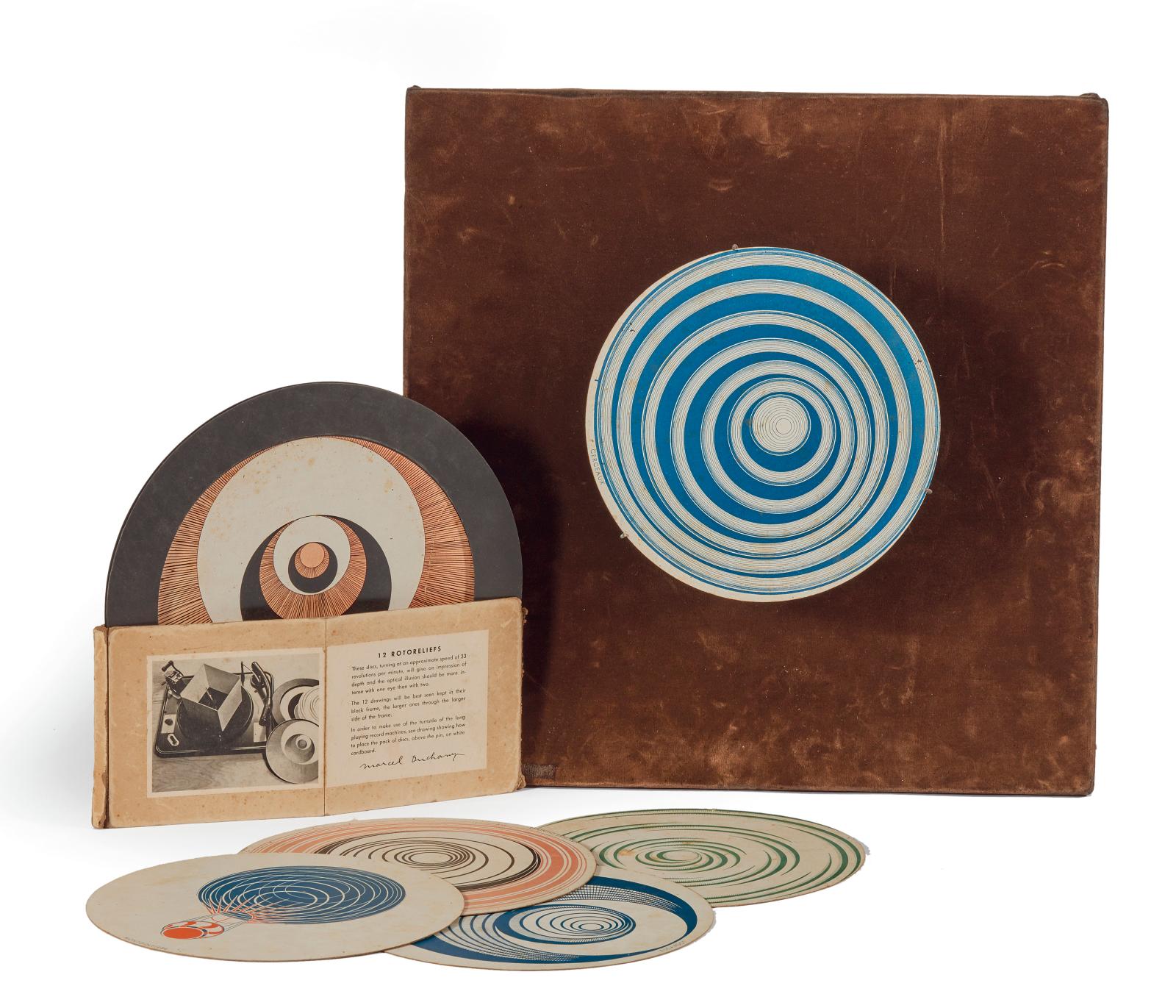 The work of artist Marcel Duchamp (1887-1968), hailing from Normandy, will be highlighted at the Rouen Musée des Beaux-arts, starting in June. The curators, keen to explain how he contributed to the radical upheaval of art in the twentieth-century, devised a clear, easily comprehensible guide. Duchamp's work appeared with the Audap-Mirabaud auction house (Mr. Perras) at Drouot on Friday, February 2, catching the eye of the Bibliothèque Nationale de France, the National Library of France. The Paris institution placed a preempted bid for the complete set of the twelve "Rotoreliefs" (each with a diam. of 19.8 cm, 7.8 in) created in 1935 and edited by Daniel Spoerri and Jean Tinguely in 1959. These cardboard discs printed with spiral patterns, which were placed on record players to produce an illusion of volume, whirled off at €10,428.