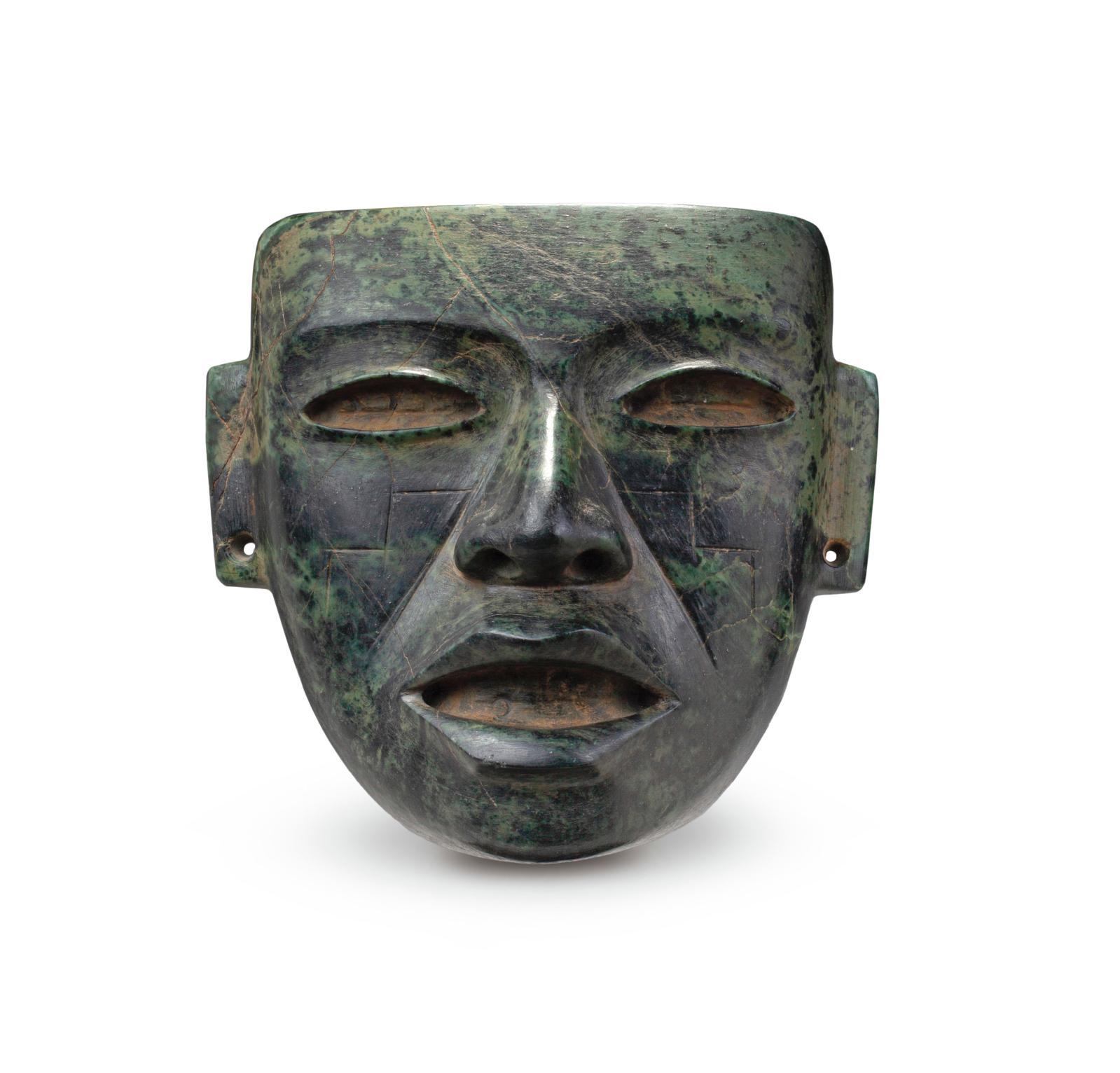 Mr M. started his collection after being fired with a love for pre-Columbian civilisation at an exhibition he saw in Geneva's Rath Museum. It contained gold jewellery components and carved stones, including this Teotihuacan green hardstone mask dating from the classical period (200-650 AD), which fetched €97,500. Like all pieces produced during this period, this one is imbued with a hieraticism that makes it immediately recognisable. There was also a more astonishing object: a shamanic mortar, used to prepare potions with hallucinogenic effects. Carved in veined, speckled hardstone, this object from Ecuador's Valdivia/Chorrera transition culture (1500-600 BC), in the form of a jaguar but with a tail coiled like a monkey's, garnered €24,700. Mr B.'s collection was notable for the €14,950 fetched by a cult stone hacha featuring a carved human head from the classical period (200-900) of the Veracruz region. Meanwhile, the third collection, belonging to Gérald Berjonneau – most of whose pieces were successfully sold on 20 September 2017 at Drouot – was acclaimed with €36,150 for a striking throne carved in volcanic stone with the head of the Crocodile god. This came from Costa Rica's Nicoya culture (period VI), between 1000 and 1550 AD, and must have belonged to a high dignitary.