Shepard Fairey at Home at Drouot

A triumphant return for one of the most influential urban artists of the moment, with a politically committed stencil in the auction concluding a week dedicated to street art. 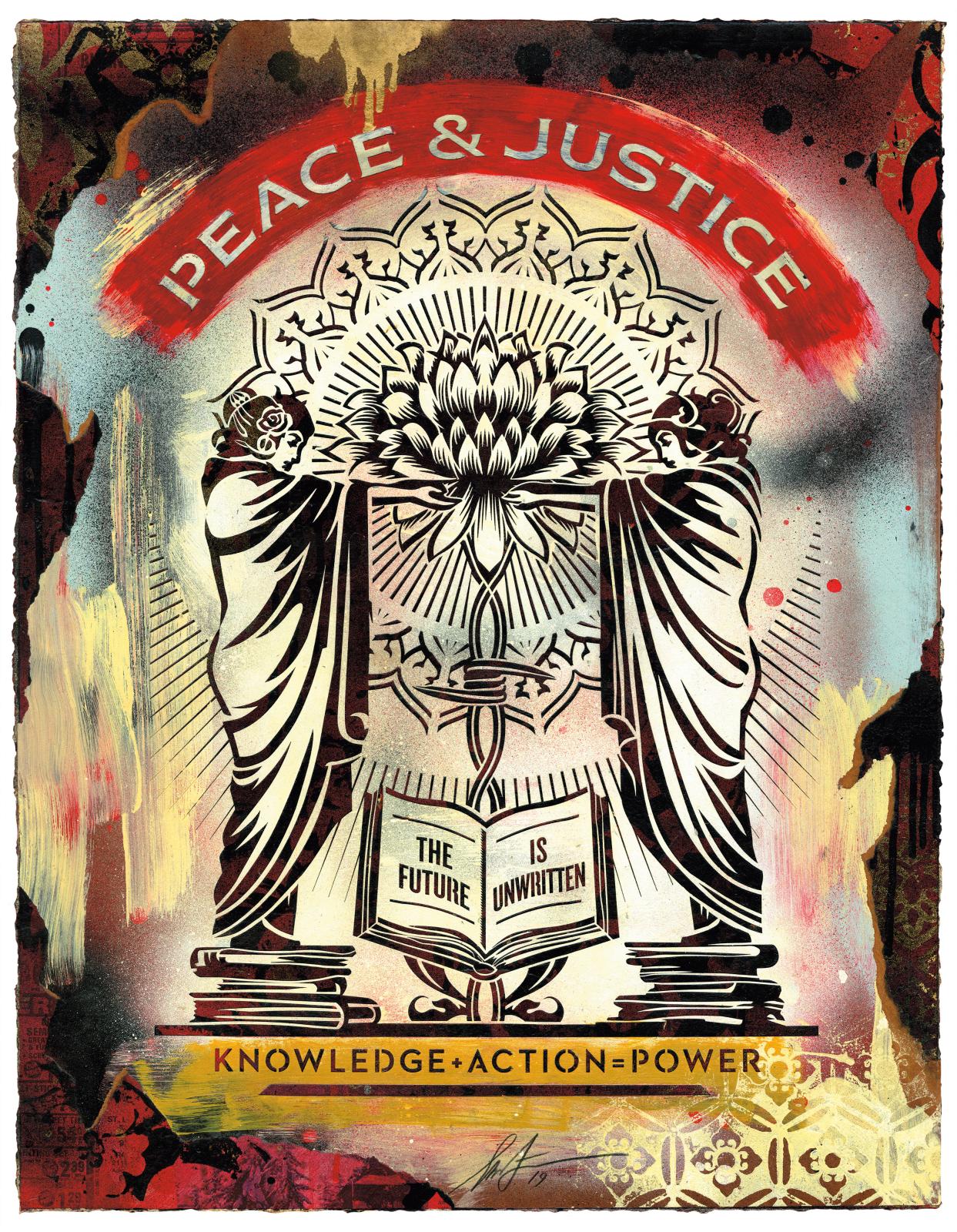 As with the first edition in 2018, the street art week at Drouot, led by the District 13 - International Art Fair, ended on Sunday 29 September with an auction. And as last year, Shepard Fairey emerged victorious. This time around, the American artist, who gave a talk last year, designed the poster for the event entitled District 13 Lotus Woman. However, it was with Knowledge + Action, a 2019 spray paint stencil and paper on paper collage that he garnered €45,500. This one of-a-kind work touches on the same theme as the blue-toned fresco created in June on the wall overlooking the Stravinsky Fountain, near the Centre Pompidou in Paris, but in different colours. The messages "The Future is Unwritten" and "Knowledge + Action = Power" written at the foot of the figures reflect the artist's convictions, known the world over since Hope, the 2008 campaign poster for the then presidential candidate, Barack Obama. He himself demonstrated his political commitment in his Instagram account during the inauguration, writing: "Apathy and ignorance have promoted a decline in civility and quality civic engagement, giving rise to forces who promote fear, division, and nationalism. We all need to understand the importance of both educating ourselves and taking action as we shape the future."