A graceful drawing by Jean-Baptiste-Marie Pierre—a study for the painting of L'Enlèvement d'Europe (The Rape of Europa)—enchanted bidders. 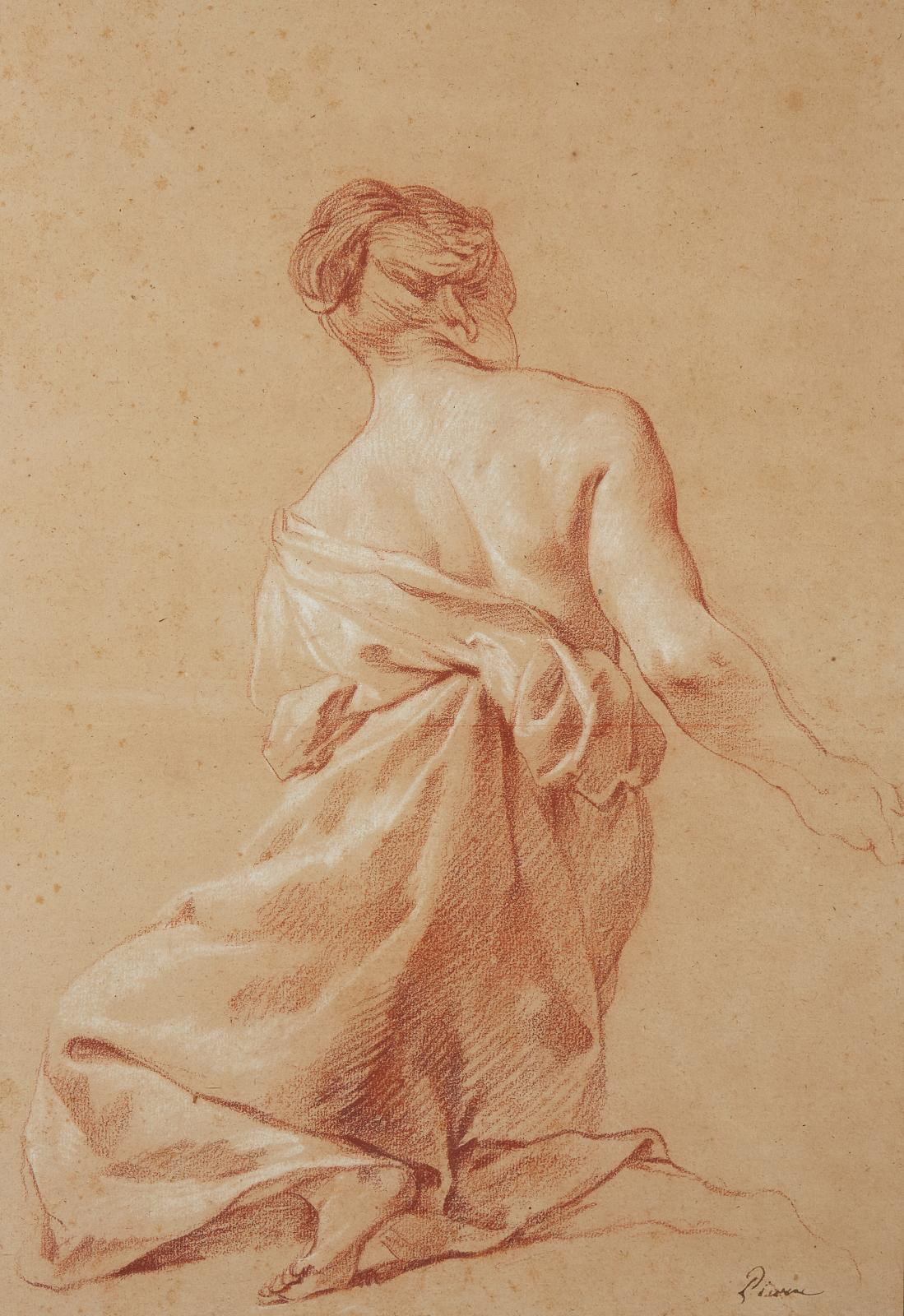 Jean-Baptiste-Marie Pierre (1713-1789) was a Parisian artist active at the height of the 18th century, who was born in the early years of the century and died on the eve of the French Revolution. This pupil of Natoire was also a true representative of the system: a winner of the prestigious Prix de Rome in 1734, first painter to the Duc d'Orléans, first painter to the King for 19 years, and director of the Académie Royale de Peinture et de Sculpture (The Royal Academy of Painting and Sculpture founded in 1648).

This drawing is thus the work of one of the most revered artists of his time, who tackled every genre with equal talent—from grotesque bambocciades (grotesque scenes from common life) to lofty religious décors—and rendered them with great fidelity, as we see here. This Kneeling Woman with Drapery Seen from Behind is a preparatory study for the painting of L'Enlèvement d'Europe (The Abduction of Europa), loaned to the Musée des Beaux-Arts in Arras until its destruction during the First World War. All these qualities garnered it €45,936 and first place among his body of drawings (source: Artnet).