With this study for a large painting, Ary Scheffer illustrates a dramatic episode in the violence perpetrated against Greece in the 19th century. 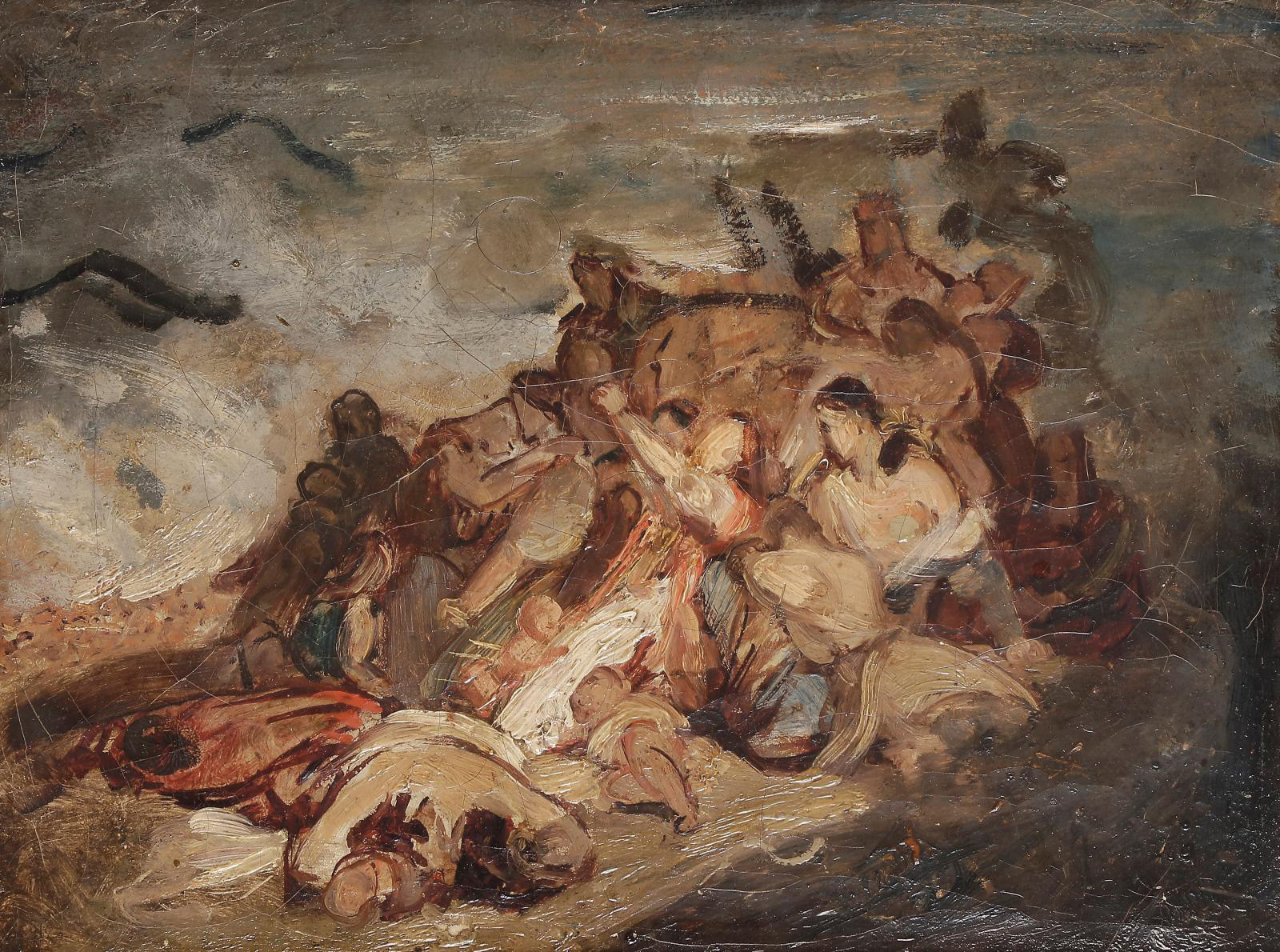 The violence inflicted on a Greek population yearning for freedom from Ottoman domination in the early 19th century affected Europe deeply at the time, and many intellectuals—headed by Lord Byron—took up the Hellenic people's cause, as did artists. One was Ary Scheffer, who exhibited a large and powerful composition at the 1827 Salon, Les Femmes souliotes (The Souliot Women). The work, bought by Charles X the following year for FF4,000, is now in the Musée du Louvre.

Before painting this piece of history, the artist made several preparatory sketches. One is now in the Dordrecht Museum in Holland, and another in the Reims Museum of Fine Arts. The one here sold for €26,880. The tragic episode took place in the winter of 1803. It was a prelude to the Greek War of Independence and involved the mass suicide of the women of Souli, in the Epirus region. They were separated from their husbands and trapped in the mountains by the troops of the governor, Ali Pasha of Janina (1789-1815). Knowing they were about to be massacred, they decided to kill themselves. With their babies and children, they danced forward singing, hand in hand, and leapt from a cliff. The subject clearly moved Scheffer, an artist in love with Romanticism, and he was certainly well-equipped to do justice to the tragedy.