China, an outsider at this complete auction of several specialties, reigned supreme. 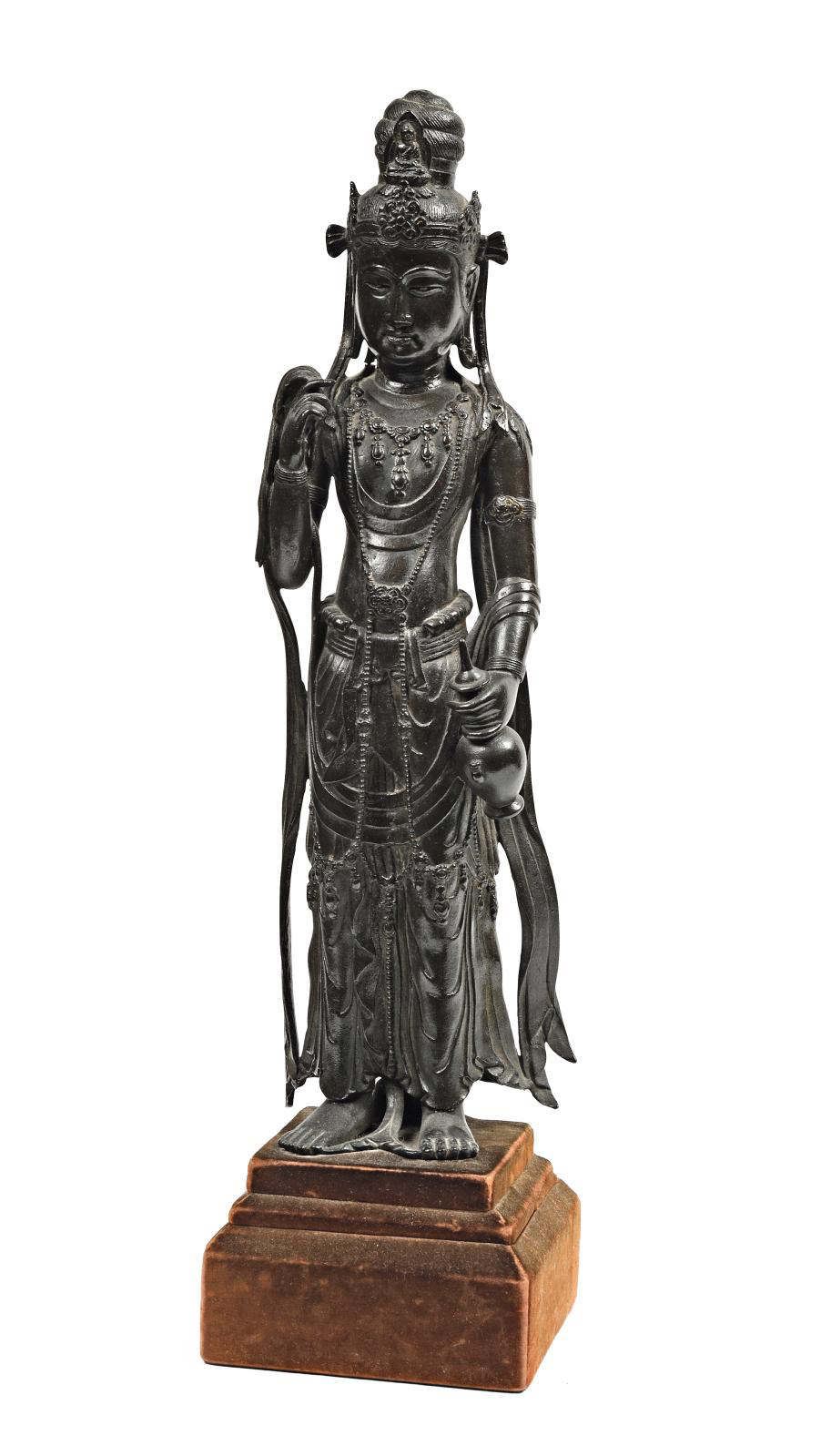 The rule was once again confirmed: estimates of objects from China do not predict their results. The sale began modestly but ended with much higher bids, starting with €346,800 for a 17th-century bronze statuette of Guanyin with a brown patina and traces of gilding. The female deity in the Buddhist pantheon stands with a fly-whisk in her right hand. Her face is serene, and she carries the seated Buddha in a mandorla in front of her hair raised in a bun.

Porcelain was equally coveted. A guan jar decorated with a blue underglaze featuring wild geese in an exotic landscape with bamboo, flowering millet and a stream (h. 28 cm/11.03 in, dia. 34 cm/13.39 in), fetched €108,800. There is no mention of a mark or stamp in the bidding sheet; but presumably it was under the heel, catching the bidders’ attention.

A nearly identical result, €101,120, awaited a large circular wall plaque (dia. 62 cm/24.41 in) fully adorned with enamels of the rose family. The decoration also features a landscape of a mountain, pine trees and rocks with scholars sitting around a table conversing or unfurling a painted scroll, as well as children having tea. The piece dates from the Guangxu period (1875-1908). A large Ming Dynasty ochre and green glazed clay ridge tile (h. 51 cm/20.08 in) depicting an armor-wearing temple guard in a defensive position sold for €10,880. Then the auction leapfrogged to 19th-century Japan: a wakizashi sword (o-tanto) with a grooved blade (l. 36.2 cm/14.26 in) fetched €57,600.