This “Sun King” mirror confirms the popularity of a designer who gave her works poetic names. 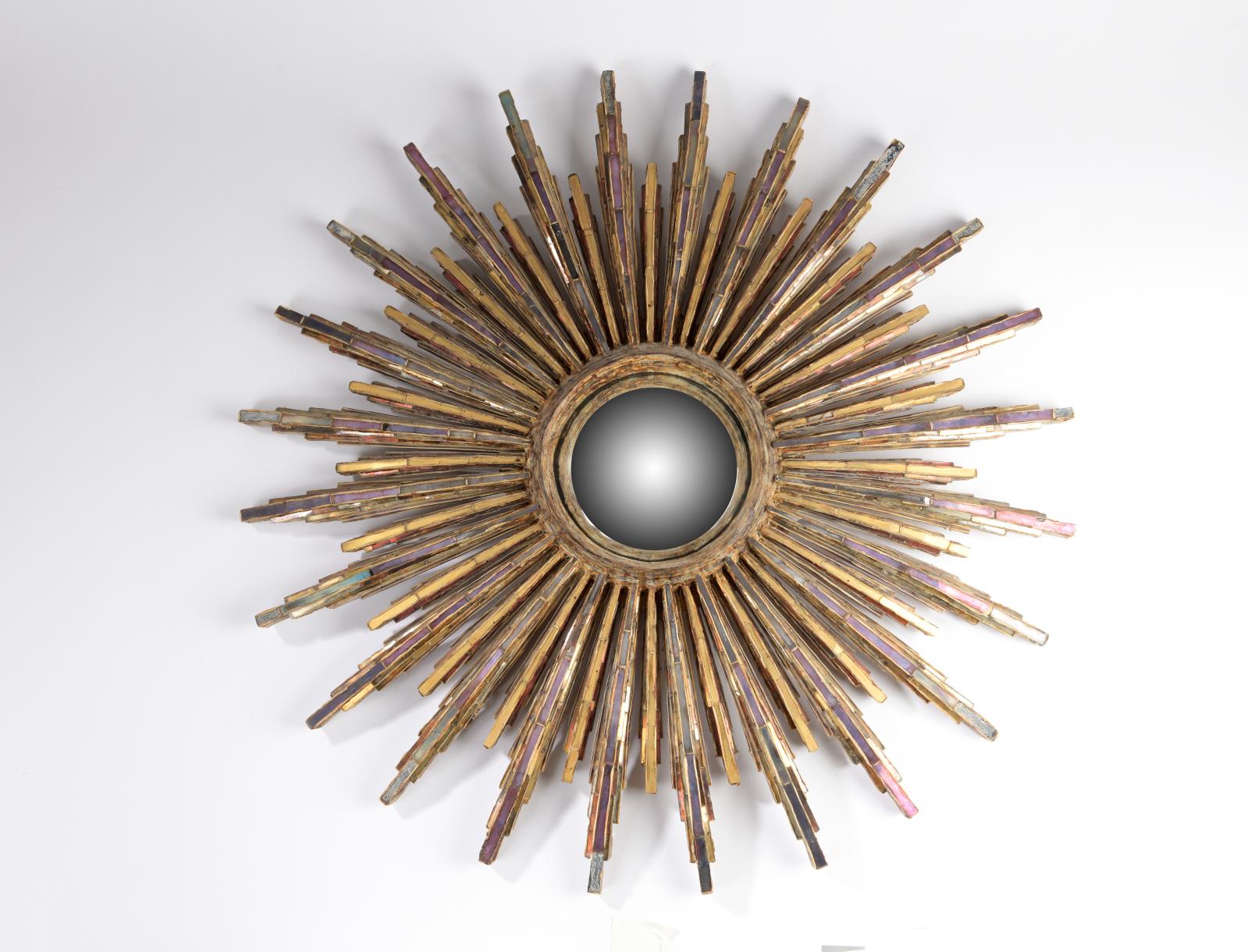 With golden rays darting out from its Talosel crown, this mirror by Line Vautrin was aptly named after the “Sun King”. Doubling its estimate, it confirmed the designer’s popularity. Her prices have risen by nearly 50% in the space of 10 years. Another major designer was also represented: Serge Mouille, whose 1950s wall lamp with two swiveling light arms in lacquered metal and brass fetched €10,000. A set of eight chairs stamped Jacques Émile Ruhlmann was carried off for €8,750. This model, with a wide, slightly reclining backrest, dates to 1932. Ruhlmann made similar pieces for the Maison des provinces de France at the Cité universitaire de Paris. Last but not least, a bronze umbrella stand by Paul-François Berthoud, featuring Sarah Bernhardt’s face and inscribed “Salon 1902”, fetched €8,000.