Offered at an auction dispersing items from an Île-de-France château, King Louis-Philippe’s Sèvres china service from Trianon will return home. 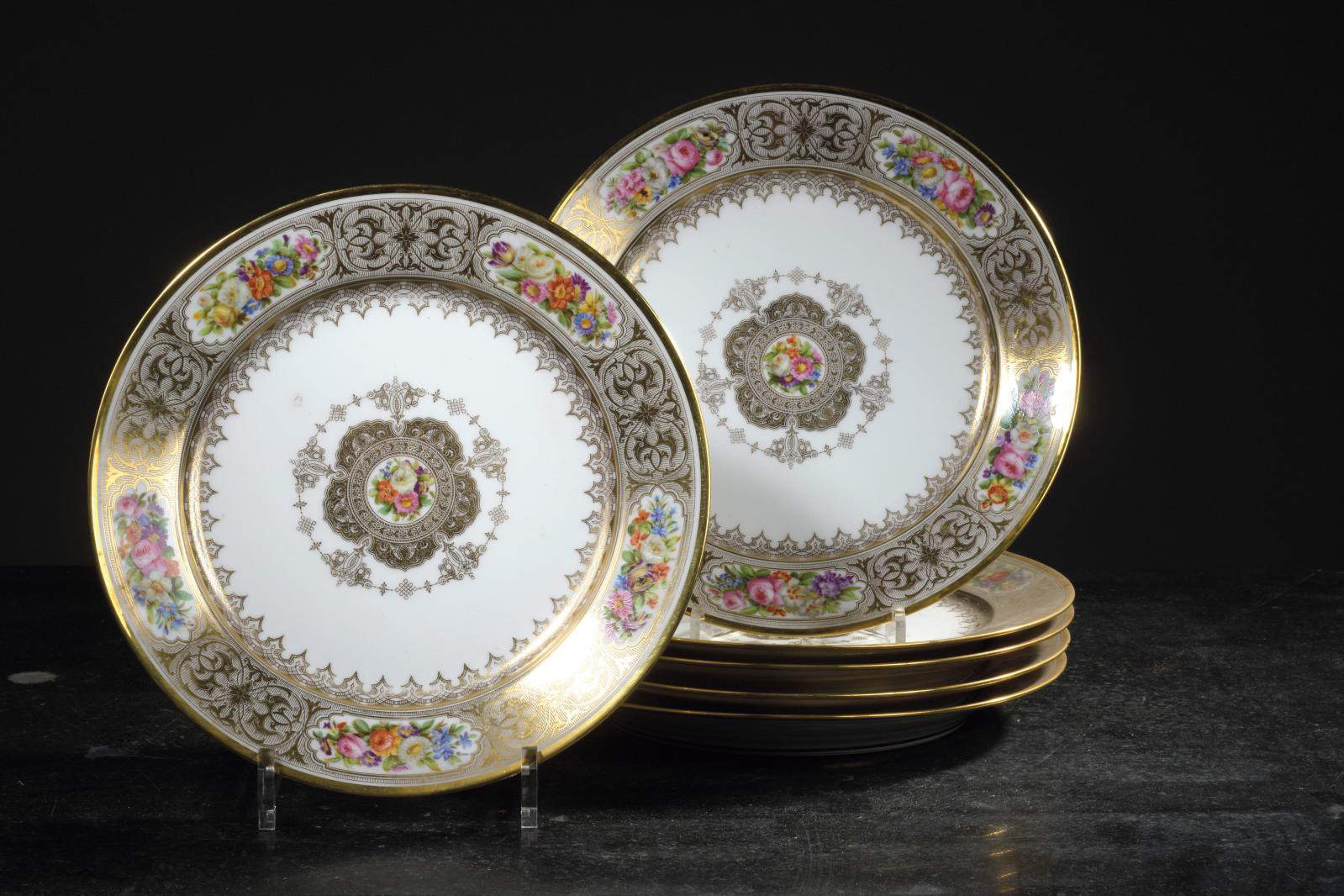 An early 19th-century mahogany gaming table by Jacob Frères, reasonably valued in view of its cousins' pedigree, sold for €32,500, over 20 times more than the expected €1,200/1,500. It has a special frame with rings, spindles and capitals joined by an openwork gallery spacer identical to that of two perfectly attested pieces. Jacob made this pedestal table in 1806 for Empress Josephine’s small bedroom at the Palace of Fontainebleau. Another, attributed to Jacob Frères, was made for Caroline Murat's apartments at the Elysée Palace, now at Malmaison: a beautiful relationship. The house still contained a set of 18th and 19th-century Sèvres china and two sets of 24 plates (dia. 24.5 cm) from Louis-Philippe's Trianon service delivered around 1845. Decorated in the centre with a bouquet of flowers in a medallion and around the rim with five reserves of flowers on a gold foliage ground, they fetched €19,500 and €18,200, respectively. Pre-empted by the Établissement public du château, du musée et du domaine national de Versailles (Public Establishment of the Palace, Museum and National Estate of Versailles), they will soon be back in their original home. The King of France stayed at the Grand Trianon in 1835 in order to oversee work at the royal palace.

Print the article
Newsfeed
See all news
Robert E. Lee Statue to Be Melted Down
Sarcelles France – Engraving Capital of the World Through December 12th
Discovery of an Extraordinary Mummy in the Region of Lima
"The Little Prince" Manuscript To Be Exhibited for the First Time in France in 2022
Not to be missed
Lots sold