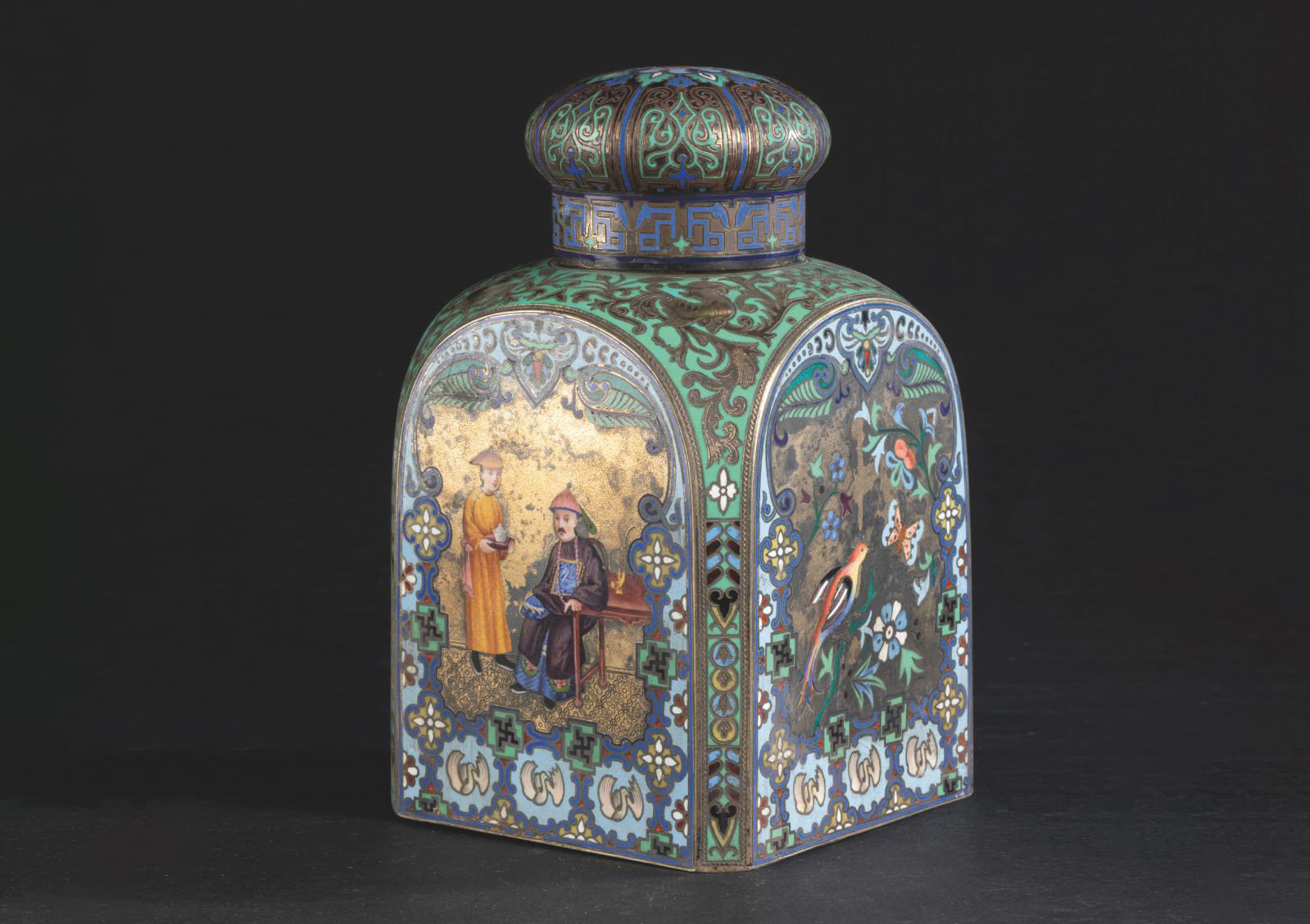 After a battle between in-person and seven telephone bidders, a Russian collector acquired this rare tea box by Pavel Ovchinnikov for €25,760, well above its high estimate of €3,000. One of Tsarist Russia’s most prestigious goldsmiths, in 1853 Ovchinnikov founded his Moscow workshop, which was as famous as Fabergé's. After exhibiting at the 1867 Universal Exhibition in Paris, his fame rapidly spread beyond Russia’s borders. Ovchinnikov had worked for the Russian royals for nearly 16 years before becoming official purveyor to the court of Alexander III in 1882. Crowned heads from Denmark to Italy sought him out.

His pieces usually drew on Russian folklore, but in this case it was China that inspired the decoration of this picturesque luxury object. Another Chinese piece, a 17th-century porcelain baluster vase with yancai enamel featuring dignitaries in a garden and a carved, openwork wooden lid, fetched €33,488 (h. 34 cm/13.4 in). It bears the Chenghua Emperor's mark, of doubtful authenticity. René Lalique's Grande nue bras levés (Tall Nude with Raised Arms, 57.5 x 8.5 x 9.5 cm/22.64 x 3.35 x 3.74 in) in satin-frosted molded glass, based on a model designed in 1921, sold for €38,640.