This small treasure trove of photographs by leading exponents of the mid-19th century was recently discovered in a property in Touraine. 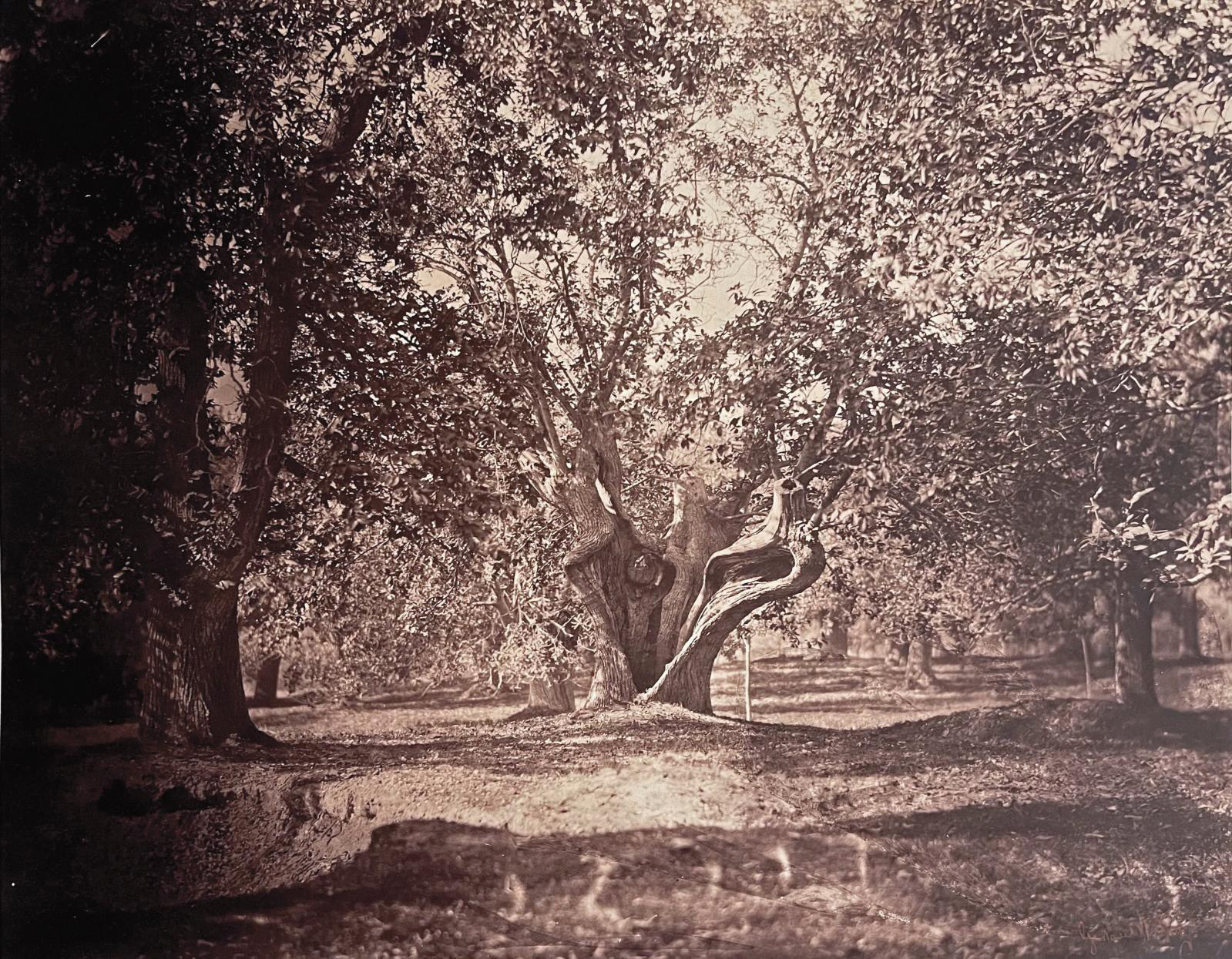 Visions of the 1850s had lain sleeping in forgotten albums, starting with two albumen prints by one Gustave Le Gray, characteristic of his explorations at the time. The first, Le Chêne creux, Fontainebleau (The Hollow Oak, Fontainebleau), dates from around 1856. At this period, Le Gray was traveling through the forest of Fontainebleau to photograph its most picturesque spots, harking back to his studies as a painter. This fine print (31.8 x 41.2 cm/12.5 x 16.2 in) with two stamps—one a signature in red, the other a dry stamp on the mount—garnered a splendid €114,400 after a high estimate of €20,000. There is only one other identified extant print of this shot, dated 1859, now in the Art Institute of Chicago.

It was accompanied by La mer Méditerranée à Cette (Sète) (The Mediterranean at Sète) from 1857. The print, also sporting the red signature stamp and dry stamp on the mount, as well as a label bearing the title (32.1 x 41.7 cm/12.6 x 16.4 in), sparkles with endless reflections. This is part of the series of views of the French coastline Le Gray was working on at the time. Only three prints have been located of this highly appealing and incredibly fresh-looking southern scene, one of which is in the BnF (French National Library), so it certainly earned its €39,000.

Eugène Le Dien was another early photographer, who mainly focused on Italian art cities like Rome, Naples and Pompeii. In 1852 he produced this large salt print (33 x 23.6 cm/13 x 9.3 in) of The Temple of Castor and Pollux in the center of the Forum (€7,250). He made this print in Rome before entrusting his paper negatives to Gustave Le Gray on his return to Paris, who numbered them in ink. Two other prints stamped "Le Gray Le Dien" are now in private collections. 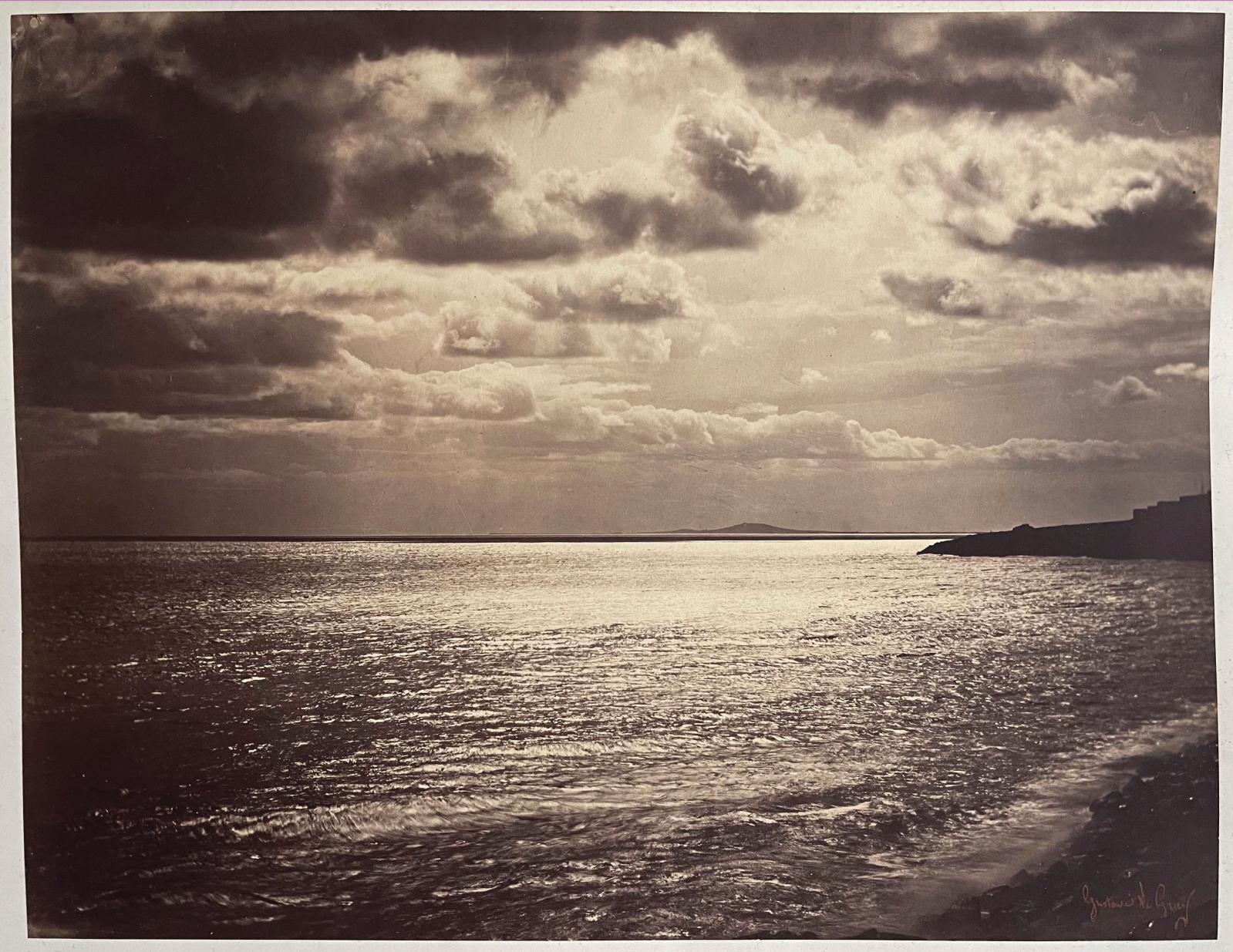 A group of beautiful old photographs from an estate in Touraine, one of the traditional departments of France, will be auctioned off, starting with proofs by Gustave Le Gray.